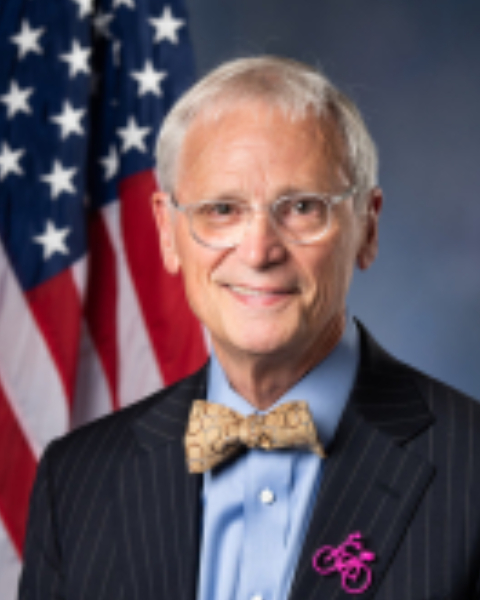 A lifelong resident of Portland, Oregon, Congressman Earl Blumenauer is one of Oregon’s innovative leaders. Raised in SE Portland, Earl attended Centennial High School. While still a college student at Lewis and Clark College, he led the campaign in Oregon to lower the voting age. He was a key player just two years later as one of the youngest legislators in Oregon’s history in a landmark session for school funding, ethics reform and Oregon’s groundbreaking land use laws.

As a Multnomah County Commissioner and member of the Portland City Council, Earl’s innovative accomplishments in transportation with light rail, bicycles and the street car, planning and environmental programs and public participation helped Portland earn an international reputation as one of America’s most livable cities.

Elected to the US House of Representatives in 1996, Earl has been a tireless advocate for the 3rd Congressional District. He’s recognized for his creative, innovative policies and accomplishments, and also his political leadership in Oregon and nationwide. He tackles controversial issues and finds ways to break ideological and partisan gridlock with a unique approach to problem solving that brings people together.

He is currently a member of the Ways and Means Committee, Chairman of the subcommittee on Trade and a member of the subcommittee on Health. These assignments give Earl a unique platform to promote critical issues like Medicare for All and the Green New Deal. Earl has been a champion for rebuilding and renewing our nation’s infrastructure, economic security for families, protection of public lands, stopping gun violence, ending the prohibition of marijuana, and criminal justice reform.