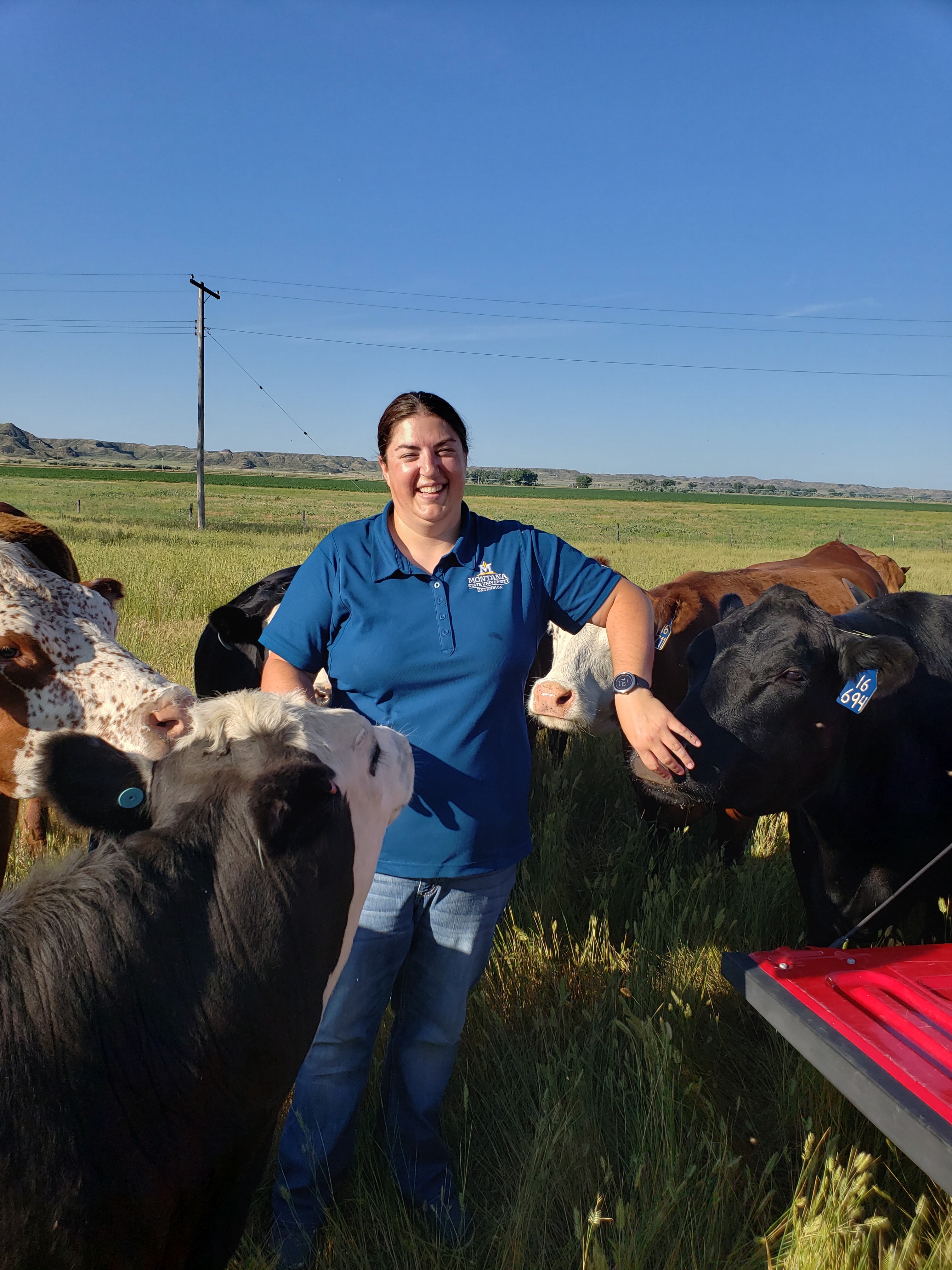 
Dr. Van Emon received her BS in Animal Science at Purdue University, a M.S. in Ruminant Nutrition, her PhD in Ruminant Nutrition at North Dakota State University, and a Post-Doctoral at Iowa State University. In 2014 Dr. Van Emon was hired as an Assistant Professor and Extension Beef Cattle Specialist at MSU. Megan’s Extension programming focuses on beef cattle nutrition and management. Megan focuses on accessibility to her clientele through email, phone, and text messages. In addition to traditional Extension meetings, Dr. Van Emon has embraced the use of technology, recording presentations and placing them on social media platforms and using webinar technology. Dr. Van Emon has earned $200,000 in grant funds to create new programs for Extension agents and beef cattle producers. Megan also has been successful in youth Extension outreach, focusing on 4-H programs, specifically the statewide Steer of Merit program. Megan’s research program focuses on questions and concerns learned from beef cattle producers and has developed a unique opportunity for her graduate students to gain Extension experience. Dr. Van Emon has published 27 reviewed Extension publications and 24 peer-reviewed research publications. Megan recently completed her term as a member of the Beef Symposium Committee for WSASAS. Dr. Van Emon currently volunteers her time as a member of Tongue River Pheasants Forever and Miles City Ranch Rodeo committees and is active within her local community through city league sports and volunteering at 4-H events. 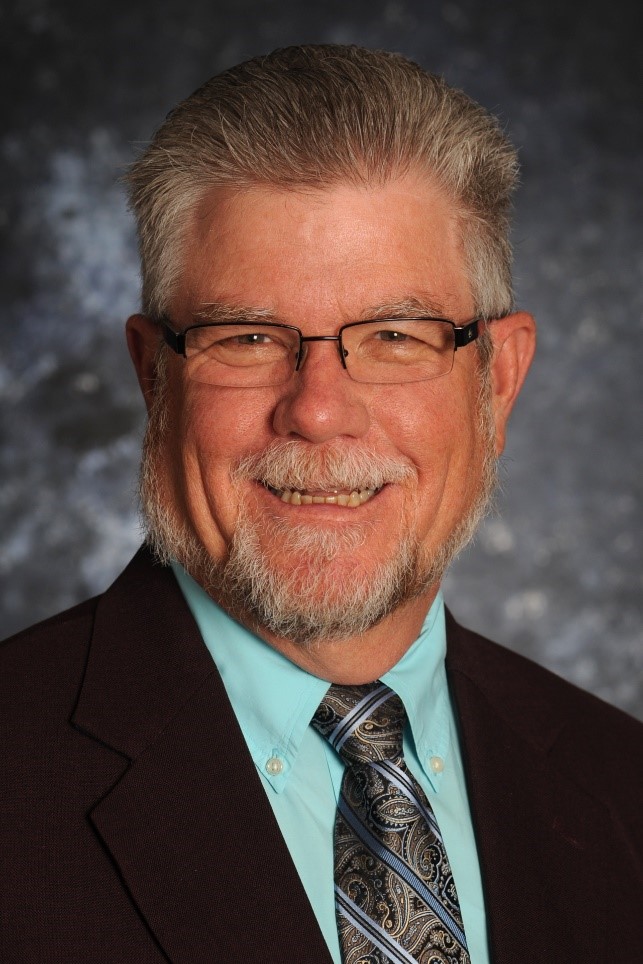 Dr. Campbell was born and raised in West Texas with family agricultural ties to Quarter Horses, Sheep and goats. He was a very active 4-H member in Pecos County participating in all kinds of projects. He graduated from Fort Stockton High in 1977. He attended Texas A&M University and received his BS degree in 1981 and MS in 1983 both in Animal Science. While at TAMU he judged on the wool and livestock teams and coached the wool team while working on his MS. He worked for Purina Mills after graduation in Southeast Texas. In 1990, he began his Ph.D. studies in Reproductive Physiology. After completion of his degree in December of 1992, he accepted a Post Doc appointment at Massey University in Palmerston North New Zealand. Upon successful completion of his Post Doc he returned to Las Cruces. He worked for the Coulston Foundation in Alamogordo with the great apes and then took a job as Study Director for Southwest Bio Labs in Las Cruces. He joined his wife’s successful Physical Therapy practice in 2001 as the Business Manager and remained there until January of 2009 when he joined the Animal and Range Science Department as the Judging Team Coordinator and Instructor. He is currently an Associate College Professor who primarily teaches lower level Animal Science course along with swine production. He has been active in NMSU Faculty Senate representing the Non-Tenure Track Faculty for six years, serves on several University, College and Departmental committees, is a Faculty Fellow for student housing and looks forward to taking students on study abroad trips each year. 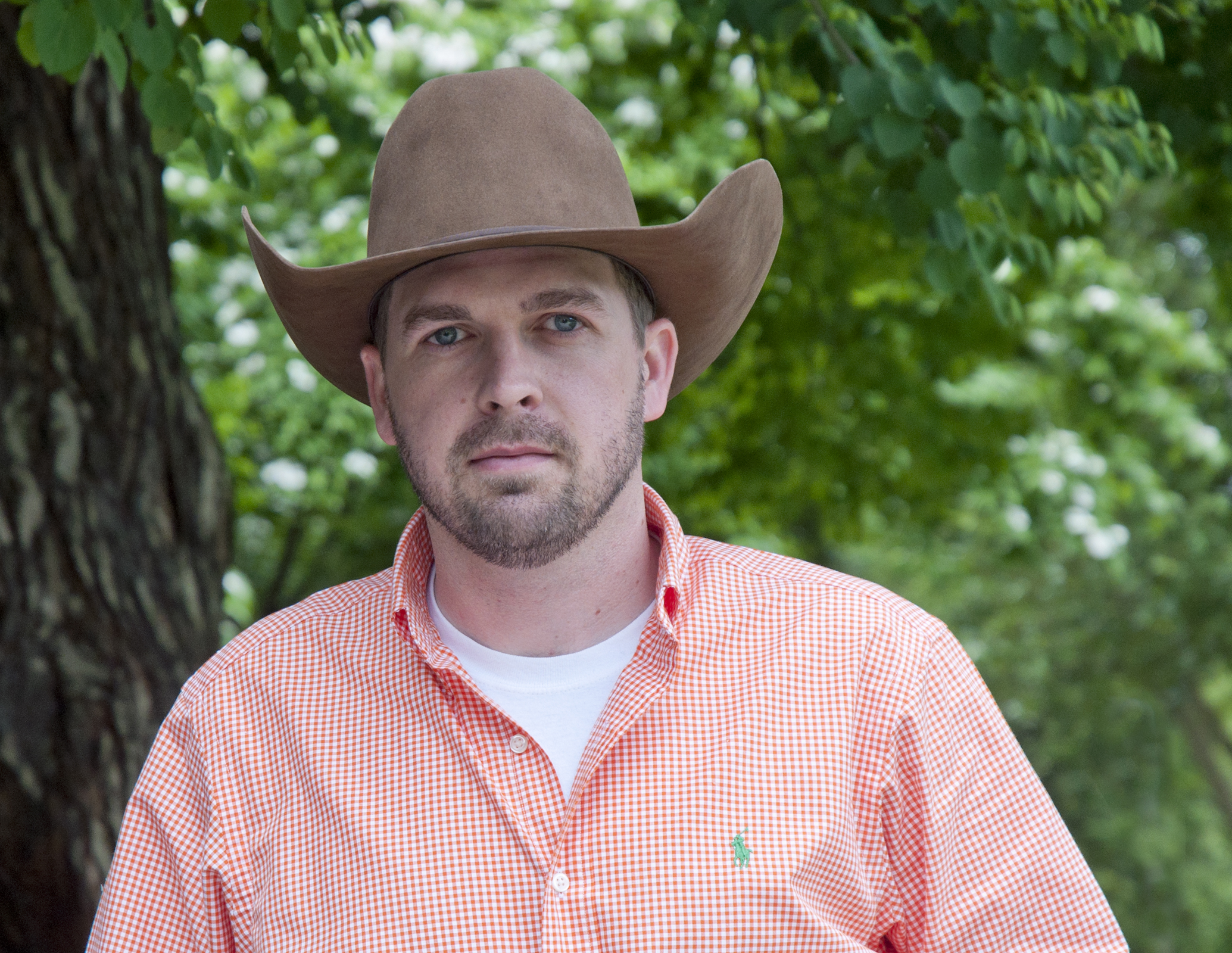 Dr. Travis Mulliniks completed his BS at Oklahoma State University in 2006 and continued his education at New Mexico State University where he received both his MS and Ph.D. in range nutrition under the advisory of Drs. Mark Petersen and Eric Scholljegerdes. During his Ph.D., Dr. Mulliniks collaborated and conducted his Ph.D. research at the USDA Fort Keogh Livestock and Range Research Station near Miles City, MT, where he focused on elucidating adaptive mechanisms and energy efficiency in grazing beef cows and metabolic indicators for the improvement and prediction of reproductive efficiency. After his Ph.D., Dr. Mulliniks was hired at the University of Tennessee as an Assistant Professor in Beef Cattle Nutrition. While in Knoxville, Travis served as chair for 3 MS students and 2 Ph.D. students while making advancements in cow/calf management research. In 2017, Dr. Mulliniks took an opportunity to move to North Platte, Nebraska for the role of Beef Extension Specialist in Range Nutrition at the West Central Research and Extension Center. Along with his extension and research efforts for UNL, Dr. Mulliniks also serves as faculty director of Gudmundsen Sandhills Laboratory where he oversees production needs of the 12,800-acre ranch and is currently advising 2 MS students and 2 Ph.D. students. His devotion to beef producers and strides in beef research is evident in his 54 abstracts, 50 peer-reviewed publications, 13 invited papers, and 19 extension and outreach publications. 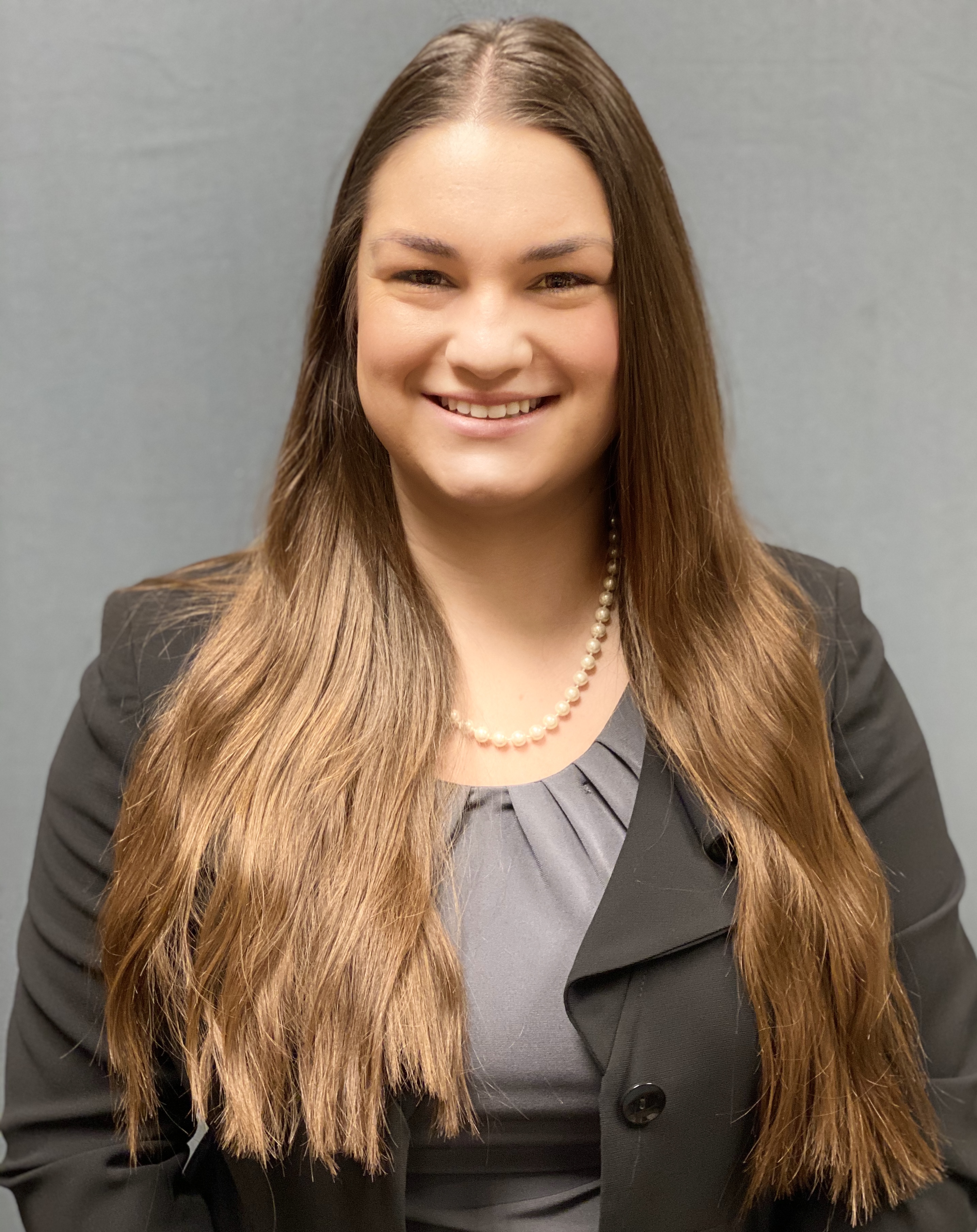 
Rebecca grew up in Vacaville, California where she developed a passion for raising livestock. Her passion led to involvement in FFA and the livestock show industry and even employment as a butcher. Rebecca attended California State University, Chico where she earned a double BS in Animal Science and Agricultural Business. During her time at Chico, Rebecca was a Research Associate and Herdsmen at the University Farm Beef Unit. She has held several Executive Board positions for the California Young Cattlemen’s Committee and for the Chico State Young Cattlemen’s Association. As an undergrad, Rebecca had the opportunity to work on several research projects, which she presented at WSASAS and several other meetings. She was also a member of the 2017 nationally ranked WSASAS Champion Academic Quadrathlon team. Rebecca’s passion for Animal Science Research and Education led her to attend graduate school at University of Nebraska - Lincoln. She taught undergraduate coursework, and her keystone MS project in the Stress Physiology lab led to new information about the effect of heat stress on the wellbeing, metabolic efficiency, and performance of feedlot animals. She has also been involved with studies examining fetal programming effects of stress in sheep and high maternal androgen in cattle on postnatal growth and metabolism. Rebecca is a long-standing member of ASAS and recently earned membership in Gama Sigma Delta. Since graduating in May, Rebecca has started a PhD at Mississippi State University. 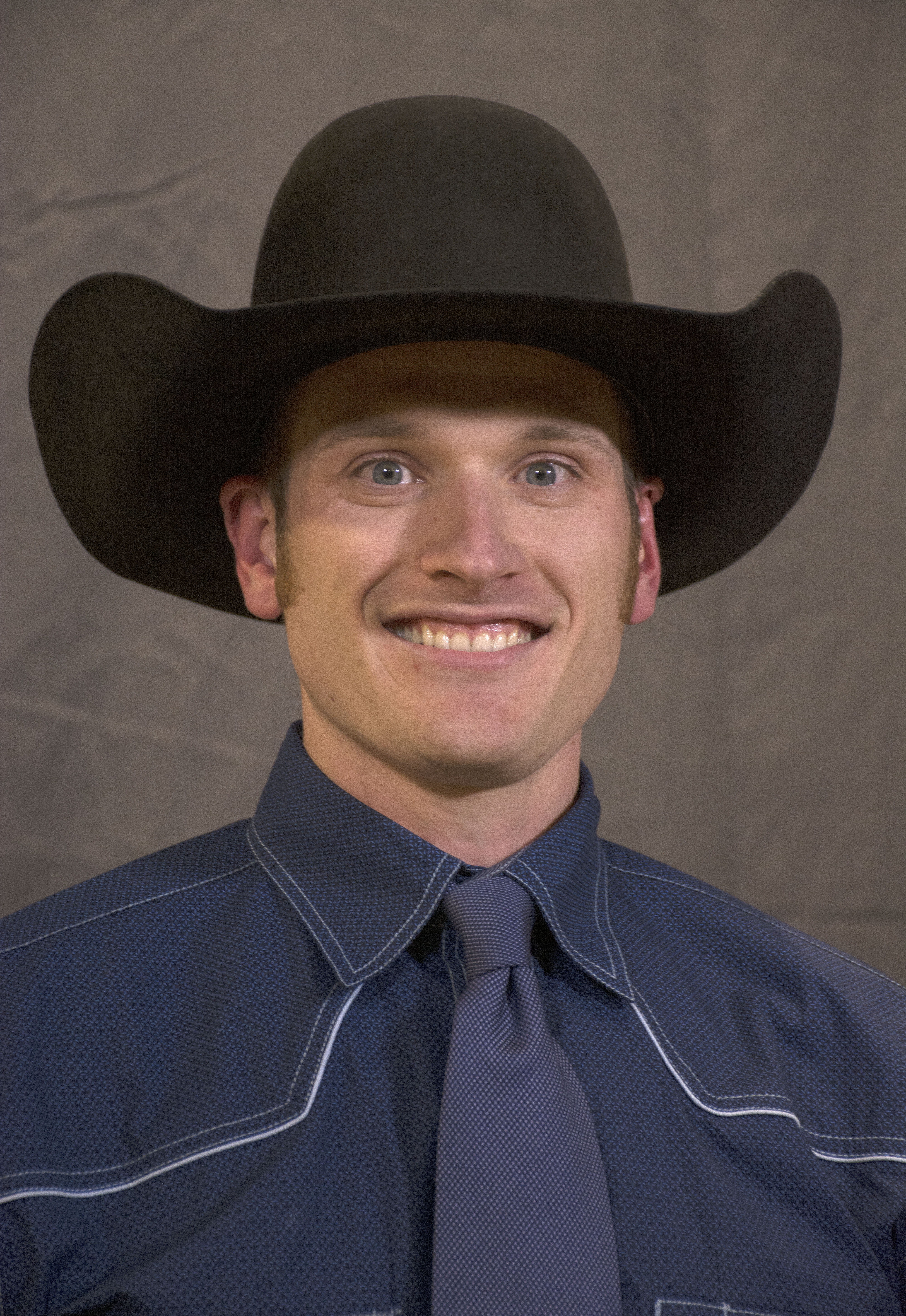 
Robert Ziegler completed his Master’s degree at the University of Nebraska-Lincoln under the guidance of Dr. Travis Mulliniks. His research is focused on the impact of cow size on cow/calf performance, post-weaning offspring performance, and overall production efficiency in the Sandhills of Nebraska. As an undergraduate, Robert worked in Dr. Brenda Alexander’s lab at the University of Wyoming where he studied reindeer in Alaska. This experience inspired Robert to pursue a career in research related to animal agriculture. He has recently accepted a position with Feedlot Health Management Services as a Technical Assistant. This position aligns directly with his goals of conducting applied research geared toward producers so they can base their management decisions off powerful data sets. Robert also served as UNL’s Institute of Agriculture and Natural Resources Graduate Committee Animal Science Student Representative. 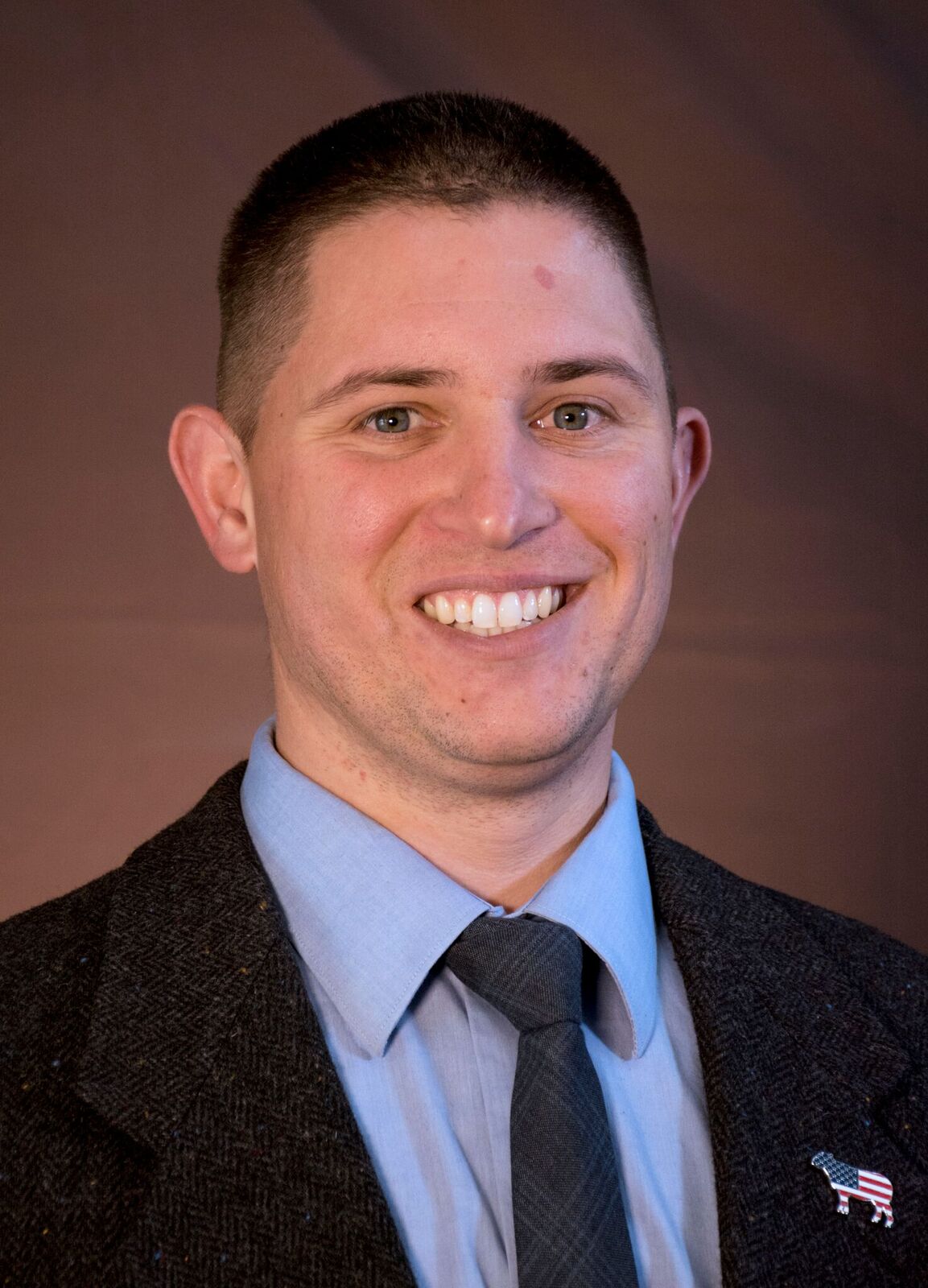 
Chad Page, Ph.D. candidate earned his bachelor’s degree in animal health and veterinarian science from Brigham Young University-Idaho in 2015. He completed his master’s degree in animal and range sciences at Montana State University in 2017. His M.S. research collaborated with 21 sheep ranches across the state to help identify trace mineral deficiencies in weaned ram lambs, with an accompanying feeding trial quantifying the effects that Zn source and dietary concentration has on developing rams. Currently, he is working on his Ph.D. under the direction of Dr. Whit Stewart at the University of Wyoming, where his dissertation work is focused on the effects of increasing dietary Zn during late gestation and early lactation in ewes, and its effects on ewe mammary health, serum metabolites, and progeny performance. Additionaly, Chad's Ph.D. has involved numerous extension presentations, workshops, non-dissertation related research. Originally from Chandler, AZ Chad has had the opportunity to conduct research in MT, ID, and WY. He has become increasingly devoted to the American sheep industry, and in 2018 accepted ASI's Heritage Foundation Memorial Scholarship. He plans on conducting producer focused research that will help to answer the questions and challenges facing the industry, and has accepted a position with Utah State University as an Assistant Professor of Production Animal Agriculture with an emphasis in small ruminants, which he will begin in August 2020.