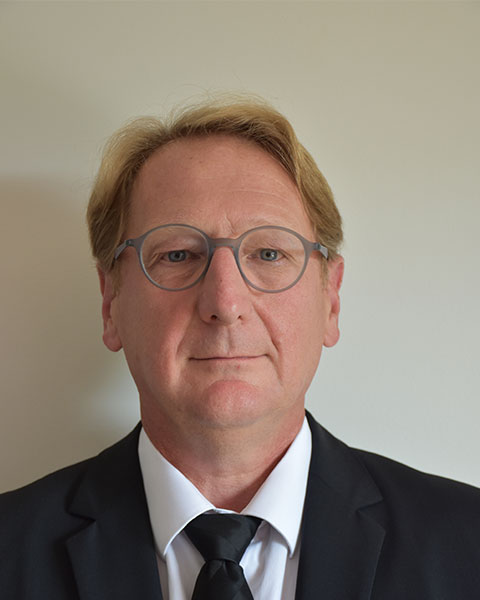 Christophe Len received his Ph.D. from the University of Picardie-Jules Verne (UPJV) in Amiens (France) under the supervision of Professor P. Villa in the field of carbohydrate chemistry. In 1996, he joined Doctor G. Mackenzie's group at the University of Hull (UK) as a post-doctoral fellow to work on the synthesis of nucleoside analogues. In 1997, CL became Assistant Professor at the Laboratoire des Glucides of UPJV and worked on the chemistry of antiviral nucleoside analogues specialising on those with novel glycone systems. In 2003, CL received his habilitation and was promoted to full Professor in 2004 at the University of Poitiers (France) where he was the supervisor of the team "Biomolecules: Synthesis and Molecular Organization". For 2008, CL had a secondment to the University of Technology of Compiègne - UTC (France) where he created a new scientific team called "Organic Chemistry and Alternative Technologies" with the perspective to develop research activity on green chemistry and sustainable development. In 2010, CL became full Professor at the University of Compiègne - UTC (France). Since November 2017, CL has developed his research at Chimie ParisTech (France) in the group "Catalysis, Synhesis of Biomolecules and Sustainable Development". CL is a member of the french Research Network GDR2053 CNRS "Continuous Flow Chemistry".
The principle interests of Len's research are organic synthesis including: (i) the reactivity of biomass-derived molecules (glycerol, fatty acids, lignin, cellulose) for the formation of new chemical bonds; (ii) carbon-carbon cross coupling reactions (Suzuki-Miyaura, Tsuji-Trost reactions…) catalyzed by palladium complexes in aqueous media with or without ligand; (iii) homogeneous, heterogeneous and micellar catalysis using either commercial surfactants or new bio-based ones; (iv) the use of unconventional media (water, critical fluids, ionic liquids); (v) the use of alternative methods such as microwave irradiation, ultra-sounds, photochemistry, continuous flow.
His scientific work has been published in ca. 200 original international publications and review articles, 8 chapters and 10 patents including publications in high profile journals such as Chem. Rev., Energy Environ. Sci., Coord. Chem. Rev., ChemSusChem., Green Chem., Chem. Commun., J. Med. Chem., Chem. Asian J., J. Org. Chem. ...

CL is:
Member of the Editorial Board of Molecules; Catalysts; Current Green Chemistry; Sustainability and Scientific Reports - Nature.