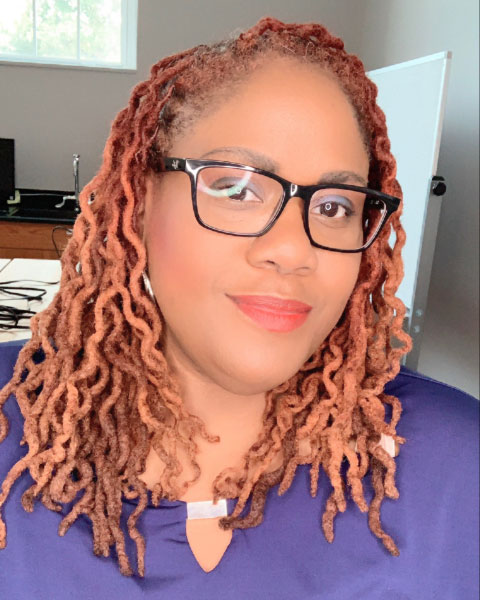 K.C. Boyd is currently a library media specialist with the Washington D.C. Public School System. She has previously worked as the Lead Librarian for the East St. Louis School District #189 in East St. Louis, IL., a Area Library Coordinator for Chicago Public Schools and a District Coordinator for the Mayor Daley Book Club for Middle School Students. She is a second generation educator and holds Master’s degrees in Library Information Science, Media Communications, and Education Leadership.

A staunch advocate for school libraries, she is widely known and respected for her work with educating parents, teachers, and district officials on promoting leisure reading for children and teens. Her blogs, The Audacious Librarian and MissDomino, document her work with K-12 students, discuss the effective use of technology in k-­12 education, and provides helpful book reviews. Boyd has also been featured in a number of national publications such as The Medium, Education Weekly, School Library Journal, PBS Newshour, Library Journal about her work with reluctant/struggling readers and digital literacy. In addition, she appeared on the October 2014 cover of School Library Journal in the article, “Chicago Hope: High School Librarian K.C. Boyd.” She has also been recognized by Scholastic Books as one of ‘15 Librarians to Follow on Instagram,’ Library Journal as a ‘2015 Mover and Shaker’ and was awarded the Black Caucus of the American Library Association’s, ‘2015 Leadership Award.’

It is Boyd’s belief that all children, despite economic circumstance, have the right to read and should have access to books that reflect themselves and encourage inquiry. Boyd can be reached at kcboyd1@gmail.com and can be followed on Facebook, YouTube, Twitter and Instagram at: @Boss_Librarian.