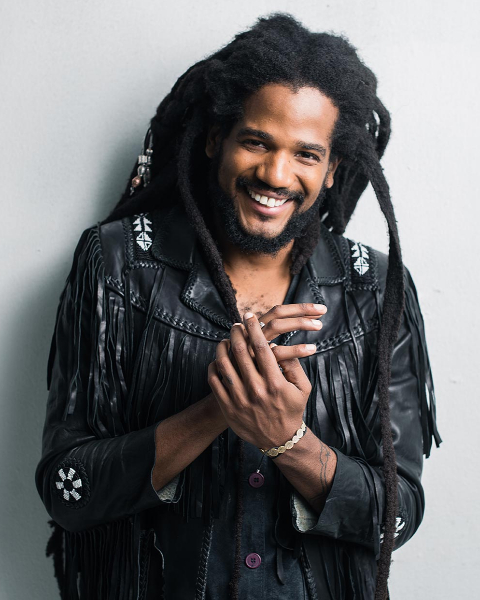 A scion of Haitian musical royalty, Paul has spent his life living to the beat. Son of the Grammy nominated band Boukman Eksperyans, his earliest memories are of rhythm and sound. Moving to New York as a youth he was inspired by his heritage to begin crafting a sound all his own. Constantly aware of his roots, the struggle of an immigrant and the drive of New York life, Paul began to create a path where music, activism and history meet.

A unique and transfixing sound he calls 'Roots/Blues', Paul weaves his impeccable guitar skills, rich, vocals, musical ingenuity and cultural history together; all while performing a smooth melange of both English, French and Creole (the native tongue of his Haitian roots).

Paul has played alongside some of the world's best artists including Ms. Lauryn Hill, Maxwell, Arcade Fire, Jackson Browne and Bob Weir. Worldwide performances include venues such as The Beacon Theater and Radio City Music Hall in NYC, Massey Hall in Toronto, The Ryman Theatre in Nashville, The House of Blues in Chicago, The Montreal Jazz Festival, Festival Internationale, Nuits d'Afrique in Montreal, Le Trianon in Paris, The Paleo Festival in Switzerland, No Siesta Fiesta in Norway. These continued accomplishments make him one of the few artists coming out of Haiti to garner worldwide success.

Paul joined forces with Artists for Peace and Justice (APJ), and become an integral part of their organization. In January 2020, in collaboration with Jackson Browne, along several other artists including Jon Russell (the Head and the Heart), Jonathan Wilson, Habib Koite, Jenny Lewis and Raul Rodriguez, they released ‘Let the Rhythm Lead: Haiti Song Summit, Vol. 1’ for APJ. He also continues to be an active member and perform at their many events in the USA and Canada. This allows Paul to do what he loves; play music while also furthering awareness of Haitian art, culture and promoting the incredible talent of Haiti's youth.

Paul’s album titled 'Vilnerab', released in 2015, soared directly to #1 on itunes in the World Music category, receiving rave reviews. In 2016, he was nominated for a Dora Award by the Toronto Alliance for the Performing Arts for ‘Outstanding Sound Design/Composition’ in the production of Espwa/Espoir. His second album, "Ayibobo", released in May of 2018 on Ropeadope Records, saw Paul's further evolution of sound into Rock/Roots/Blues music.