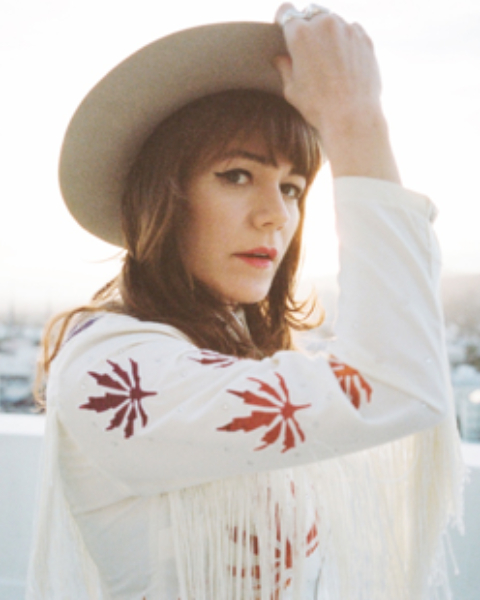 One of the most respected artists of her generation, singer-songwriter, multi-instrumentalist, producer and composer Jenny Lewis started her career in Los Angeles. She appeared in films such as Troop Beverly Hills and The Wizard until she co-founded LA’s underground band Rilo Kiley in 1998. She has gone on to release four solo albums, is a member of The Postal Service, NAF, Artists For Peace and Justice and others.

Lewis has collaborated and recorded with Elvis Costello, Beck, Bon Iver, Jackson Browne, Don Was, and Benmont Tench to name a few.

As a composer she has scored two motion pictures, Very Good Girls and Song One and co-written original songs for Disney’s Bolt and for Meryl Streep’s performance in Jonathan Demme’s final film Ricki and The Flash. In 2019 her latest album, On The Line received widespread critical acclaim, was named on many Best Albums Of The Year lists and featured Ringo Starr and Jim Keltner on drums.