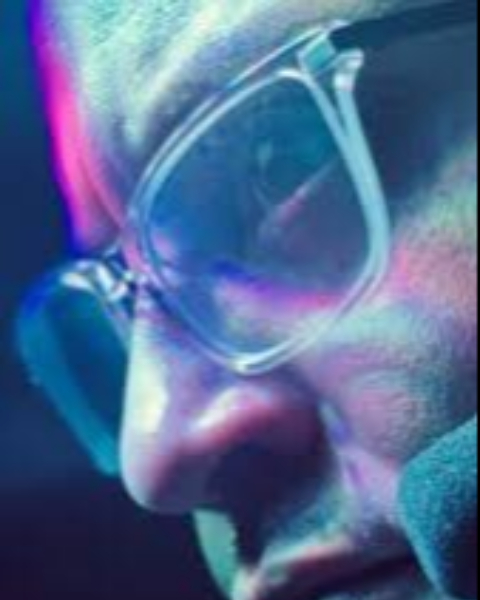 Ahmed Mahmoud has had a long life filled with music. Due to his father being a violinist in the Egyptian orchestra, music has always been in his household. Ahmed studied music in an accelerated program at Academic High School, where he sang in a chorus and taught himself guitar. Later, he studied guitar with virtuoso, Eddy Zak. While pursuing a BS in Biology and a minor in Music at William Paterson University, he got the opportunity to play locally with the rock band Datura. Later, he sang with the Jersey City-based band, Neuspore, and found success with a #1 rating on mp3.com for their song, “Lifetime.” Through Neuspore, Ahmed met longtime friend and drummer, Hank Yaghooti, and began writing and recording with Nelson Downend and James Cardenas. At that point, Ahmed began recording various styles of music and sound projects, which can be found on SoundCloud.
Ahmed moved on to play with many artists, including Bamboo Shoots. While playing with the Shoots, Ahmed was signed to Epic Records in MTVu’s Best Band on Campus Contest. He recorded with Jerry Harrison (guitarist, keyboardist for the Talking Heads) and Eric Thorngren (engineer for Robert Palmer, Eurythmics, and Bob Marley).
While playing with Bamboo Shoots, Ahmed has performed on Conan O’Brien and alongside prominent bands, including All Time Low and Plain White T’s. He has toured around the US and India. After recording Armour, the Bamboo Shoots’ first release on Epic, Ahmed parted ways with the group to record and play with singer/songwriter, Leah Martin, an amazing artist who hails from Albertville, Alabama.
When he isn’t bringing many of Soundbooth Theater’s production to life while managing the Engineering Department, Ahmed can be found recording and producing with various artists. He recorded and mixed the current releases of the band, Ex Astra. With the Hobonauts, a group comprised of Ahmed and singer/songwriter, John Bis, Ahmed mixed, recorded, and played various instruments on their four-song EP, Sea Monkeys in Space. He still works with Nelson Downend on various projects, including the scores and soundtracks for various features. Ahmed’s first scoring experience was on a project called, Whatever Goes TV, for which he scored the Kickstarter ad with John Bis. He scored The Dia Method with Nelson and Ambershift Media. Ahmed and Nelson also scored The Other Man, a film written and directed by Columbia film student, Edwin Ho (release TBD) and Fred’s Little Voice, a short film directed by Bis, shot by Fred Molina, and starring Ahmed, himself!
Other credits for Ambershift Media include scoring work for Summer Search and CityMD.