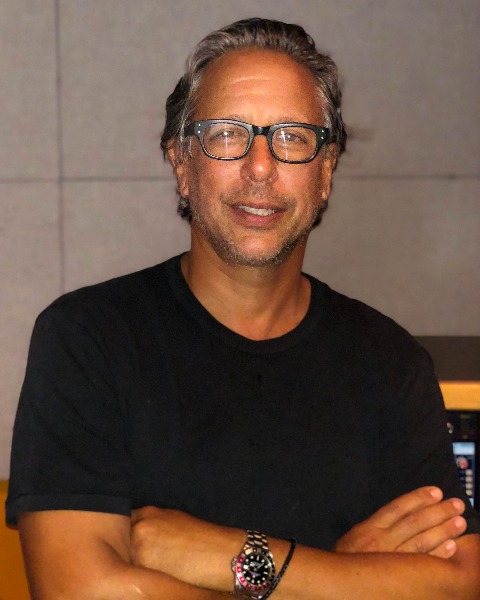 As a successful producer, engineer, songwriter, multi-instrumentalist, and owner and founder of Smash Studios, Clay Sheff emphasizes quality for every nuance of the business and the art. That’s why Smash has remained the epicenter of recording and rehearsals in the Big Apple for everyone from Jay-Z to Justin Timberlake since first opening its doors in 1989, living up to its moniker of empowering artists to make smash hits.
Attending Boston University, he studied at the prestigious School of Management and The School of Fine Arts. Upon graduating, he continued his study of voice and started studying and playing piano. Performing in a number of popular bands as lead vocalist, including the critically acclaimed band, Wonderland, Clay made his name in the industry as a committed musician and skilled vocalist.
At the age of twenty-five, while still singing in bands, he created and introduced the world to Smash Studios at its first location at 132 West 22nd Street in Manhattan. Quickly becoming in-demand, the company expanded to include Gallery Recording Studios soon thereafter (on the floor above the original Smash), before moving to its current location at 307 West 36th Street in Manhattan, a stone’s throw from Madison Square Garden during 2001. Smash has played host to GRAMMY® Award-winning multiplatinum superstars such as Rihanna, Carrie Underwood, John Legend, Miley Cyrus, P!nk, John Mayer, The Weeknd, A$AP Rocky, and many more and featured on TV shows including MTV’s Making the Band. The Village Voice voted it “Best Studio in New York” and Mix Magazine has dubbed it, “Best of the East.” Clay personally recorded and produced songs for the likes of The Voice “Team Kelly” standout Dylan Hartigan as well as the GRAMMY® Award-winning producers, The Berman Brothers, including in 2017 the hugely successful international launch of Cuban Band, Havana Maestros.
Over 3 decades Clay’s commitment to Smash Studios and the entertainment industry has never waned. In 2019 with an expansion to another 4000 square feet on the 17th floor at 307 West 36th Street in 2019 exclusively dedicated to Private Production Suites, Podcast Studios, and a new Control Room. With this expansion Smash Studios was re-branded to promote itself as Performance and Production Studios. Now encompassing almost 13,000 square feet Smash Studios not only features the best in professional audio recording and performance/rehearsal spaces, but also a highly professional video production and live streaming services, and an educational division called Smash Music Academy featuring “Come Join The Band” and “The Smash Band Experience”, focusing on music instruction in a band-setting.