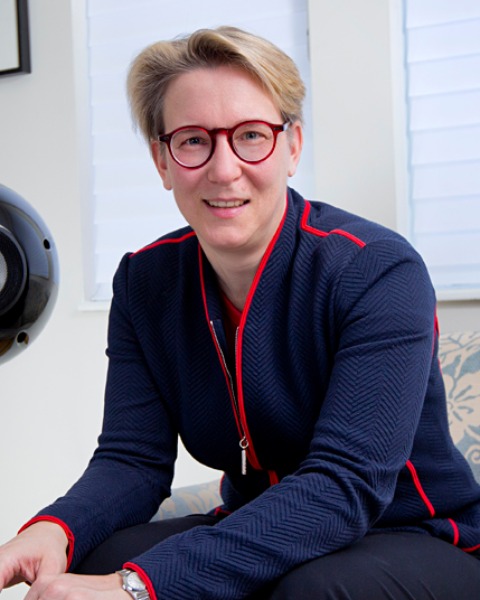 Biography - Ulrike Schwarz
Ulrike Schwarz is a sound engineer and producer of acoustic music in the radio, television and recording industries. Her recordings have received multiple German and international nominations and awards. Her recordings have received two Echo Klassik Awards, Preis der Deutschen Schallplattenindustrie, Ars Acoustica, Diapason d’Or, a Grammy Nomination and many others. She received a Grammy nomination as producer for the "Best Immersive Audio Album" 2020 for the album of Gisle Kverndokk's "Symphonic Dances."

Ulrike received her Tonmeister degree from the Hochschule der Künste Berlin (University of The Arts Berlin), Germany. She also holds a Master of Business Administration in “Innovation and Business Creation” from Technische Universität München (Technical University Munich), Germany. From 2001 to 2015 she was employed by Bayerischer Rundfunk in Munich, Germany, as a senior sound engineer for large orchestral and jazz productions. She co-taught a class of Instrumental Ear Training at the Clive Davis Institute of Recorded Music at NYU in 2016 and is co-owner of the production company Anderson Audio New York. AANY recordings of the recent past include orchestral productions with the Stavanger Symphony Orchestra, Gonzalo Rubalcaba in Havana, Jane Ira Bloom and Patricia Barber.

In October 2015 she received the Fellowship Award of the Audio Engineering Society in at the 139th Convention in New York. In December 2015 the BRKlassik production of Ludwig van Beethoven’s “Missa Solemnis” featuring the choir and symphony orchestra of Bayerischer Rundfunk, conducted by Bernard Haitink, received a Grammy Nomination for “Best Choral Performance”. She was balance engineer for this recording.