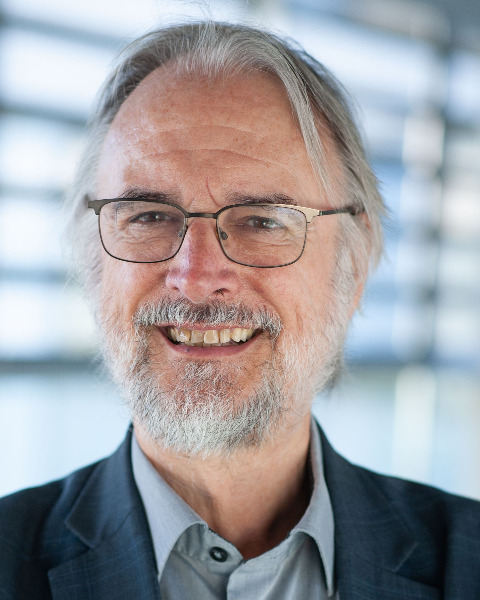 Prof. Dr.-Ing. Karlheinz Brandenburg works as a Senior Professor at TU Ilmenau and as the CEO of Brandenburg Labs, a startup company (since September 2019) specializing in immersive audio technologies. He is known as a main contributor to the mp3 and AAC audio coding standards. He received the Dipl.-Ing. and Dipl.-Math. degrees in electrical engineering and mathematics and the Dr.-Ing. degree in electrical engineering from the Friedrich-Alexander-Universität, Erlangen-Nürnberg, Erlangen, Germany, in 1980, 1982, and 1989, respectively. Following times as a Postdoctoral Member of Technical Staff at AT&T Bell Laboratories in Murray Hill, U.S.A. and again Friedrich-Alexander-Universität he joined the Fraunhofer Institute for Integrated Circuits IIS, Erlangen, Germany, as head of the Audio and Multimedia Department. Since 2000, he has been a Professor at the Institute of Media Technology, Technische Universität Ilmenau, Germany where since April, 2020 he now has the position of Senior Professor (emeritus). He is the founding director of the Fraunhofer-Institut für Digitale Medientechnologie (Fraunhofer IDMT), Ilmenau where he retired in July, 2019. For his pioneering work in digital audio coding, perceptual measurement techniques, wave field synthesis, psychoacoustics, and analysis of audio and video signals he received many awards. Among them are the Cross of the Order of Merit of the Federal Republic of Germany, the IEEE Masaru Ibuka Consumer Electronics Award, the German Future Award (shared with his colleagues), and the Audio Engineering Society Silver Medal Award. Furthermore, he is a member of the Hall of Fame of the Internet Society and the IEEE Consumer Electronics Association. He received honorary doctorate degrees from the Universities Koblenz-Landau, Germany, Leuphana University of Lüneburg, Germany and Universitat Politechnica de Valencia, Spain.