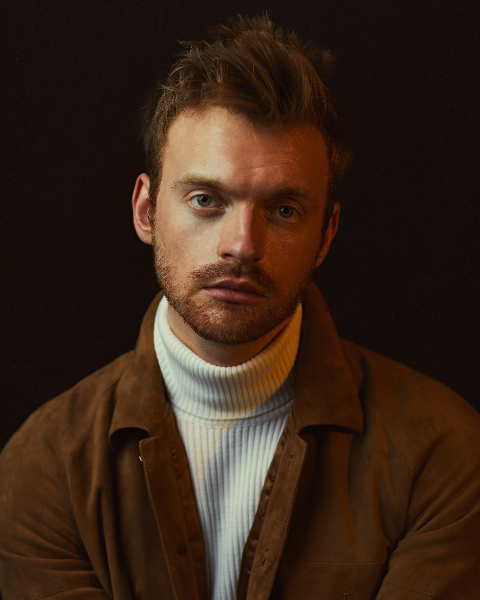 Six-time GRAMMY Award®-winning Los Angeles-based songwriter, multi-instrumentalist, producer and artist FINNEAS is not only the youngest artist to win the “Producer of the Year, Non Classical” GRAMMY, but he also is the creative force behind some of the world’s biggest songs to top the charts in the last few years. Having penned and/or produced hits for Billie EIlish, Selena Gomez, Halsey, Camila Cabello, Tove Lo, Ben Platt, Julia Michaels and many more, FINNEAS has singlehandedly shaped the soundscape of hits, and some would say, returned popular music back to its truest most welcomed form, by drawing inspiration from some of the greatest songsmiths of our time and some of his biggest influences.

Homeschooled from an early age, FINNEAS learned a bevy of instruments under his parents’ tutelage, but he taught himself how to produce. The earnings from his first job went towards an iMac as he devoted countless hours learning how to record from online tutorials. He eventually picked up an audio interface and learned Logic Pro X at 13 years old. He launched his career as a solo artist with “New Girl” in 2016. It paved the way for 2018’s “Break My Heart Again,” 2019’s “Claudia,” and “Angel,” which collectively garnered over 100 million Spotify streams. In 2019, he also unveiled his proper debut, the Blood Harmony EP, which he wrote, produced, engineered and performed by himself. The seven-track collection exemplifies his skills as a songwriter, penning lyrics that serve both the heart and head, thus perfectly showcasing his knack for effortless, heartfelt storytelling, paired with his rousing signature production.

FINNEAS also co-produced (with Stephen Lipson) and co-wrote the official theme song and title track for the upcoming James Bond film, No Time to Die, alongside Billie Eilish, who co-wrote and performed the track. Additionally, the track features orchestral arrangements by Hans Zimmer and Matt Dunkley, Johnny Marr on guitar and FINNEAS on bass, percussion, piano, synthesizer and drum programming. As a solo artist, FINNEAS’s “Let’s Fall in Love for The Night,” has received critical acclaim from journalists and fans alike, garnering 500M global streams, 100M video views and a sold-out 2019 headlining tour.

Additionally, in 2020, FINNEAS received a TEC (Technical Excellence & Creativity) Award in the category of Record Production/Single or Track for Billie Eilish’s “Bad Guy” and followed it up the next month with six GRAMMY® Awards, including the aforementioned “Producer of the Year, Non-Classical” and “Best Engineered Album, Non-Classical,” in addition to “Record of the Year” and “Song of the Year” for Billie’s “bad guy” and “Album of the Year” for the generation-defining WHEN WE ALL FALL ASLEEP WHERE DO WE GO?