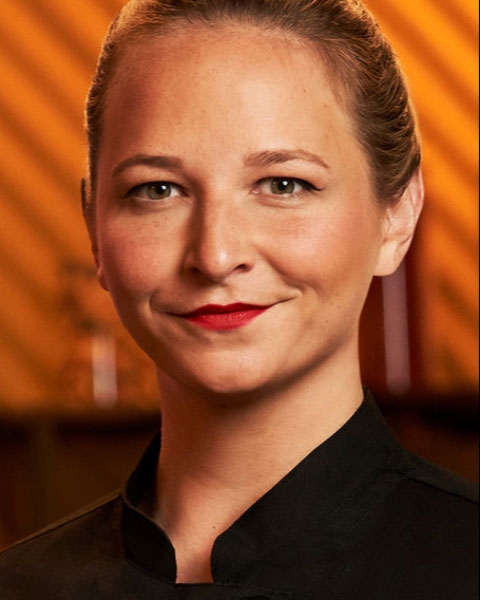 A frontrunner on Top Chef Season 11 in New Orleans where she was eliminated after a technicality, Stephanie Cmar is back to show the world she has what it takes. Possessing a genuine passion for cooking from a young age, Stephanie was only 15 when she began working in the food industry at the Muffin Shop in Marblehead, Massachusetts. Stephanie graduated in 2007 from Johnson & Wales University and returned to Boston, Massachusetts, to begin her career at the Top of the Hub restaurant. From there, she went to work with Barbara Lynch Gruppo as a line cook at B&G Oysters, where she quickly rose through the ranks to the position of sous chef. Stephanie continued to further hone her fine dining skills at restaurants like Stir and No. 9 Park, eventually showcasing her culinary prowess by competing on Top Chef. After the show, she opened the pop-up Stacked Donuts in Boston. In 2015, Stephanie joined Fairsted Kitchen as the executive chef, crafting a menu that reflects her personal cooking style with French and Italian dishes that have a Middle Eastern spin. After a year at Fairsted, Stephanie took a position at Venetian restaurant SRV in Boston’s South End, where she worked to master the art of making pasta. During that time she also worked part time as a private chef and discovered that she loved the creative freedom of working for herself and cooking for small groups. She has since become a full-time private chef for multiple families, and also caters upscale intimate dinner parties.