Background/Purpose:
Identifying populations at risk of SLE is essential to curtail inflammatory damage and identify individuals for prevention trials. Unaffected blood relatives (BRs) of lupus patients have increased risk of SLE. Some BRs have autoantibodies (AutoAbs) or SLE clinical features, but do not progress, some progress, but do not meet the required > 4 ACR classification criteria (incomplete lupus, ILE), while others progress to classified SLE. The goal of this study is to determine factors that distinguish previously healthy BRs who remain stable or subsequently progress to ILE or SLE.

Methods:
This is a nested study of re-enrolled BRs of SLE patients (n=436) who previously enrolled in a genetics study (mean time to follow-up = 6.3 yrs) and did not meet SLE classification at baseline (BL). Of the 177 (41%) and 259 (59%) who did/did not meet additional ACR criteria at follow-up (FU) in this cohort, we compared the 56 BRs who transitioned to SLE (≥4 ACR criteria) to 34 BRs who met 3 ACR criteria (ILE) at FU and 154 race/sex/age (± 5 years) matched BRs with < 3 ACR criteria at FU. BRs provided clinical and demographic information, and completed the SLE-specific portion of the CTD Screening Questionnaire (CSQ) at BL and FU. Medical records were reviewed for ACR classification criteria. BL and FU plasma samples were assessed for autoantibody production (ANA, anti-dsDNA, aCL, Ro, La, Sm, nRNP, and ribosomal p antibodies) and for 52 soluble inflammatory and regulatory mediators by xMAP and ELISA assay.

Conclusion:
BRs of known SLE patients who progress to ILE or SLE compared to BRs who remain stable are more likely to have elevated inflammatory mediators, reduced regulatory mediators, and meet as few as one clinical ACR classification criterion. This suggests that ANA or serologic positivity alone is not predictive of progression to ILE or SLE in lupus relatives. 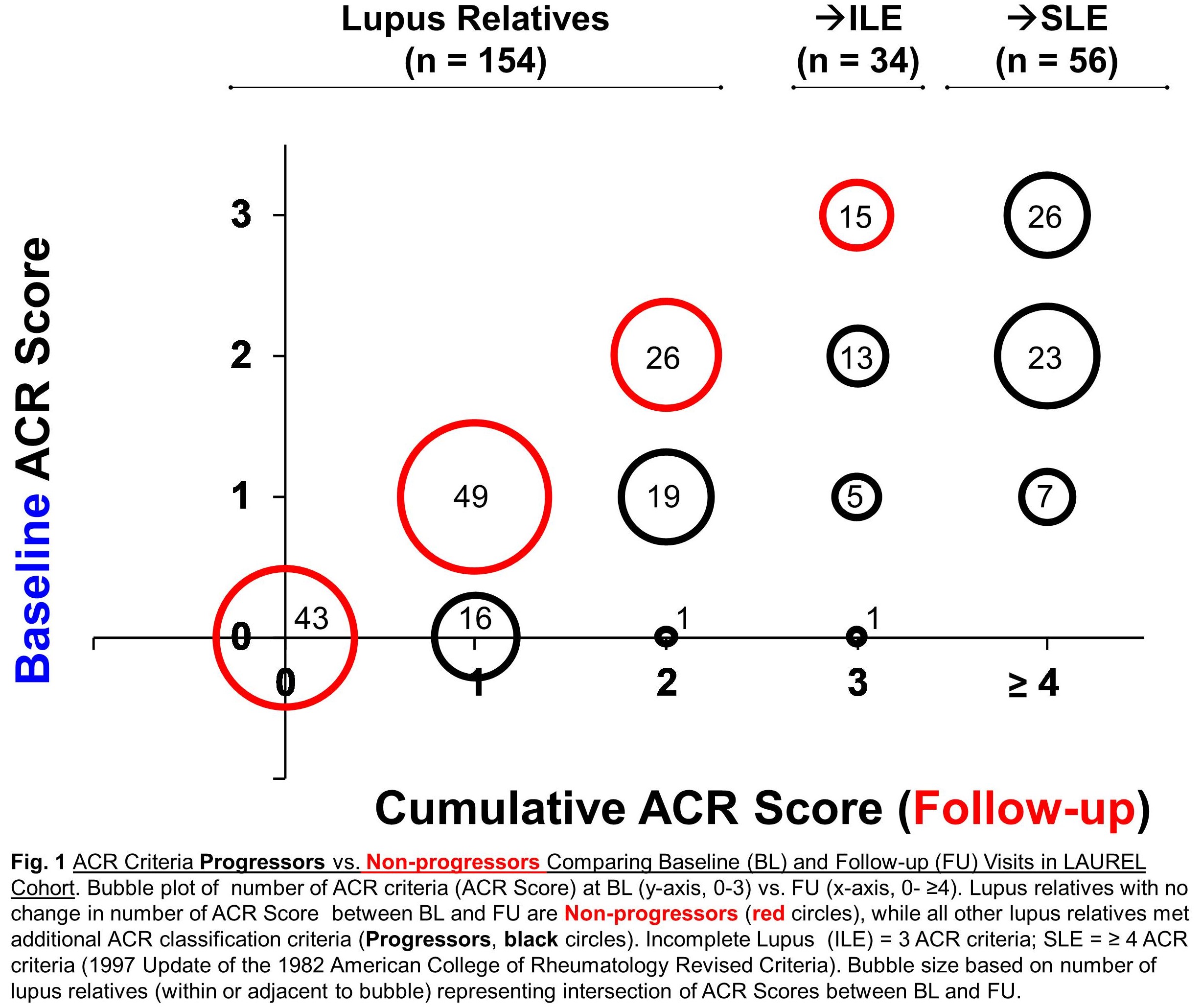 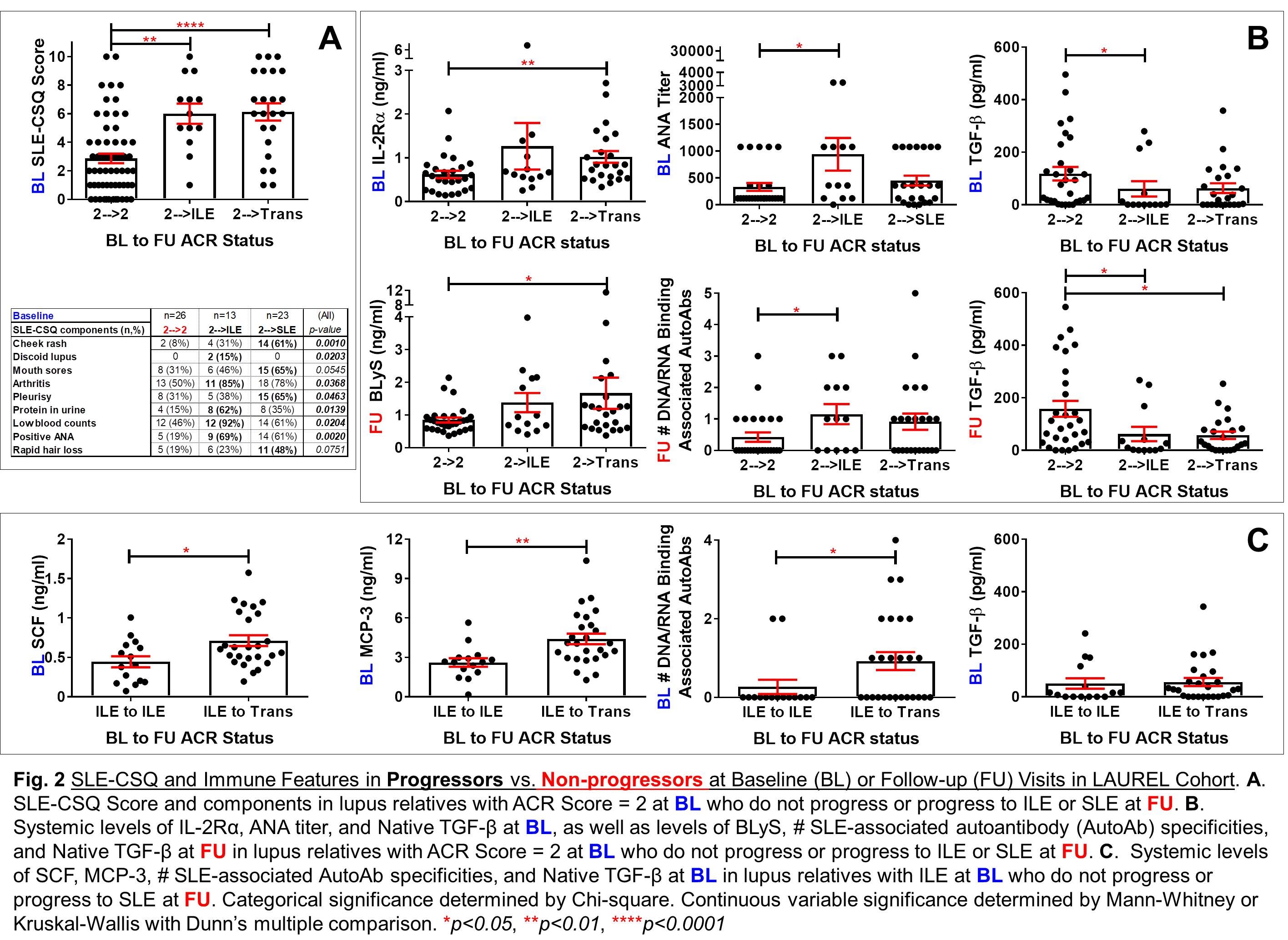