Background/Purpose:
Studying pregnancy in systemic lupus erythematosus (SLE) is difficult given its relative rarity. Electronic health record (EHR) contain longitudinal data to serve as a powerful tool. Using a previously validated algorithm, we identified SLE pregnancies in a large EHR. We then examined demographics, medications, and outcomes in SLE pregnancies from 1991 to 2017.

Methods:
We used a de-identified EHR with over 3 million subjects. We selected individuals using a validated algorithm of ≥ 4 counts of the SLE ICD-9 (710.0) or ICD-10 codes (M32.1*, M32.8, M32.9) and ≥ 1 ICD-9 or ICD-10 code for pregnancy-related diagnoses yielding 234 potential subjects. We extracted demographic, disease characteristics, medications, and pregnancy outcomes from chart review. SLE cases were diagnosed by a rheumatologist. We primarily analyzed only pregnancies that occurred after SLE diagnosis but then compared pregnancy outcomes before and after SLE diagnosis. SLE medication use was defined as ever use during pregnancy. In addition to a cross-sectional analysis of pregnancy outcomes, we assessed outcomes and medication use over time in 5 year increments.

Conclusion:
Using a large EHR, we demonstrate higher than expected rates of preterm birth and preeclampsia in SLE. These rates have not improved over time. Recommended medications in SLE pregnancy, particularly aspirin, are not dramatically increasing over time despite recommendations for use in all SLE pregnancies. These trends demonstrate the need for guideline implementation to improve SLE pregnancy outcomes. 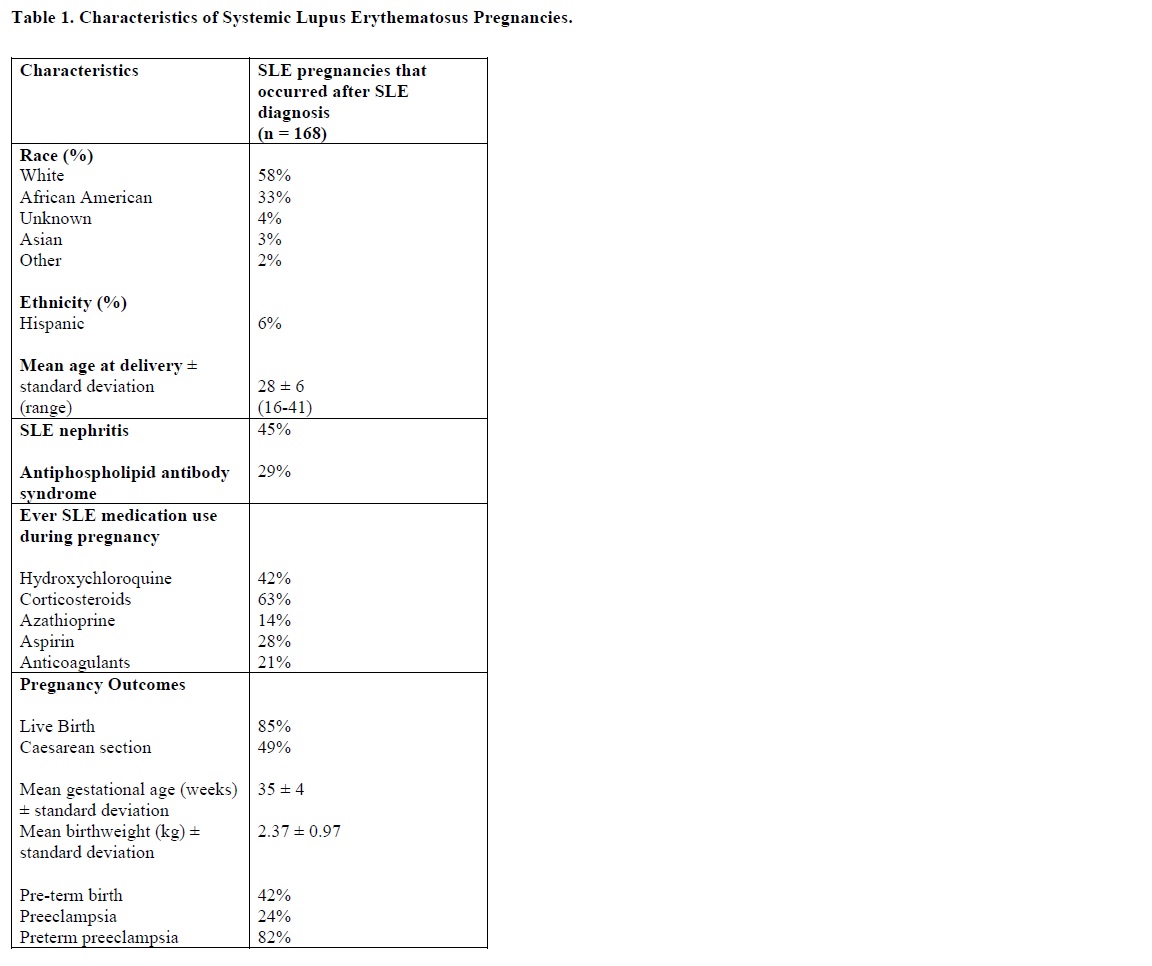 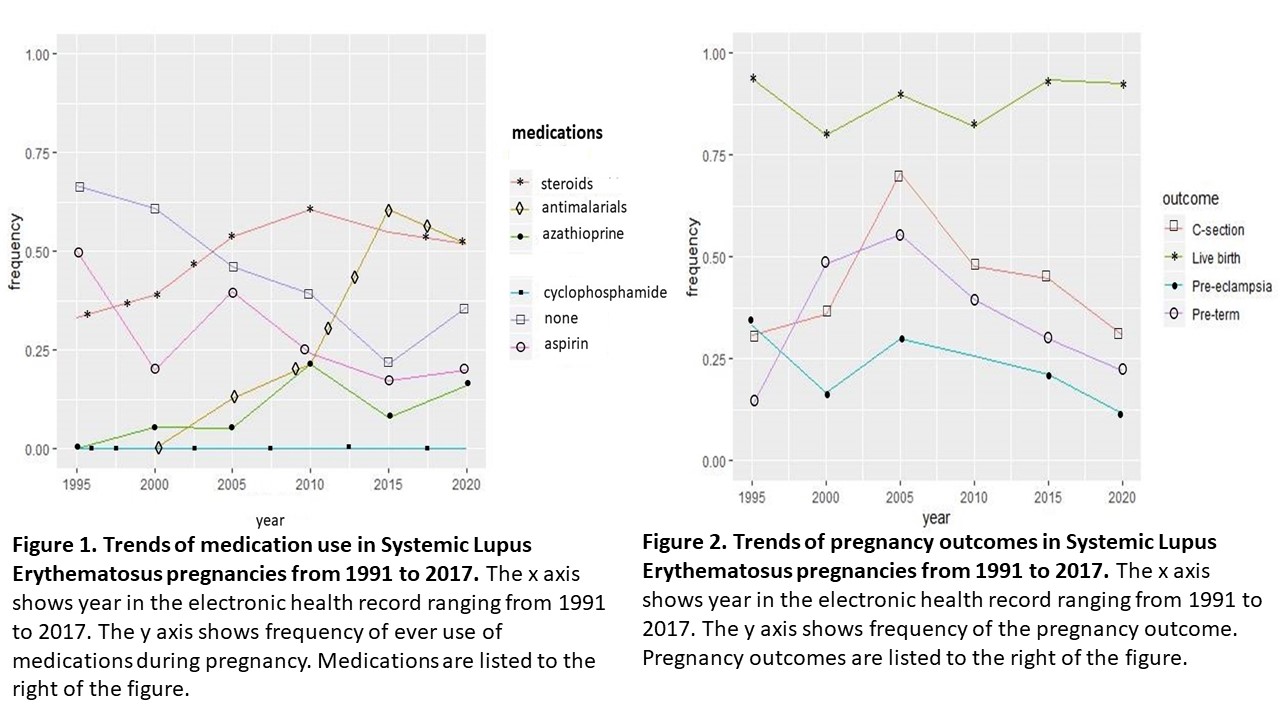 Disclosures: A. Barnado, Nashville Biosciences, 1; A. Camai, None; L. Wheless, None.