Methods: We searched several databases from inception through April 2020 for studies evaluating efficacy and safety of ESD, EMR+RFA and sEMR for management of Barrett’s related early neoplasia. Our primary outcomes of interest were recurrence of HGD or EAC, along with risk of strictures, perforation and bleeding. Secondary outcomes included enbloc and R0 resections for ESD, complete eradication of neoplasia for EMR-RFA and sEMR. Weighted pooled rates (WPR) were calculated for each outcome. Proportionate difference was calculated to compare different endoscopic modalities in terms of primary outcomes of interest.

Discussion: There was no difference in recurrence of neoplasia with any endoscopic modality. However, EMR+RFA had best safety profile as it was associated with lower risk of perforation as compared to ESD and lower risk of stricture formation and bleeding as compared to sEMR. 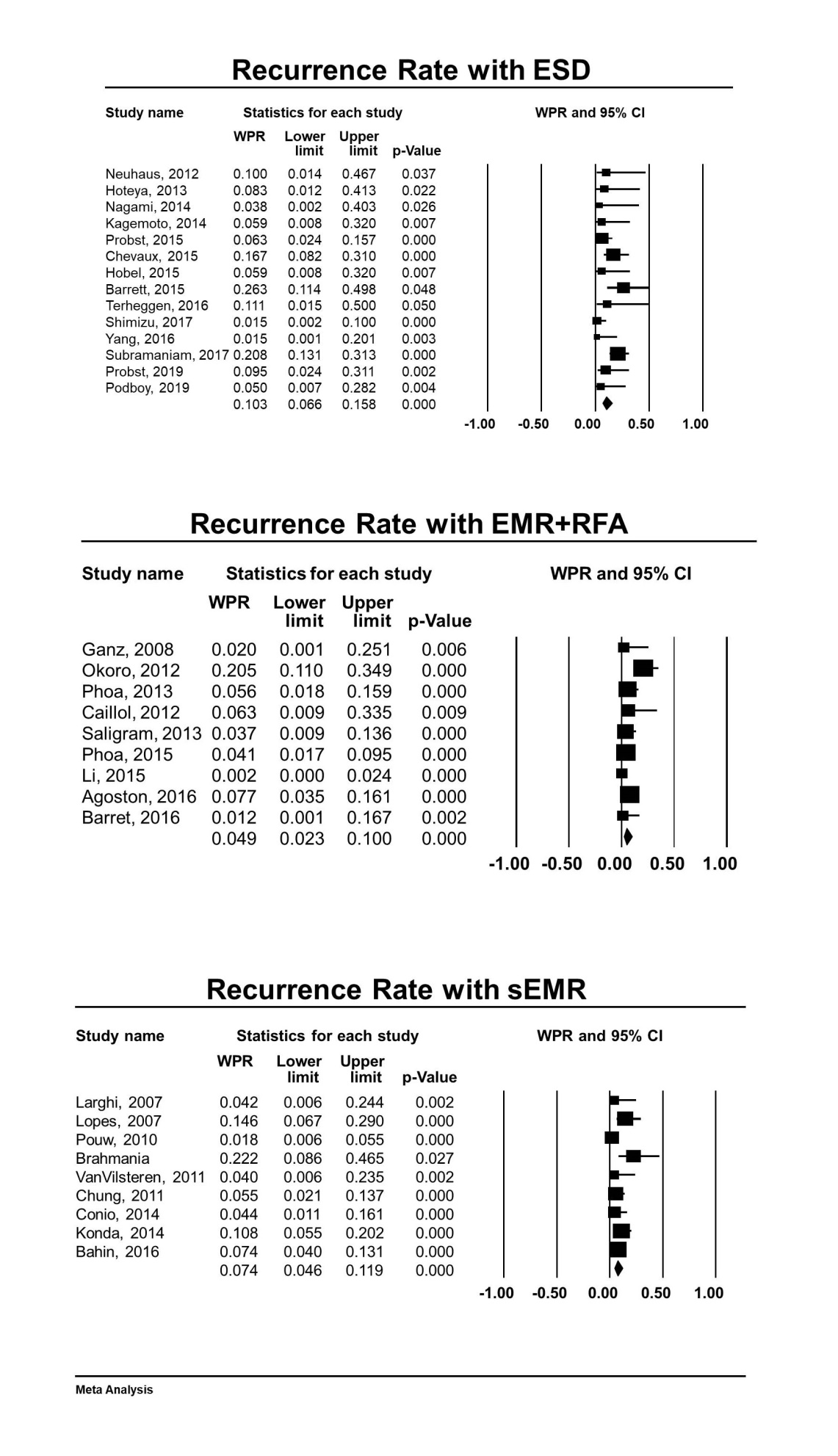 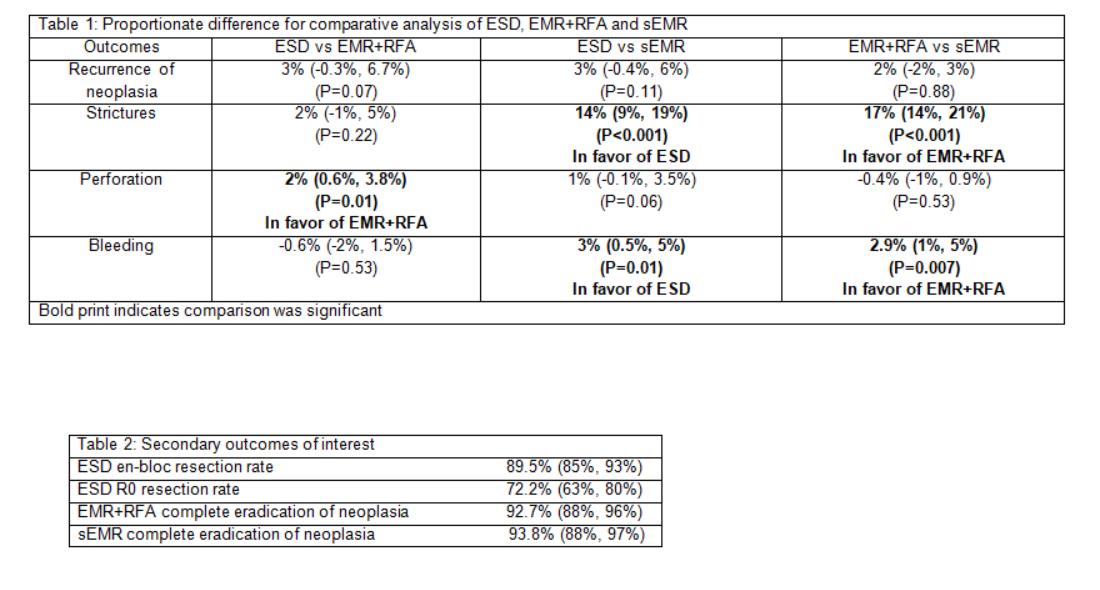