Introduction: The number of women entering medical school has increased to over half (51.6%) of all matriculants. Racial minorities are an increasing percentage of the US population but remain underrepresented in gastroenterology (GI) training programs. The goal of this study was to characterize sex, ethnic, and racial representation across trainees in GI programs and to identify their changes over time to identify trends.

Methods: Demographic data was obtained from the National Graduate Medical Education Census that is published by American Medical Association (AMA) and the Association of American Medical Colleges (AAMC). Diversity was assessed using proportions of minority and female trainees. The AAMC defines underrepresented minorities (URM) as Blacks, Hispanic, Native Americans/ Pacific islanders. The trends in racial, ethnic, and sex diversity over a 10-year period from 2009 to 2019 within United States GI fellowship programs was analyzed.

Discussion: This is the first study, per our knowledge, to examine the racial and gender representation of GI fellows in US training programs. While the proportion of female medical students has increased, the proportion of female GI fellows has not followed. There continues to exist a significant racial, ethnic and sex disparity among GI trainees over the past 10 years. While Asian trainees are well represented, the proportion of other minorities has not significantly increased during this time. This data represents an initial analysis of the scope of disparity. Further research should focus on methods to increase female and minority representation among trainees. 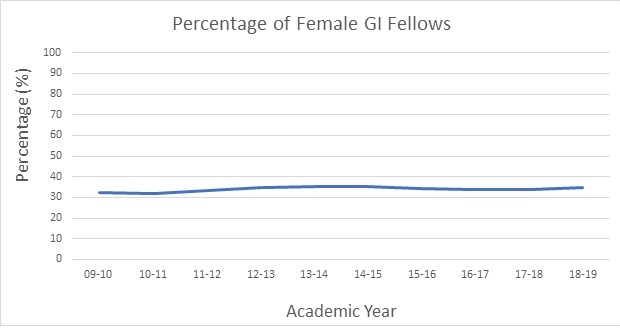 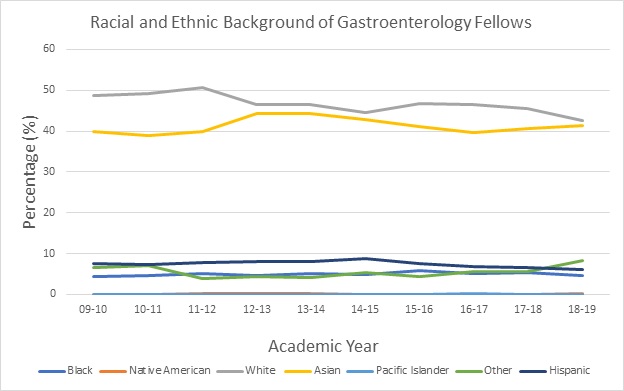 Figure 2: Ethnic and Racial Background of Trainees Over Time 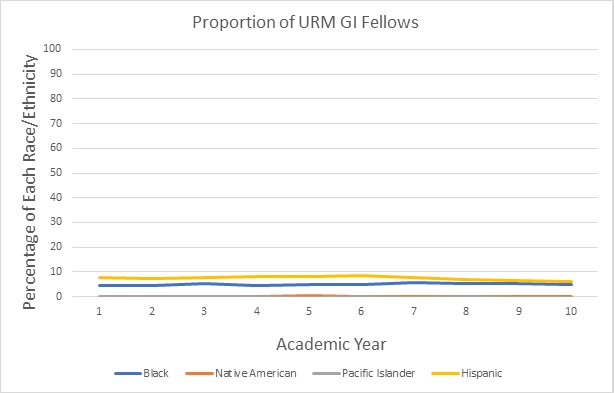