Introduction: CI is the most common ischemic injury to the GI tract. The clinical utility of antibiotic treatment (ABX) in CI is unclear and the literature is limited. We hypothesized that ABX leads to improved patient outcomes in CI.

Methods: We conducted a retrospective cohort study of pts admitted with biopsy-proven CI admitted to Yale-New Haven Hospital and Montefiore Medical Center from 2005-2017. For each pt, demographics, medical co-morbidities, medication exposures, treatments and outcomes were recorded. Pts who received any ABX therapy (CI+ABX) were compared with those that did not (CI-ABX). Subgroup analyses were performed considering the American College of Gastroenterology guidelines for severity of CI (mild/moderate and severe) and according to age (≤65 and >65 yrs). Multivariate logistic regression was used to predict binary outcomes adjusting for the Charlson Comorbidity Index (CCI), severity of CI and presence of concomitant small bowel ischemia (SAS 9.4).

Discussion: ABX does not improve outcomes in pts with CI overall or at any severity level. 30-d mortality was not improved with ABX, even when accounting for age, co-morbidities, severity and small bowel involvement. Given this, clinicians should consider not giving ABX to pts with CI. A prospective, randomized controlled trial, would be important to further validate these results. 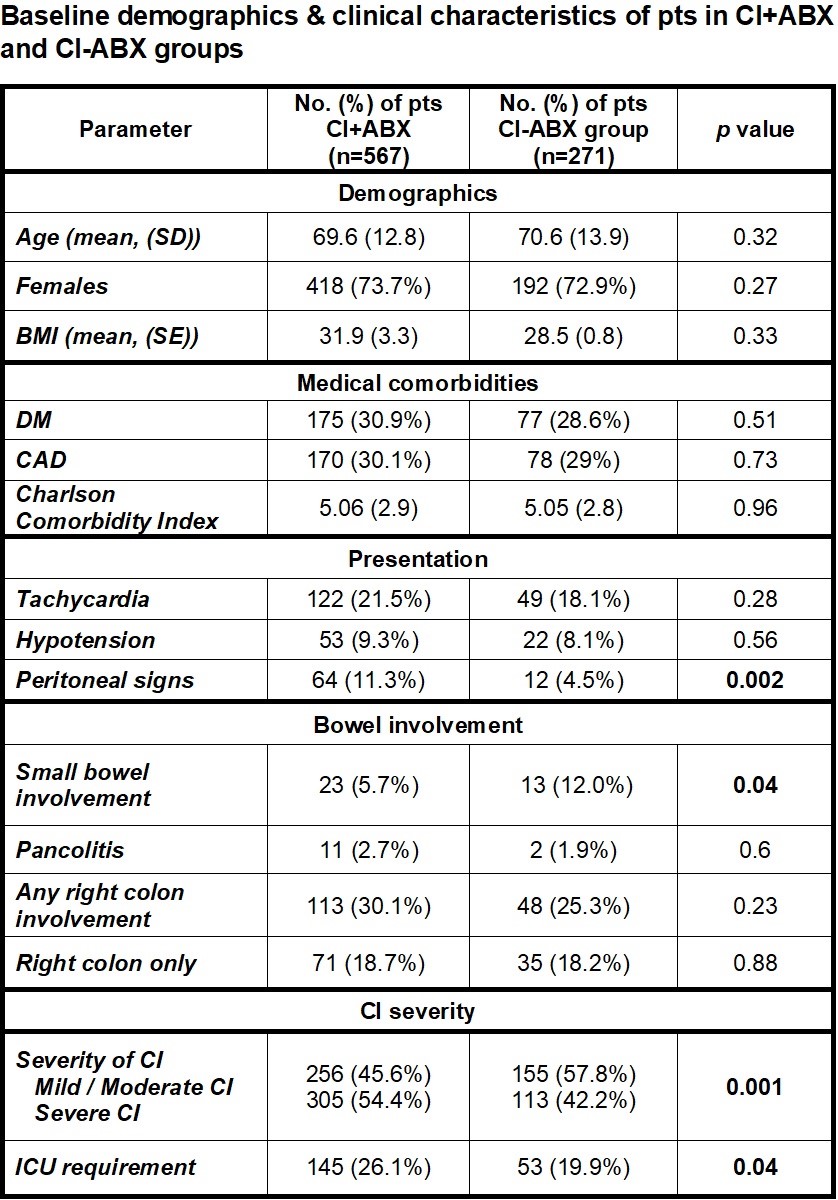 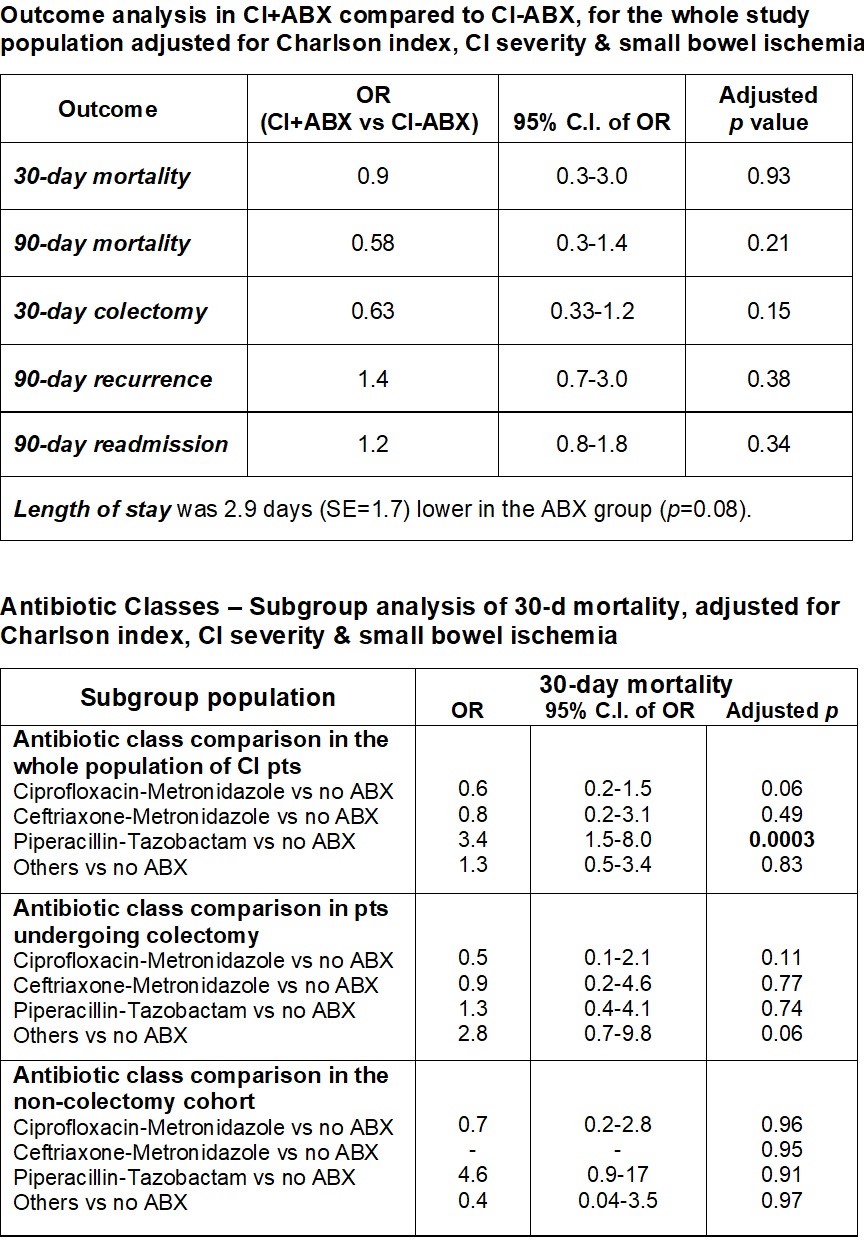