Introduction: Pancreatic cancer is one of the most lethal malignancies and at least 20% stem from progression of mucinous-type pancreatic cysts.  Until recently, the only widely accepted treatment options for intraductal pancreatic mucinous neoplasms (IPMNs) were indefinite radiographic surveillance or invasive surgical resection, both with significant limitations. EUS-guided chemoablation is a rapidly evolving technique allowing 50-79% rates of complete ablation in appropriately selected patients. Main duct IPMNs with high-risk features have been excluded from most ablation trials to date and no reports of main duct ablation can be found by literature search.

Methods: A 67-year-old male with heart failure, presented to our facility for assessment of a cystic mass lesion in pancreas. EUS-FNA showed high-risk features and cytopathology was consistent with IPMN. Enhanced CT scan showed dilation of the main pancreatic duct (Fig 1). The patient was considered a high-risk surgical candidate given his cardiovascular history. Due to the success and safety of alcohol free EUS-guided chemoablation at our institution, this option was considered.
EUS showed the IPMN to extend from the mid body to the tail with marked dilation, thick walls and mural nodules (Fig 2). A 19 gauge FNA needle was introduced into the cyst and fluid was aspirated whereupon the same amount of the gemcitabine-paclitaxel mixture was injected, filling the cyst to the original dimension. He tolerated the procedure well, except for mild pancreatitis that required inpatient observation prior to discharge. Follow-up CT scan 6 months after initial chemoablation was performed and showed no radiographic evidence of the IPMN (Fig 3). The patient has remained asymptomatic. Our long-term follow up plan is repeat CT scan, basic lab work and tumor markers every 6 months for the first year. If signs of complete ablation remain stable, surveillance with CT scan and tumor markers will be done annually.

Discussion: Main duct IPMN has been a contraindication to alcohol-based ablation due to the potential of causing severe pancreatitis. The advent of alcohol-free ablation has demonstrated significantly increased safety. This case is an example of successful EUS-guided chemoablation of a main duct IPMN with multiple high-risk features. While no broad conclusion should be drawn from one case, this does suggest that alcohol free chemoablation of main duct IPMN may be considered in highly selective cases where surgical risks are prohibitive. 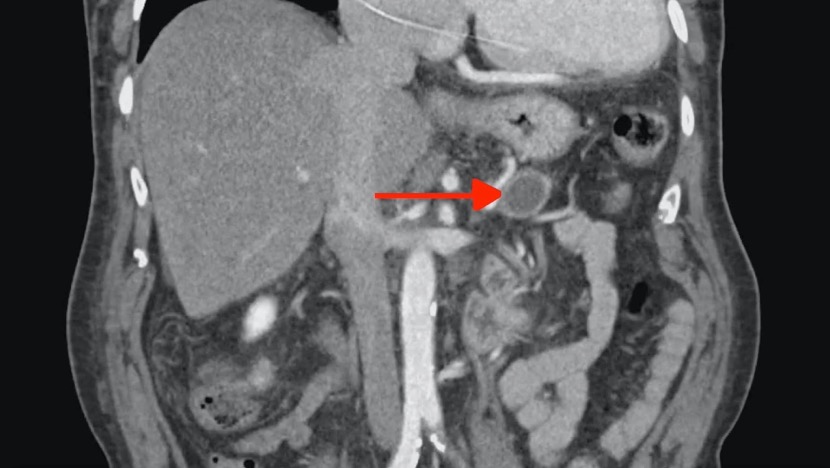 Figure 1: Initial, enhanced CT scan showed dilation of main pancreatic duct as shown by the red arrows in the body and tail, measuring 18mm in diameter without clear solid mass or pathologic lymphadenopathy. 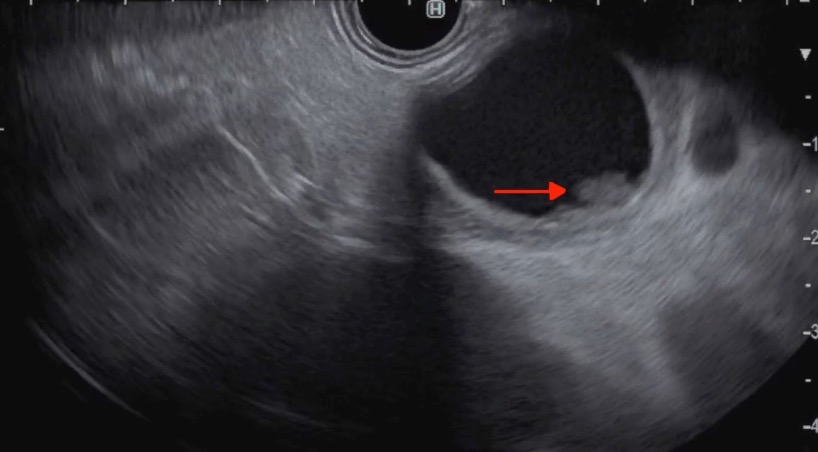 Figure 2: EUS shows that this IPMN extends from the mid body to the tail and red arrows highlighting marked dilation of over 1cm with thick walls and several epithelial type mural nodules present 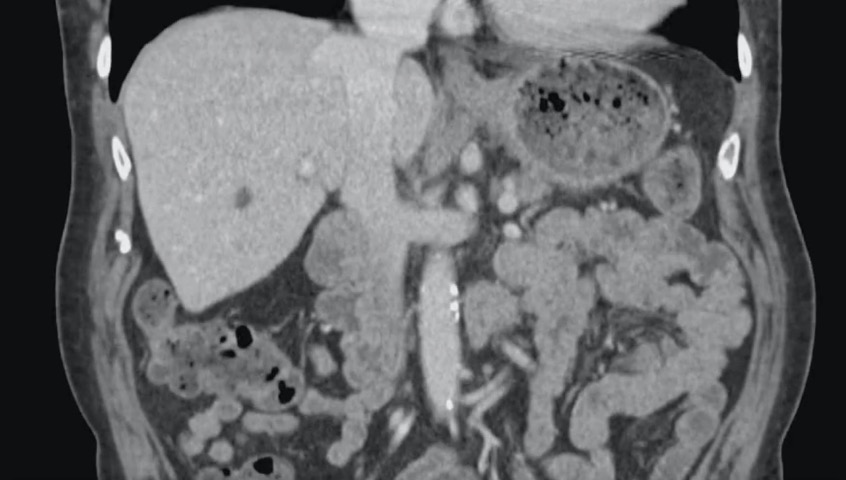 Figure 3: Follow-up enhanced CT scan 6 months after initial chemo ablation was performed and showed excellent results from the ablation. There was no radiographic evidence of the IPMN visible.