Introduction: Underwater endoscopic mucosal resection (UEMR) for colorectal polyps has been reported to have good outcomes in recent studies. We conducted a systematic review and meta-analysis studying efficacy and safety of UEMR as compared to conventional EMR (CEMR).

Discussion: In this systematic review and meta-analysis, we found that UEMR is safer and more effective than CEMR with lower rates of adverse events and recurrence. UEMR use should be encouraged over CEMR. 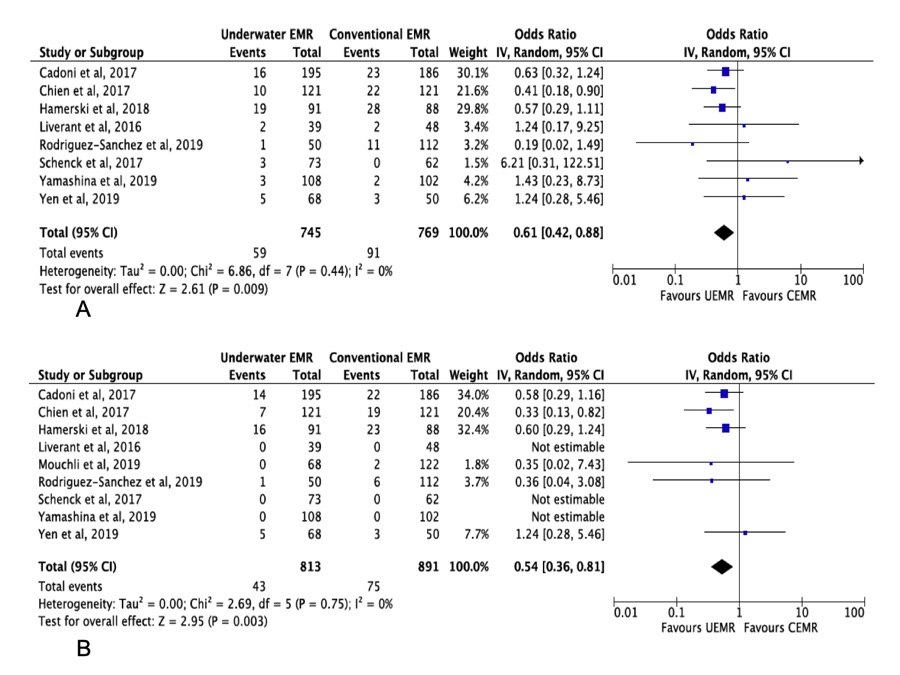 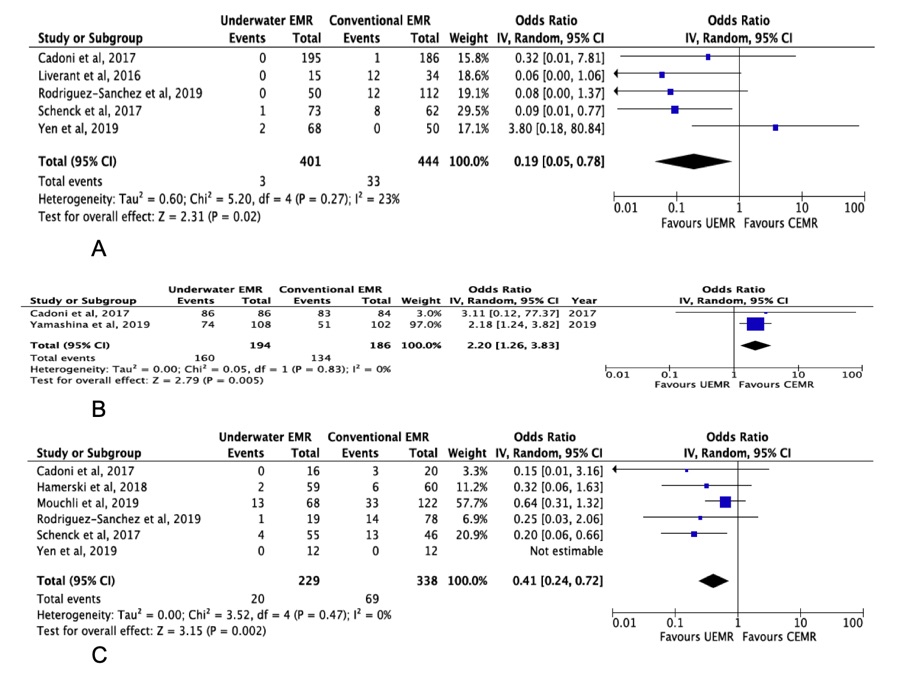 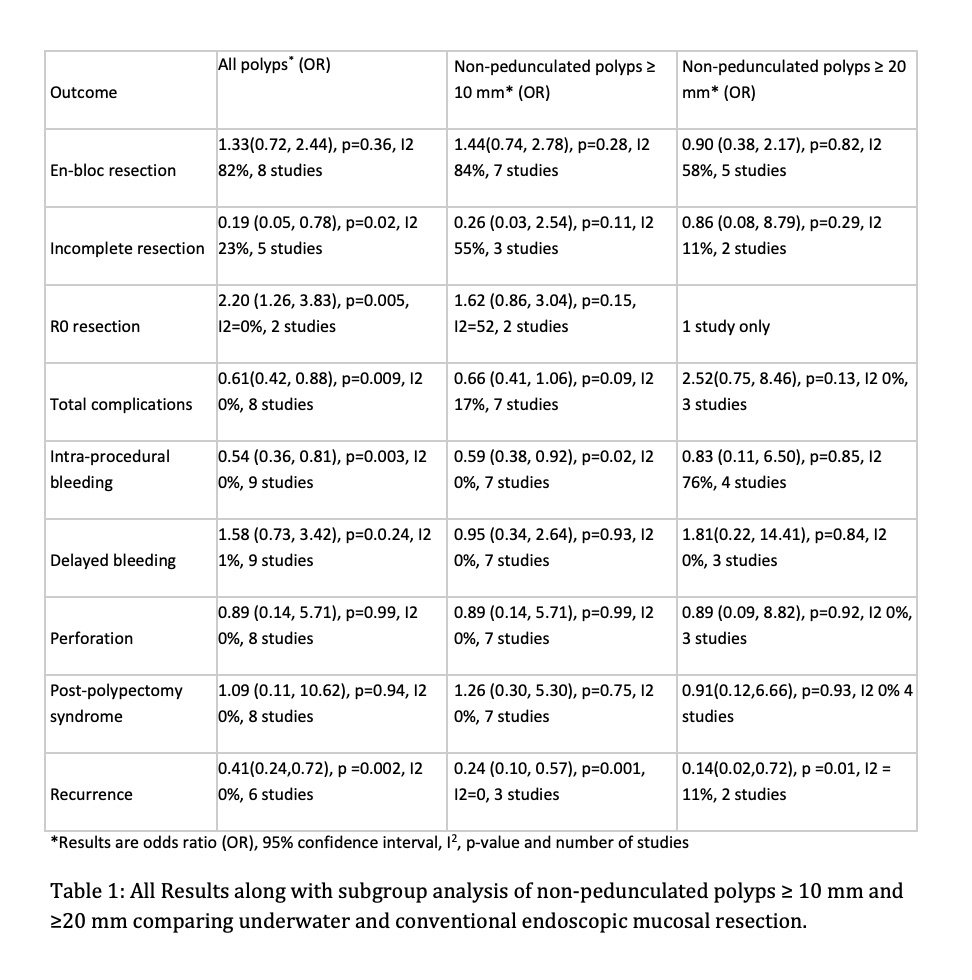 Table 1: All Results along with subgroup analysis of non-pedunculated polyps ≥ 10 mm and ≥20 mm comparing underwater and conventional endoscopic mucosal resection.