23 (S0267). - Functional and Transcriptional Consequences of Aspirin Use on the Human Fecal Microbiome

Introduction: Aspirin has been consistently observed to have chemoprotective effects on colorectal neoplasia through multiple interrelated biomechanisms, including prostaglandin synthesis, prostaglandin catabolism, and chronic inflammation via MIC-1. However, it is essential to understand the role human-extrinsic factors, such as the enteric microbiome, have in mediating these effects. It remains unclear how these bacteria may mechanistically influence carcinogenesis, or interfere with cancer prevention, and how regular aspirin use influences the microbiome.

Methods: We have analyzed aspirin use, and other clinical metadata, from a subset of men selected from the Health Professionals Follow-up Study (n=51,529). Our subset, the “Men’s Lifestyle Validation Study and Microbiome Correlation”, randomly selected for men without history of coronary heart disease, stroke, cancer, or major neurological disease. Stool samples were collected amongst 308 of the participants. Sequencing of the stool samples provided metagenomic and metatranscriptomic data to be analyzed in conjunction with clinical metadata utilizing SAS, R, and the Biobakery pipeline (MaAsLin2, MetaPhlAn2, HUMAnN2), with appropriate multiple-testing hypothesis correction.

Results: Metagenomically derived taxonomic and functional profiles of the gut microbiota demonstrated that regular aspirin use significantly shifted community structures. Specifically, Bacteroides caccae and Hungatella hathewayi were enriched with regular aspirin use, whereas Eubacteriumsp. 3_1_31, Odoribacter unclassifised, and Dorea longicatena were depleted. Although similarly influenced by aspirin, they did not appear to highly correlate with one another. Additionally, nine bacterial enzymes, primarily transferases, were depleted by regular aspirin use. Metatranscriptomic analysis found inverse correlations between regular aspirin use and several enzymes: cystathionine beta-lyase, endopeptidase, glucan 1,4-alpha-glucosidase, CoA-disulfide reductase, and an arylsulfatase. This suggests aspirin may influence inhibition of potentially pathogenic bacterial functions.

Discussion: Regular aspirin use elicits significant, and consistent, changes in microbial enteric communities, with additional shifts in functional and transcriptional gene expression. These demonstrate means by which aspirin may mediate its chemoprotective effects. By further characterizing these shifts we can identify pathways that could provide targets for potential future therapeutics. 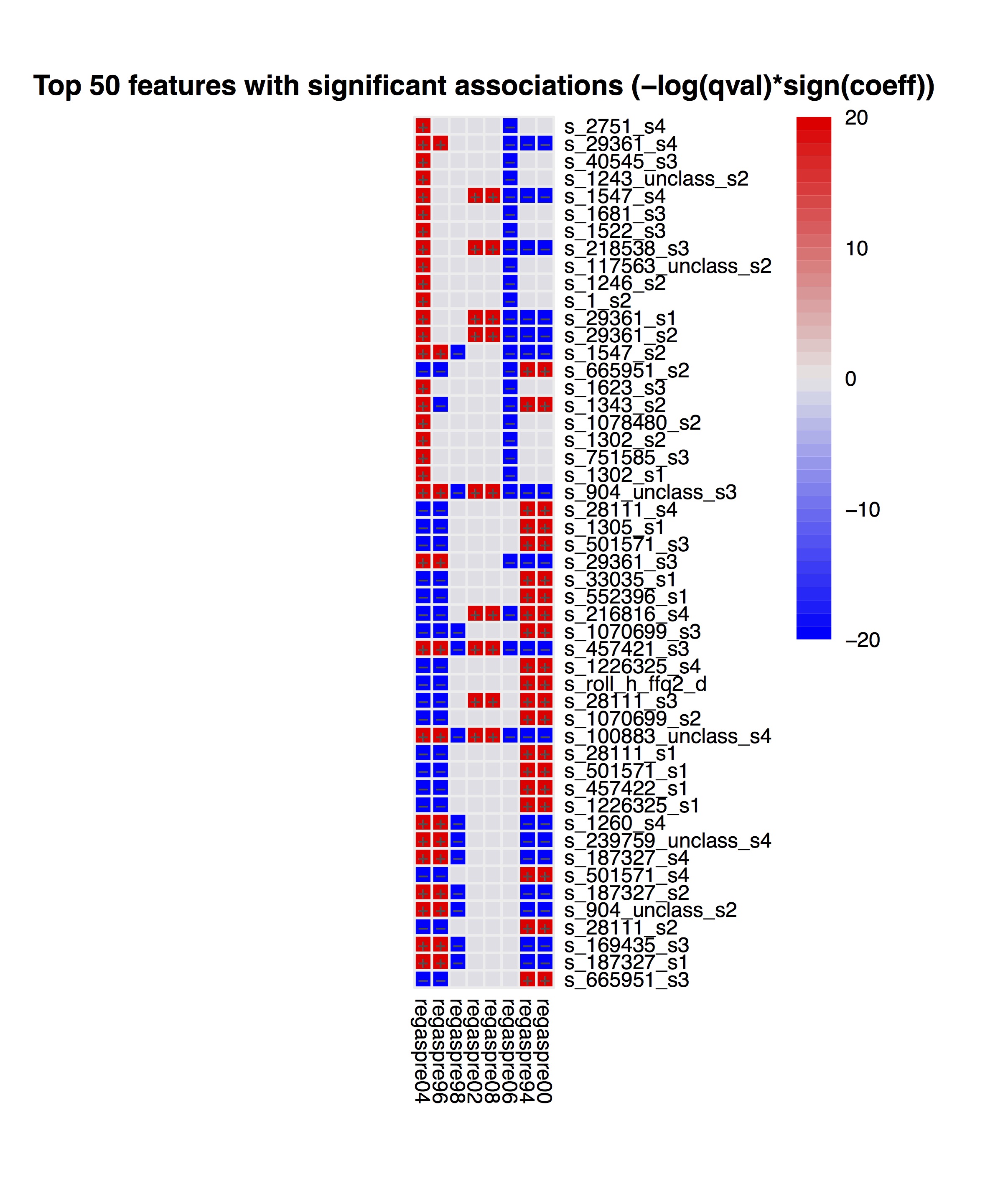 Species data from metagenomic sequencing was analyzed against different time points of regular aspirin use, with multiple testing control via multivariate analysis, to identify species where regular aspirin use significantly associated with increased, or decreased, abundance. 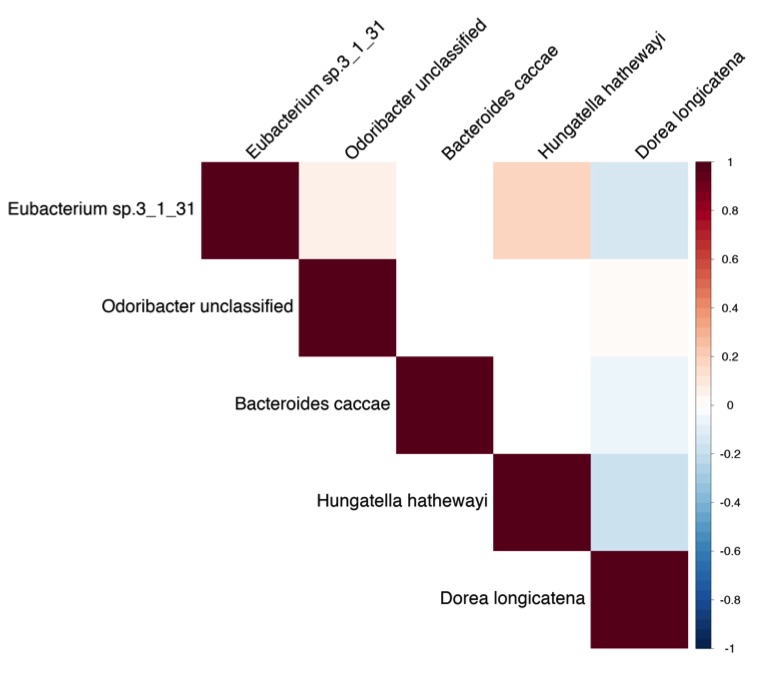 Multivariate analysis, to adjust for potential confounders, led to the identification of species significantly associated with aspirin use from those above. Bacteroides caccae and Hungatella hathewayi were enriched by regular aspirin use. Eubacterium sp. 3_1_31, Odoribacter unclassified, and Dorea longicatena were depleted. When correlated against each other, these species retain relative independence from one another. 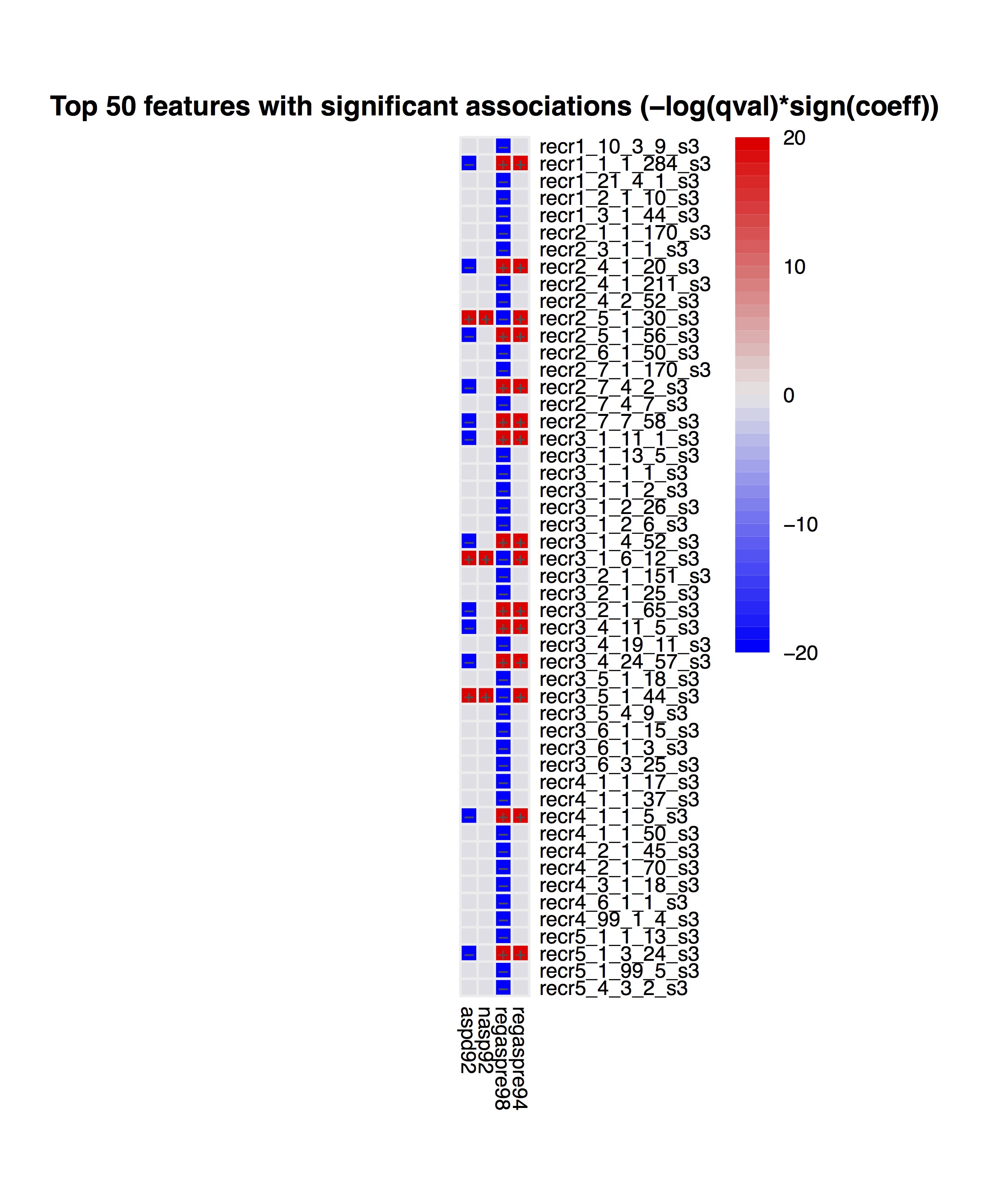