P2521 (S1211). - The Associations Between Obesity and Early Onset Colorectal Cancer: A Propensity-Weighted Analysis of the National Health and Nutrition Examination Survey (NHANES) 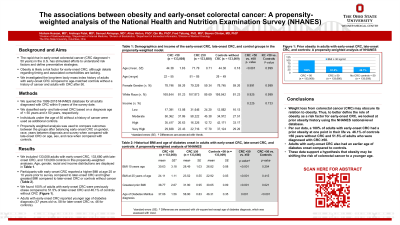 Introduction: The rapid rise in early-onset colorectal cancer (CRC diagnosed < 50 years) in the U.S has stimulated efforts to understand risk factors and define preventive strategies. Obesity is likely one contributing risk factor, although details regarding timing and associated comorbidities are uncertain. Of course, precision in defining this relationship may be confounded by reverse causality (i.e. CRC induced weight loss). Thus, we investigated the long-term Body Mass Index (BMI) history of adults with early-onset CRC compared to controls.

Methods: We queried the 1999-2018 NHANES database for all adults diagnosed with CRC within nine years of the survey date. We classified early- and later-onset CRC based on a diagnosis age of < 50 and ≥50 years, respectively. Individuals under the age of 50 without a history of cancer were classified as controls. Propensity weighted analysis was used to compare outcomes between the groups after balancing early-onset CRC on gender, race, and years between diagnosis and survey when compared with later-onset CRC and age, sex, and race when compared with controls. 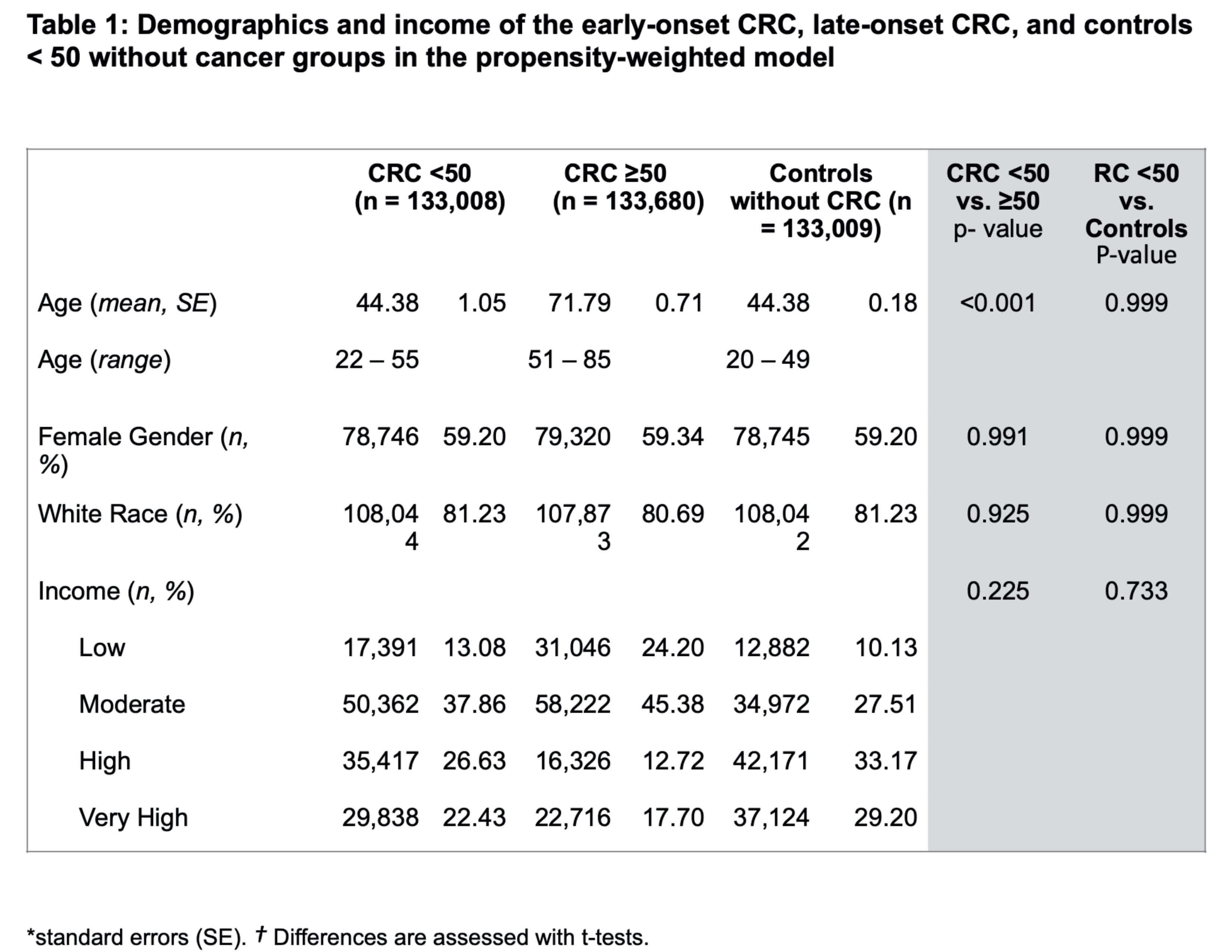 Table 1. Demographics and income of the early-onset CRC, late-onset CRC, and controls < 50 without cancer control groups in the propensity-weighted model. 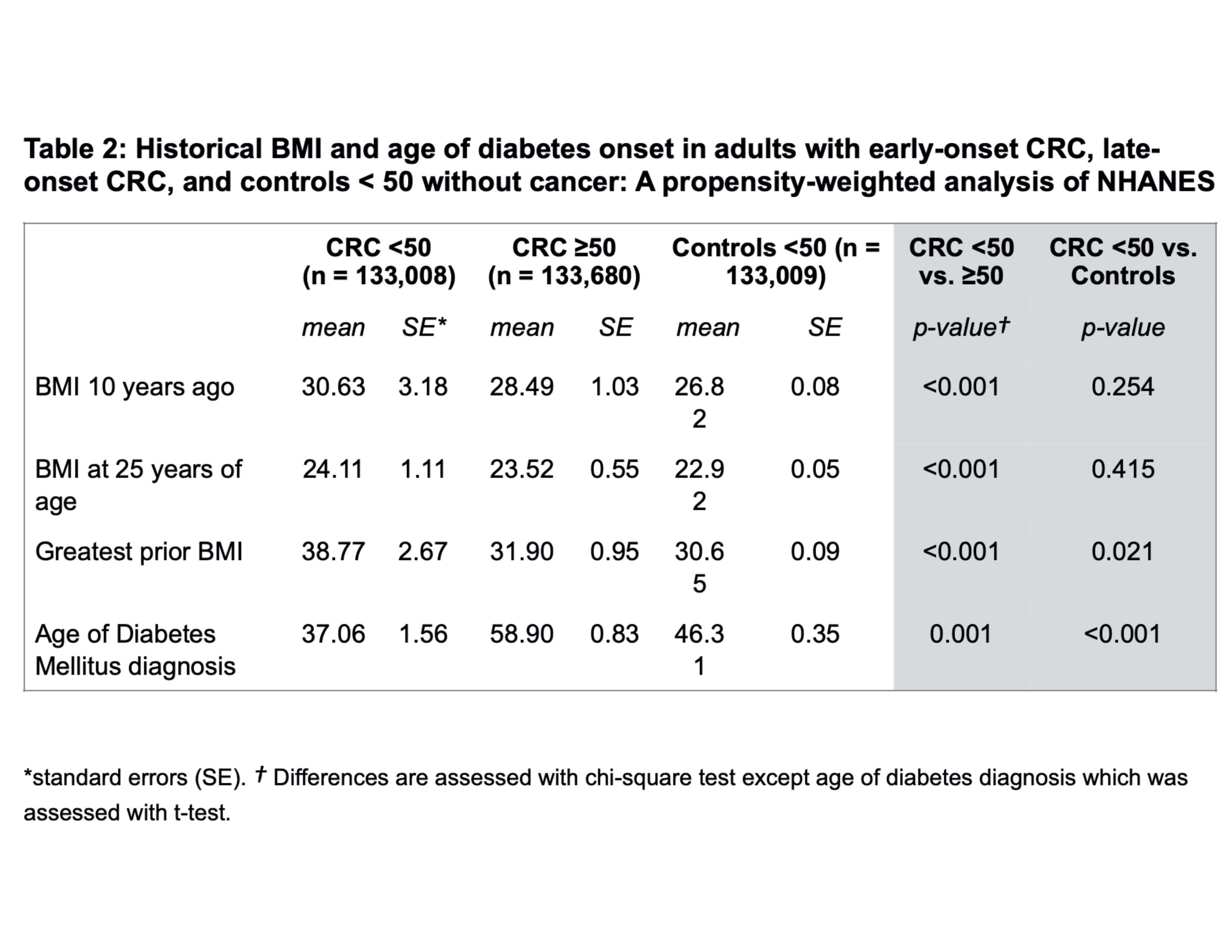 Table 2. Historical BMI and age of diabetes onset in adults with early-onset CRC, late -onset CRC, and controls < 50 without cancer: A propensity-weighted analysis of NHANES

Figure 1. Prior obesity in adults with early-onset CRC, late-onset CRC, and controls: A propensity-weighted analysis of NHANES