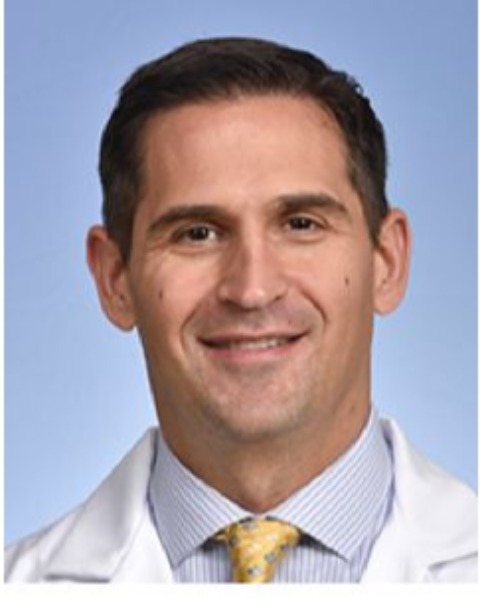 Daniel Grabo, MD currenly serves as Associate Professor of Surgery and Director of Trauma Education at West Virginia University. He obtained his medical degree from Georgetown University School of Medicine in 2003 and subsequently completed his surgical residency at Thomas Jefferson University in Philadelphia. Upon completion of his surgical residency, Dr. Grabo, entered into active duty in the US Navy and served as ship’s surgeon aboard the USS Enterprise from 2009-2010. After completing his tour on board the Enterprise, Dr. Grabo returned to Philadelphia to complete fellowship training in traumatology, surgical critical care, and emergency surgery at the University of Pennsylvania. He has served as instructor at and medical director of the Navy Trauma Training Center at LAC+USC Medical Center. Additionally, he held an appointment as clinical assistant professor of surgery at Keck School of Medicine of USC. In 2014, he deployed as the Chief of Trauma at the NATO Role 3 Multinational Medical Unit in Kandahar, Afghanistan. For his service in the US Navy, he was awarded the Meritorious Service Medal, Navy Commendation twice and the Navy Achievement Medal. In addition, he has received numerous teaching and mentorship awards while at USC and West Virginia University. Dr. Grabo is the author of numerous book chapters and peer-reviewed articles in the fields of trauma, emergency surgery, critical care and surgical education.