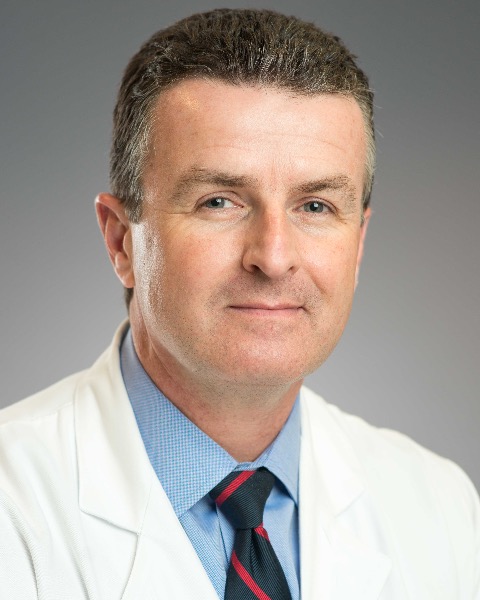 Professor and Director, Division of Acute Care Surgery
University of Alabama at Birmingham School of Medicine

Jeffrey D. Kerby, MD, PhD, Professor and Director, Division of Acute Care Surgery, University of Alabama at Birmingham.
Dr. Kerby received both his undergraduate degree and medical degree from the University of Missouri at Kansas City in 1989. He completed his surgical residency in general surgery at the University of Alabama at Birmingham in 1999, along with a postdoctoral research fellowship in 1996. Following residency, Dr. Kerby served in the United States Air Force as an active duty surgeon until 2003, deploying as a combat trauma surgeon in support of Operation Enduring Freedom in 2002. Dr. Kerby returned to UAB in 2003. Since his return, he has served as a clinically active acute care surgeon and was the chief of general surgery at the Birmingham VA Medical Center from 2009 through 2014. Since 2014, he has served as the Director of the UAB Division of Acute Care Surgery. An active researcher, Dr. Kerby served as the principal investigator for the Alabama Resuscitation Center of the Resuscitation Outcomes Center network, an NIH funded multicenter trials network focused on outcomes of hospital clinical trials in trauma and cardiac arrest, from 2005 through 2015.
Dr. Kerby has established military-civilian partnerships between UAB and the U.S. Air Force and U.S. Army, developing trauma-training programs for Air Force Pararescue personnel and Army 18 Deltas. In addition, the Division of Acute Care Surgery hosts four Air Force Special Operations Surgical Teams on a permanent basis through a training affiliation agreement with Air Force Special Operations Command. Dr. Kerby currently serves on the Executive Committee of the American College of Surgeons Committee on Trauma and also serves as Chair of the COT Membership Committee.