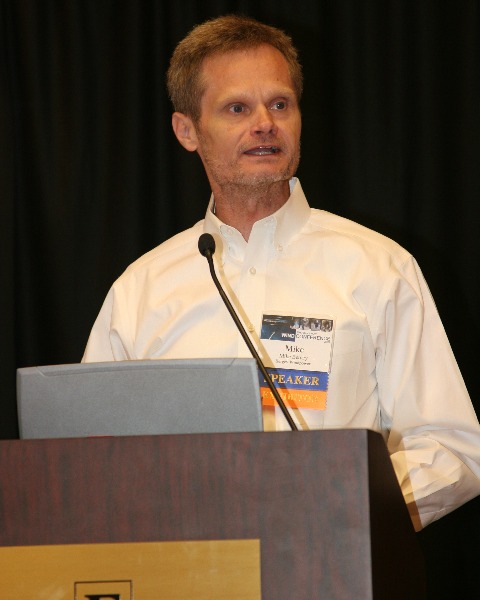 A co-founder of Bergey Windpower Co. in 1977 and its’ president & CEO, Mike Bergey is a mechanical engineer and an internationally recognized expert in the fields of small wind systems, distributed generation, hybrid systems and green telecom. He holds one patent, has authored more than 80 technical papers and articles in the field, has provided testimony to the U.S. Congress, and has served as a consultant to a number of U.S. and international agencies.

He is currently in his fifth term as president of the Distributed Wind Energy Association (DWEA), which represents the small and distributed wind industry. He has twice served as president of the American Wind Energy Association (AWEA) and served on the AWEA Board of Directors from 1981 to 2007. In 1994 he was recognized as the “Wind Industry Man of the Year” by AWEA. In 1981 he was recognized by AWEA for development of the “AWEA Performance Rating Standard”, which was the basis for the IEC 61400-12 performance testing standard used for all wind turbines worldwide. He chaired the AWEA Small Wind Standards Committee and led the development of the 2008 AWEA turbine certification standard (also adopted in the U.K., Japan, and Canada). He’s a past president of the Norman, Oklahoma Chamber of Commerce.