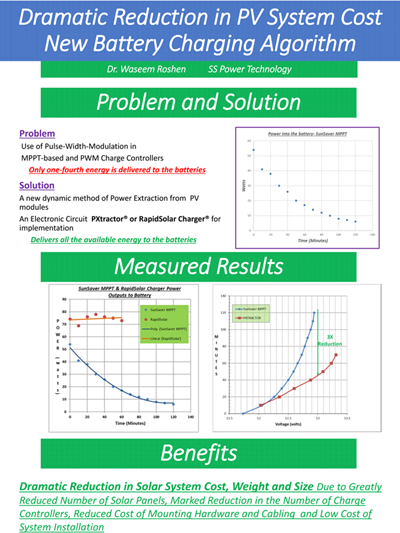 A new constant power algorithm is described for charging a battery. This new algorithm is especially suited for charging a battery from a solar module(s) because it ensures that all the electrical power generated in a solar module is delivered to the battery all the time, irrespective of the charge state of the battery. In order to protect the battery, the current is gradually reduced as the battery voltage rises such that the power going into battery is constant until the full charge state is reached. Once the full charge state is reached, the power to the battery is turned off. The paper would compare the performance of this new algorithm with commonly used algorithms such as MPPTs and PWM algorithms. These commonly used algorithms usually employ constant voltage methods.