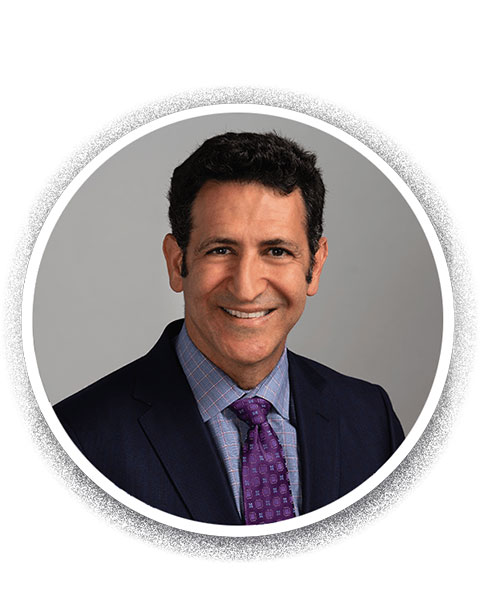 Marwan Noel Sabbagh, MD, board certified neurologist and geriatric neurologist, hopes to work himself out of a job. Considered one of the leading experts in Alzheimer’s and dementia, he is the Camille and Larry Ruvo Endowed Chair for Brain Health and Director of Cleveland Clinic Lou Ruvo Center for Brain Health in Las Vegas. Dr Sabbagh has dedicated his career to finding a cure for Alzheimer’s and other age-related neurodegenerative diseases.

Dr. Sabbagh is a leading investigator for many prominent national Alzheimer’s prevention and treatment trials. Dr. Sabbagh is on the editorial board for Journal of Alzheimer’s Disease and BMC Neurology. He is now editor in chief of Neurology and Therapy. He has authored and co-authored more than 320 medical and scientific articles on Alzheimer’s research.

Dr. Sabbagh is the author of The Alzheimer’s Answer: Reduce Your Risk and Keep Your Brain Healthy, with foreword by Justice Sandra Day O’Connor, and of The Alzheimer’s Prevention Cookbook: 100 Recipes to Boost Brain Health. He has edited Palliative Care for Advanced Alzheimer’s and Dementia: Guidelines and Standards for Evidence Based Care and Geriatric Neurology, published in 2014.

Dr. Sabbagh earned his undergraduate degree from the University of California, Berkeley and his medical degree from the University of Arizona in Tucson. He received his residency training in neurology at Baylor College of Medicine, Houston, Texas, and completed his fellowship in geriatric neurology and dementia at the University of California, San Diego School of Medicine, where he served on the faculty as assistant professor. Before joining the faculty of the Barrow Neurological Institute where he served for three years, Dr. Sabbagh was with the Banner Sun Health Research Institute for 15 years.