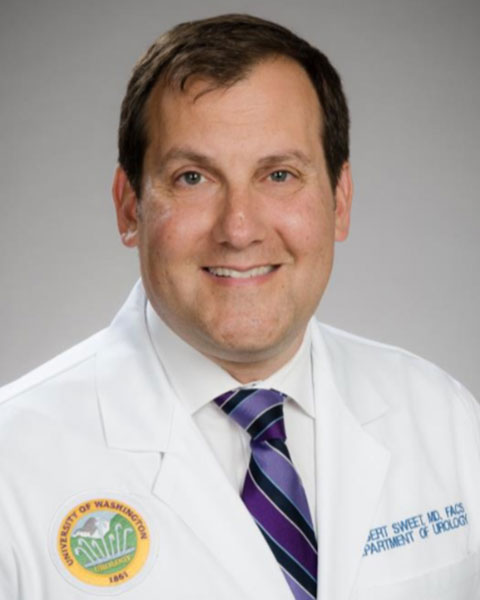 Professor of Urology / Executive Director of the WWAMI Institute for Simulation in Healthcare
Department of Urology, UW SoM

At the University of Washington, Dr. Sweet practices Urology with a focus on endourology with a clinical emphasis on kidney stones and diseases of the prostate. He has built an Institute that is actively engaged in funded simulation projects including the development of a human tissue property database, advanced real time and predictive modeling of human tissue and tool interactions, creation of virtual reality, hybrid and synthetic medical simulation models, multi-institutional validation studies of simulation-based curriculum, and delivery systems for the dissemination of simulation technologies. He was the 2015 Arthur Smith Award winner for the Endourology Society and has leadership positions in the area of simulation and education within the American College of Surgeons, the Endourological Society, and the American Urological Association. He is a former President of the Society of Laparoendoscopic Surgeons.