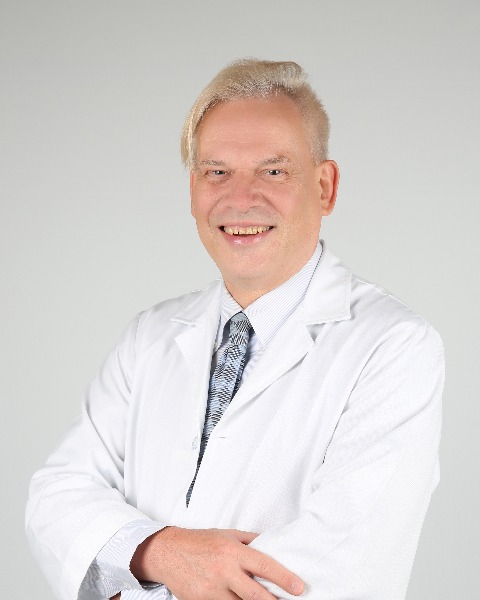 Dr. Noor Buchholz was trained in Germany, Switzerland and Australia. He has worked as a Consultant Urologist in Pakistan, the Netherlands in the United Kingdom where he was the Director of Endourology and Stone Services at the Royal London Hospital. In 2014, he moved to Dubai/ UAE.
Dr. Buchholz is a leading expert in minimally invasive urological surgery in general, and stone treatment in particular. He is a worldwide recognised expert in shockwave lithotripsy, the treatment of urinary stones, endourology and laparoscopy. He is also the world’s leading expert in the technology of permanent metal stenting of the urinary tract.
For more than 10 years, Dr. Buchholz has been one of only 46 trainers worldwide recognised by the International Endourology Society (IES), and the first such recognised trainer in Europe by the European Board of Urology (EBU). He was awarded multiple grants and awards. He is author on more than 350 original articles in scientific journals and book chapters. He sits on the editorial board of many international urological scientific journals, and is a peer reviewer for many more.
Dr. Buchholz sat also on the board of the stone section of the European Association of Urology (eULIS-EAU) for 8 years, which is responsible for guidelines, training and standards in stone treatment, both in European and worldwide. He was member of the Board of Directors of the Societe Internationale d’Urologie (SIU). He is founder and chairman of Experts in Stone Disease (ESD) organising global scientific meetings.
Dr. Buchholz is the Founding Director of U-merge (Urology in emerging countries), a society that been created to promote medical and urological education and training in emerging countries to elevate the worldwide standard of urological care for patients. As such he organises teaching and training activities from one-to-one tutoring to major international conference.