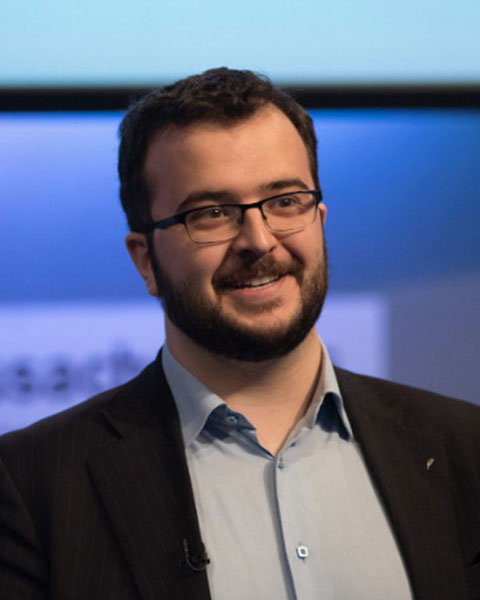 Charles Fracchia is the founder and CEO at BioBright, a company building smart laboratory tools to improve reproducibility in bio-medical research. He has spearheaded relationships with DARPA, the Wellcome Trust Sanger Institute, King’s College London and several key instrument vendors in the biomedical field. Charles did his graduate school between the MIT Media Lab and Harvard Medical School (George Church lab) where he was an IBM Ph.D. Fellow. He obtained his bachelor’s from Imperial College London, was an early intern at Ginkgo Bioworks and IBM Research.
His work has been presented at White House, MIT Sloan, NASA, IBM Research, Airbus, O'Reilly and SciFoo.
Charles has received several awards including being named one of 35 innovators under 35 by the MIT Technology Review, two IBM PhD fellowships, an Extraordinary Minds fellowship, the Awesome Foundation fellowship among others. He is the author of several patents in the field of future laboratory tools.