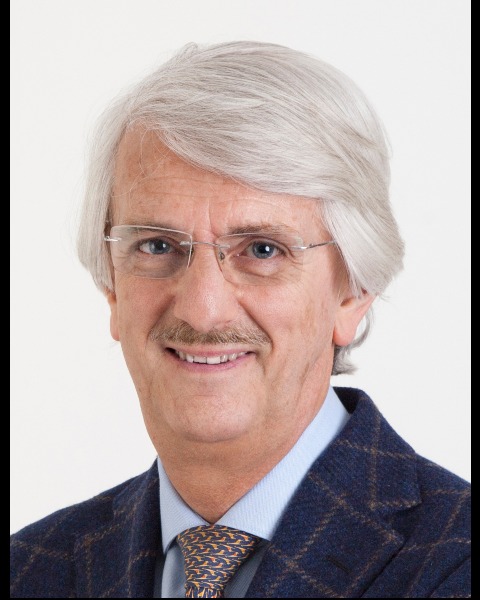 Luigi Alessandro Solbiati is Professor of Radiology at Humanitas University (Rozzano - Milan)
and Consultant of Interventional Radiology at Humanitas Clinical and Research Hospital. In his academic career, since 1988 he has been appointed as Contract Professor of “Techniques and Methods of Diagnostic Imaging” at the School of Radiology of the University of Milan. Previously, in his clinical activity, he worked at the General Hospital of Busto Arsizio (Milan area) as Chairman of the Department of
Oncology and Head of the Division of Interventional Oncologic Radiology.
His main fields of interest have always been interventional procedures in oncologic diseases (particularly percutaneous image-guided thermal ablation), imaging of the neck and contrast-enhanced sonography. He was one of the pioneers of ultrasound-guided aspiration biopsies (1979), ethanol injection (1983), radiofrequency ablation with cool-tip electrodes (1995) and microwaves (2009) of solid tumors, contrast-enhanced ultrasound (1998) and fusion imaging for the guidance of interventional procedures (2003).
He is currently involved in a very innovative project on the use of augmented reality for the guidance of interventional procedures.
He published 161 original articles in peer-reviewed journals as of yet, 131 of them indexed in PubMed.
His H-index is currently 54, his impact factor exceeds 450 and his publications had 21,090 citations (Google Scholar). In addition, he published 61 chapters in textbooks of Radiology, Interventional Radiology and Oncology and was Editor and Author of 12 books on small-parts sonography, contrast-enhanced sonography and ablative therapies, 5 of them for international publishing in English.
He gave 535 presentations at Meetings, Congresses and Courses in 23 different countries.