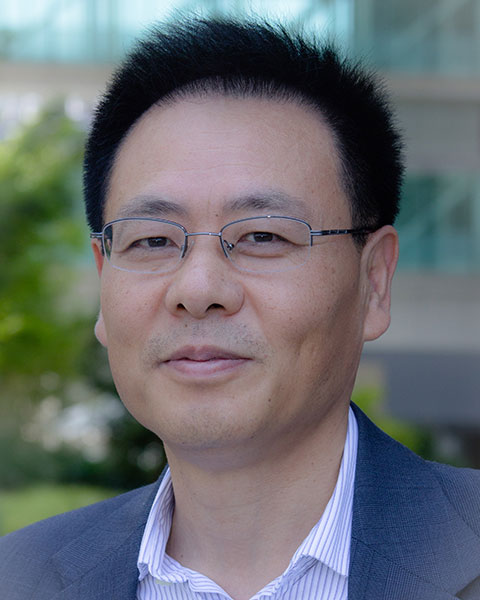 Debiao Li, PhD received his PhD in Biomedical Engineering at the University of Virginia in 1992. He was an Assistant Professor of Radiology at Washington University in St. Louis (1993-1998), Associate Professor (1998-2004), Professor (2004-2010) of Radiology and Biomedical Engineering, and Director of Cardiovascular MR Research (2004-2010) at Northwestern University, Chicago. Since 2010, Dr. Li has been the Inaugural Director of the Biomedical Imaging Research Institute and Storz Endowed Chair in honor of George Berci at Cedars-Sinai Medical Center, Los Angeles, Professor of Medicine and Bioengineering at the University of California, Los Angeles. Dr. Li has published more than 270 research articles and 19 book chapters. He has received more than $30M of research funding from National Institutes of Health. Dr. Li served as President of the International Society for Magnetic Resonance in Medicine (ISMRM) (2011-2012), the premier professional society that promotes innovation, development, and application of magnetic resonance techniques in medicine and biology throughout the world. He also served as President of the Society for Magnetic Resonance Angiography (2006-2007), President of the Overseas Chinese Society for MR in Medicine (OCSMRM) (2006-2008), and member of Board of Trustees, Society for Cardiovascular Magnetic Resonance (SCMR) (2009-2012). He is Associate Editor of Magnetic Resonance in Medicine (MRM) and the Journal of Magnetic Resonance Imaging (JMRI). He is a fellow of ISMRM and American Institute for Medical and Biological Engineering. He is widely recognized as a leader in cardiovascular MR research, including coronary artery imaging, atherosclerosis imaging, myocardial blood flow measurement, and non-contrast MR angiography.