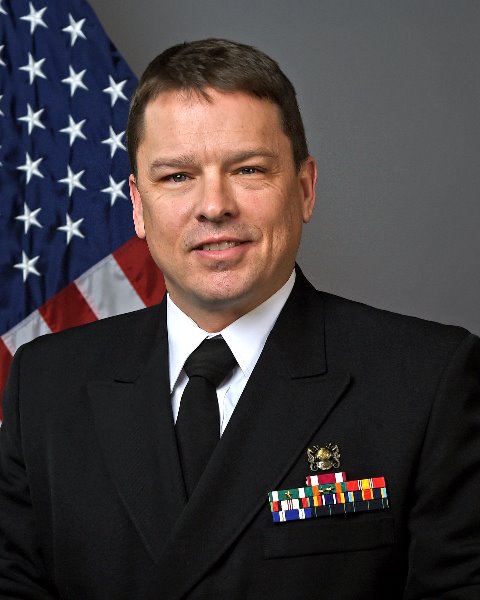 A native of Indiana, CDR Melton earned his Bachelor of Arts degree in Education from Purdue University, his Bachelor of Science from Grand Valley State University, and his Master of Arts in Community Counseling from Loyola University Chicago. CDR Melton completed his Ph.D. in Psychology in 2002 with an emphasis in research methods from Loyola University Chicago. He completed his APA internship in clinical psychology at Pine Rest Diagnostic Center where he specialized in the assessment and diagnosis of mental health issues. . CDR Melton attended the Naval War College and completed the JPME II and a Master of Arts degree in National Security and Strategic Studies. He was a member of the NWC Mahan Scholars group studying strategic deterrence especially as it applies to nuclear weapons and anti-proliferation agreements.

CDR Melton received his commission as a lieutenant in the Research Psychology subspecialty of the Medical Service Corps in 2002. He attended Officer Indoctrination School in Newport, R.I. His first assignment was at Naval Experimental Diving Unit, where he served as division officer of the Instrumentation and Assessment division. His work primarily focused on assessment and prediction of psychological functioning of warfighters in extreme environments. In 2003, CDR Melton completed the Diving Medical Officer course followed by the Navy Saturation Diving Officer course, becoming one of only four psychologists ever certified as a Navy diver and currently the only Medical Service Corp officer to hold the Saturation Diving Officer qualification. In 2006, he reported to the Naval Service Training Command, Great Lakes, where he served as a Research Psychologist and Deputy N5.. In 2011, CDR Melton reported to the Naval Submarine Medical Research Laboratory as Department Head of the Warfighter Performance Department and then Deputy Technical Director for the command. In 2013, CDR Melton completed his assignment as Deputy OIC of Mobile Care Team 7 after a seven-month deployment to Afghanistan to support Operation Enduring Freedom. His most recent assignment prior to coming to BUMED was the Deputy Military Director for Code 34 (Warfighter Performance) at the Office of Naval Research.