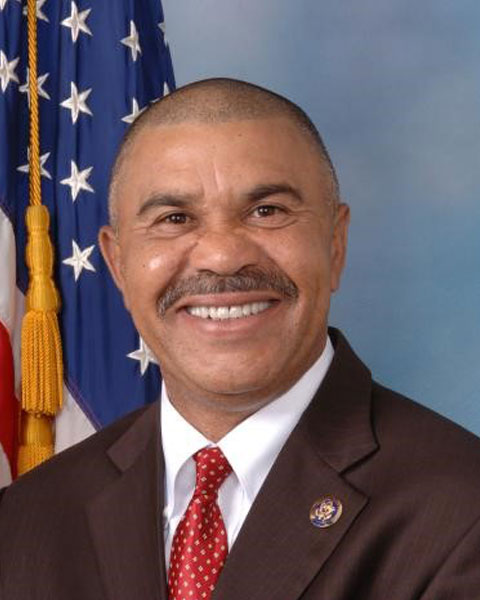 Congressman Wm. Lacy Clay is Missouri’s senior Democrat in Congress. Mr. Clay, who is currently serving his 10th term, was first elected to the U. S. House in 2000 after serving 17-years in both chambers of the Missouri State legislature. He succeeded his father, the Honorable Bill Clay.

The Congressman is the Chairman of the House Financial Services Subcommittee on Housing, Community Development & Insurance. In that leadership role, he is fighting to restore consumer protection, fair housing and a real chance for millions of working families to achieve the American dream. Chairman Clay has also made it his special mission to take on the discriminatory and destructive practice of red-lining in minority neighborhoods by banks, insurance companies and appraisers who have been allowed to exclude entire sections of American cities on the basis of race.

Mr. Clay is also a senior member of the Oversight and Reform Committee, which has major oversight and investigative responsibilities for the operations of the federal government. In that role, Congressman Clay will pursue the facts about alleged collusion, conspiracy, and obstruction of justice wherever they lead.

Congressman Clay is also on the front lines of protecting our environment as a proud member of the House Natural Resources Committee where he continues his outspoken advocacy for renewable energy, clean air, safe water and doing something about climate change before it is too late. The Congressman has also led the fight to clean up dangerous radiological and toxic waste at Superfund sites such as the West Lake Landfill, the former Carter Carburetor site and the former St. Louis Army Ammunition plant. Mr. Clay is also a champion for protecting wilderness refuges, fragile coastal areas, and National Parks.

Congressman Clay is also a fearless advocate for the 1st Amendment, press freedom, artistic expression and he has defended free speech in federal court.

He is a graduate of the University of Maryland.

Mr. Clay also holds honorary degrees from Lincoln University, Harris-Stowe State University, the University of the District of Columbia and Logan College.
Congressman Clay is the proud father of Carol and Will.

He and his wife Patricia reside in St. Louis and they attend St. Nicholas’ Catholic Church.