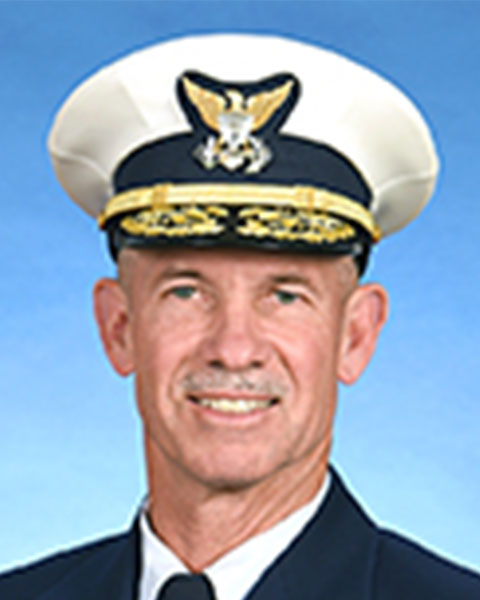 Prior to this appointment, Admiral Ray served as the Deputy Commandant for Operations, responsible for establishing and providing operational strategy, policy, guidance and resources to meet national priorities for Coast Guard missions, programs and services.

A native of Newport, Arkansas, he graduated from Coast Guard Academy in 1981. After an assignment as a deck watch officer aboard Coast Guard Cutter ACUSHNET (WMEC-167), he was selected for Naval Flight Training and earned his wings in 1984.

He served at six Coast Guard Air Stations from Alaska to the Caribbean accumulating over 5,000 hours of helicopter flight time. Admiral Ray was designated as an Aeronautical Engineer in 1988 and served as Engineering Officer at three stations and at the Aviation Logistics Center as the Program Manager for the development of the Coast Guard's Aviation Logistics Management System. He commanded Coast Guard Air Station Borinquen in Puerto Rico from 2002 through 2005. Admiral Ray is the longest serving active duty Coast Guard aviator which has earned him the distinction of being Coast Guard’s 25th Ancient Albatross.

His staff assignments include a tour as Chief of the Office of Performance Management at Coast Guard Headquarters followed by a tour as the Chief of Staff of the Fourteenth Coast Guard District. Admiral Ray earned a Master of Science Degree in Industrial Administration from Purdue University and a Master of Science Degree in National Resource Strategy from the Industrial College of the Armed Forces in Washington, D.C.