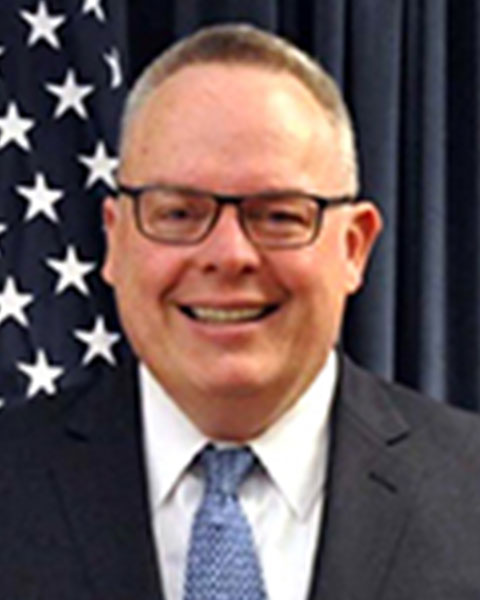 The Honorable James W. “Jim” Carroll is the Director of National Drug Control Policy in the Executive Office of the President. He was confirmed by the United States Senate on January 2, 2019, and sworn in on January 31, 2019. Mr. Carroll previously served as the Acting Director and Deputy Director from February 2018 to January 2019.

Prior to joining the Office of National Drug Control Policy, he served as Assistant to the President and Deputy Chief of Staff at the White House. Previously in the Administration, Mr. Carroll served as General Counsel of the Office of Management and Budget and as Deputy Assistant and Senior Counsel to the President. Before joining the Trump Administration, Mr. Carroll served as Washington Counsel at the Ford Motor Company and as General Counsel of the Ford Motor Company Fund, the company’s philanthropic arm that supports nonprofit organizations and initiatives. During the George W. Bush Administration, Mr. Carroll held several positions including Special Assistant and Associate Counsel to the President at the White House, Deputy General Counsel and Acting General Counsel at the U.S. Department of the Treasury, and as an attorney at the U.S. Department of Justice. Mr. Carroll began his career as a state prosecutor in Virginia after earning his bachelor’s degree from the University of Virginia and his J.D. from the George Mason University School of Law.