Purpose: Faster and efficient processing of antibodies is of high interest due to the vast numbers of samples processed in the antibody discovery and in the DMPK field. Membrane based technologies like CapturemTM provides membrane pores with a high inner surface area that can be functionalized with ligands like Protein A or G and Streptavidin or with enzymes like Trypsin or Pepsin. The functionalized membranes are assembled into different spin column formats and multi-well plates to allow for rapid purification/enrichment, labeling and spin digest. Here, we show the digestion of antibodies within ~2-3 minutes using Capturem Trypsin 96 Well, and a ~15 minutes protocol for antibody conjugation and purification using Protein G Miniprep Columns.


Methods: NISTmAb (20µg) was treated with 8M Urea/5mM DTT in Tris (pH 7.5) and 20mM IAA. Before tryptic digestion, the solution was diluted to 100uL so that urea is < 1M and applied to Capturem Trypsin 96, followed by centrifugation at 500g for 1min. Subsequently, 50µL of 1M Urea in Tris was applied and spun at 1,000g for 1 min to elute remaining peptide fragments.


Results: Using NISTmAb, a common standard IgG1 for peptide mapping, we compared the efficiency of in solution trypsin digestion to the Capturem Trypsin 96 Well spin digest. We observed complete digestion of the NISTmAb with the Capturem Trypsin 96 Well spin digest. To determine how effectively Capturem Trypsin 96 Well generates peptides that provide good sequence coverage, we performed mass spectrometry analysis of NISTmAb. Comparing side by side MS analysis of in solution and membrane spin digest, we observed similar performance. MS analysis of the tryptic spin digest identified 30 and 17 NISTmAb peptides, corresponding to 67% and 69% sequence coverage for heavy and light chain, respectively. Very similar, MS analysis of in solution digest yielded 27 and 14 NISTmAb peptides covering 73% and 67% of the sequence of heavy and light chain, respectively.

Rapid fluorescein labeling of our Cas9-Ab was realized using NHS-activated fluorescein. Cas9-Ab in hybridoma culture was loaded onto the Protein G Miniprep Column. After flowing through the fluorescein-NHS, we washed and then eluted in two steps, yielding 40 µg of fluorescein-labeled antibody.

We measured the molar ratio of fluorescein:Ab using A280 and A493 measurements. By varying the input amount of fluorescein-NHS (12 eq., 20 eq., 50 eq., or 100 eq.), we varied the number of fluorescent molecules per antibody from 2.97–3.3. While increasing the amount of NHS-fluorescein in the reaction did slightly increase the ratio of label to antibody, the best performance was achieved at 12 and 20 eq.

We followed a similar protocol with biotin-NHS as the labeling reagent for our anti-Cas9 Ab. Western blot of Ab elutions off the column confirmed successful biotinylation. In addition, Western blot detection of recombinant Cas9 using the eluted biotinylated Ab confirmed that the binding epitope remains active after labeling and eluting off the Capturem Protein G Miniprep Columns. 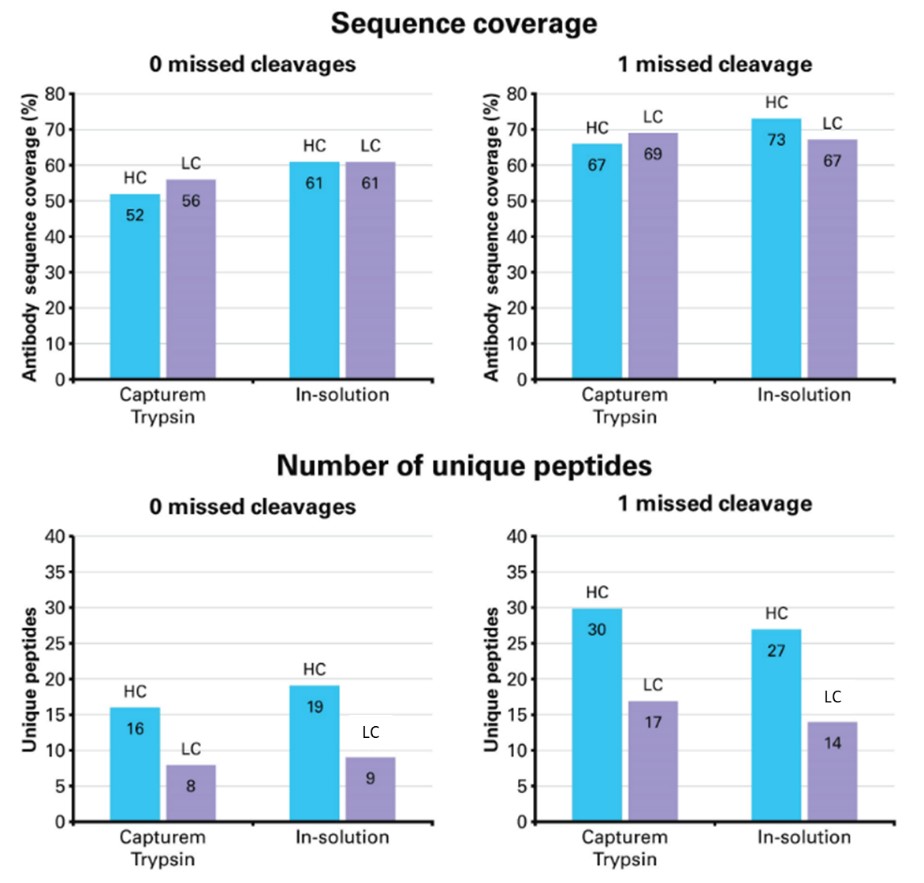 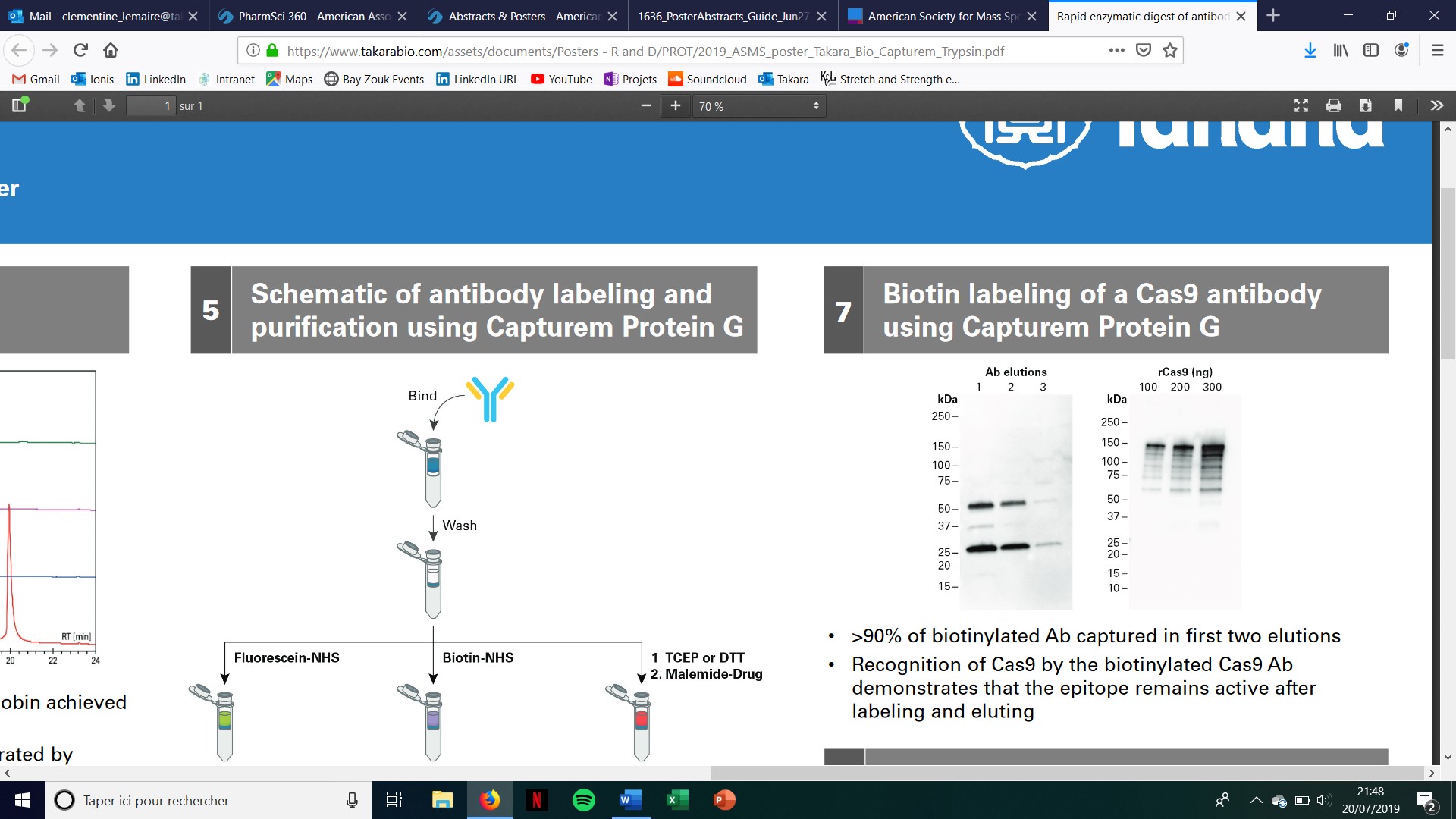