Methods: In order to investigate the contribution of hydrogen bonds between the pyrazole ring of AG10 and the two S117/S117’ on the stabilization of TTR, we synthesized two AG10 analogues (compound 1 and 2). The analogues were purified by preparative HPLC and their chemical identity was confirmed by NMR spectroscopy and mass spectrometry. Isothermal titration calorimetry (ITC) was used to determine the binding affinities (Kd) of ligands to TTR. Biochemical studies were used to compare the potency of AG10 relative to other ligands in stabilizing TTR in buffer and human serum.


Results: As predicted by modeling, the addition of a methyl group on the pyrazole ring of compound 1 would restrict the pyrazole ring to form only one hydrogen bond with Ser117 on one of the adjacent TTR subunits. The bulky diethyl groups of analogue 2 would prevent the molecules for reaching deep in the T4-binding site thereby decreasing its ability to potentially form any hydrogen bonds with S117/S117′. Our data showed that the contribution of the enthalpy on binding of compound 1 (ΔH = -4.73 kcal/mol) and 2 (ΔH = -2.1 kcal/mol) was much lower than AG10 (ΔH = -13.6 kcal/mol, Kd = 4.8 ± 1.9 nM). This was translated in lower binding affinity for compounds 1 and 2 for TTR in buffer (Kd = 251 ± 12 nM and 1253 ± 79 nM, respectively).

This reduced affinity was translated into a significant decrease in potency for TTR in buffer and human serum. The order potency for stabilizing TTR was similar in both buffer and serum (AG10 > 1 > 2).


Conclusion: These results highlight the crucial role played by the pyrazole ring of AG10 and the importance of the hydrogen bonds it forms with the two TTR dimers, mimicking the interactions in the protective T119M-TTR mutation and enhancing the kinetic stability of the TTR tetramer. 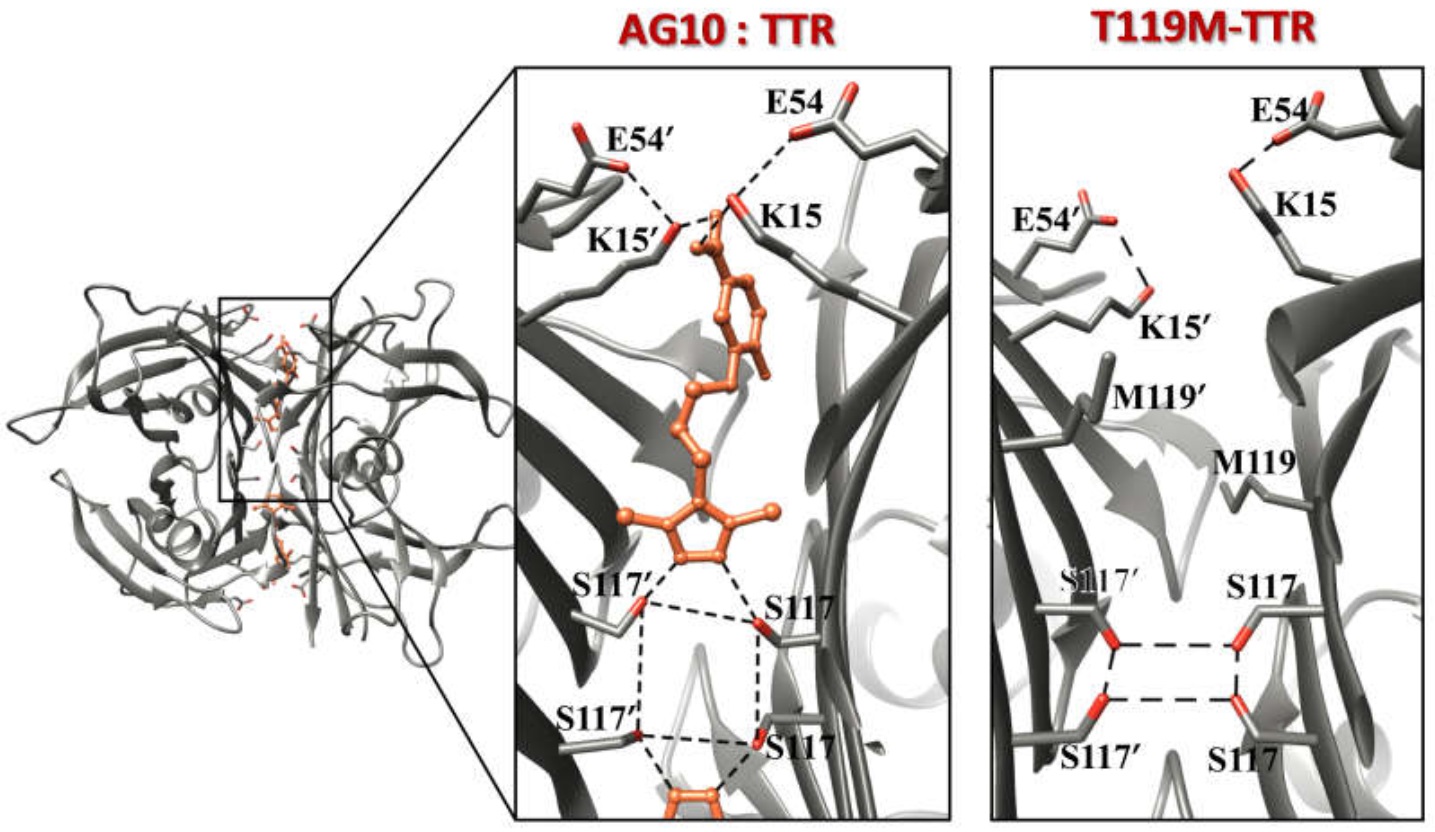 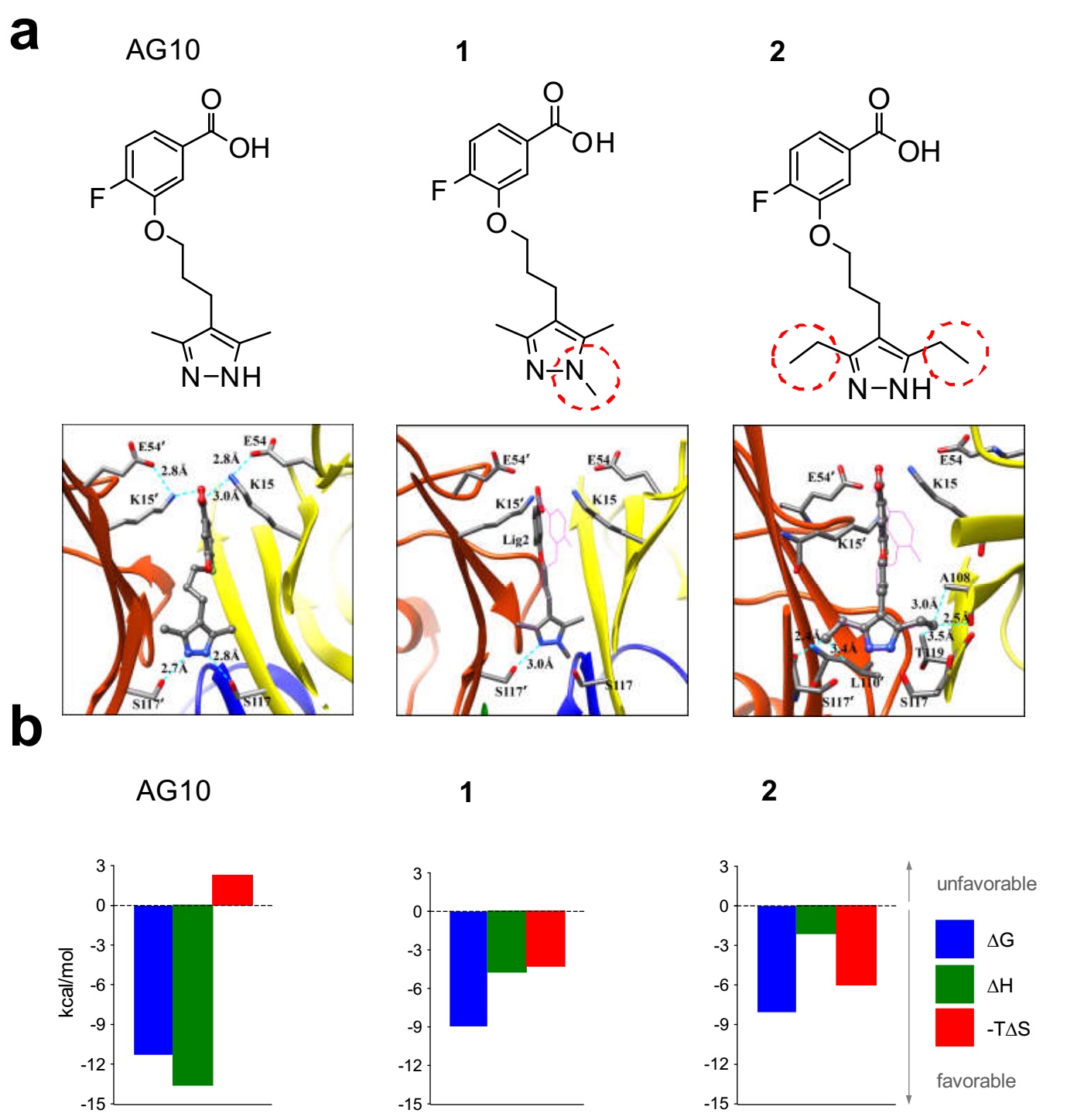