Purpose: Global incidence of fungal infections has been on a significant rise since 1980’s affecting approximately one billion people and are the primary cause of death in one million pateints annually. Superficial fungal infections caused by dermatophytes affect around 40 million people in developed and underdeveloped countries and is the fourth most common cause of disease/infection. Candidiasis, also referred to as yeast infection is the most common fungal superficial infection caused by the Candida species. Clotrimazole, a broad spectrum less toxic imidazole antifungal agent is widely used to treat Candidiasis. Topical bioavailability of clotrimazole is very low ranging from 0.5%-10% due to its poor aqueous solubility. Therefore, the present study aims to prepare and characterize clotrimazole loaded ufosomes using cholesterol and sodium oleate.


Results: Results showed that there was a decrease in the particle diameter of the ufosomes with increase in the concentration of sodium oleate and cholesterol. Ufosomes with particle sizes < 300 nm was obtained with clotrimazole (50 mg), sodium oleate (100 mg) and cholesterol (100 mg). All formulations exhibited high clotrimazole entrapment with %EE ranging from ~76% to ~87% indicating ufosomes as ideal carrier for encapsulation of lipophilic drugs. XRD and DSC confirmed the encapsulation of clotrimazole into ufosomes. No permeation was observed through the skin upto 24 h following the permeation studies. Tape-stripping revealed clotrimazole accumulation in stratum corneum-epidermis and epidermis-dermis layers was significantly higher with ufosomes suspension compared to ufosomes gel and marketed cream (p < 0.05). Ufosome gels showed higher levels of clotrimazole in the skin, however, they were not significantly higher compared to the marketed cream (p > 0.05). Compared with marketed formulation, there was ~16-times, ~2.3-times, ~1.5-times enhanced penetration of clotrimazole into stratum corneum with ufosomes suspension, ufosome 1% gel and ufosomes 2% gel, respectively. Whereas, the amount of clotrimazole accumulated in the epidermis-dermis layer was ~6-fold, ~3.3-fold, and ~3.2-fold higher with ufosomes suspension, ufosome 1% gel and ufosomes 2% gel, compared to marketed formulation.


Conclusion: This study proves that ufosomes could be a potential carrier to enhance the topical bioavailability and targeted delivery of drugs. However, the results from this study are preliminary and should be further confirmed with in-depth formulation development, stability and pre-clinical studies before clinical applications. 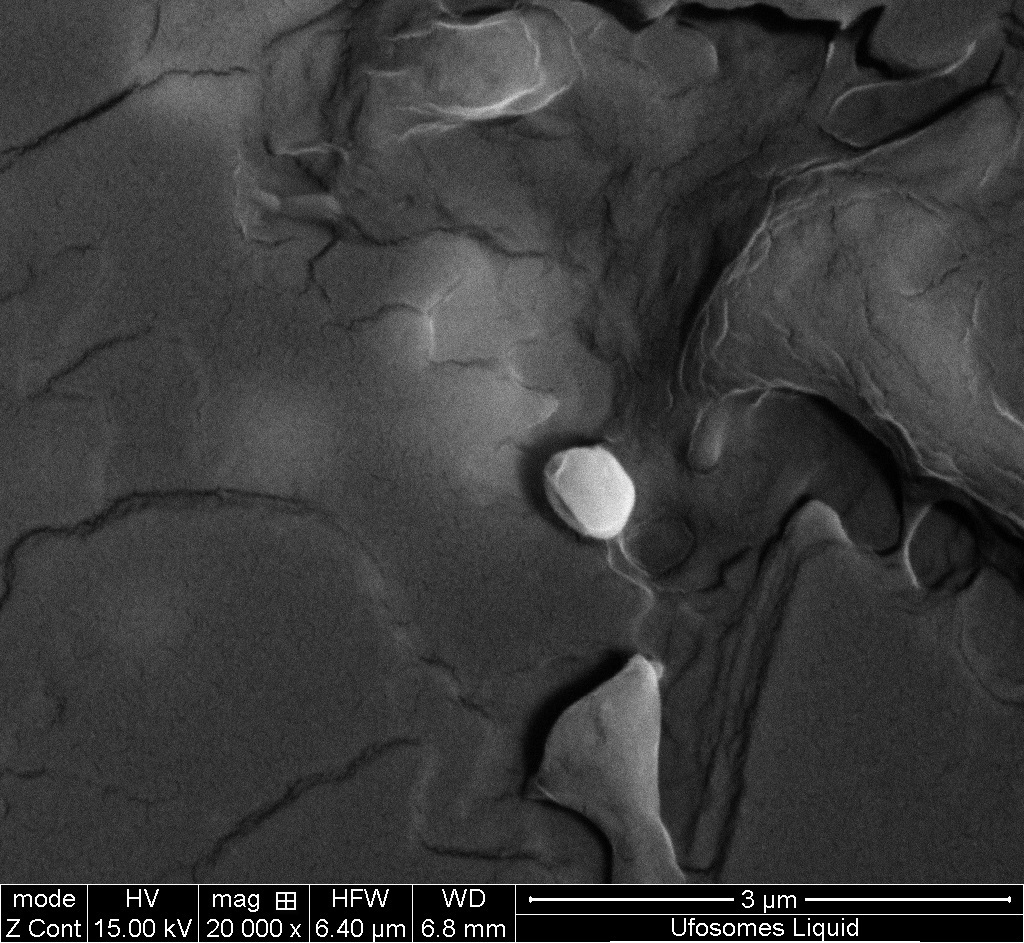 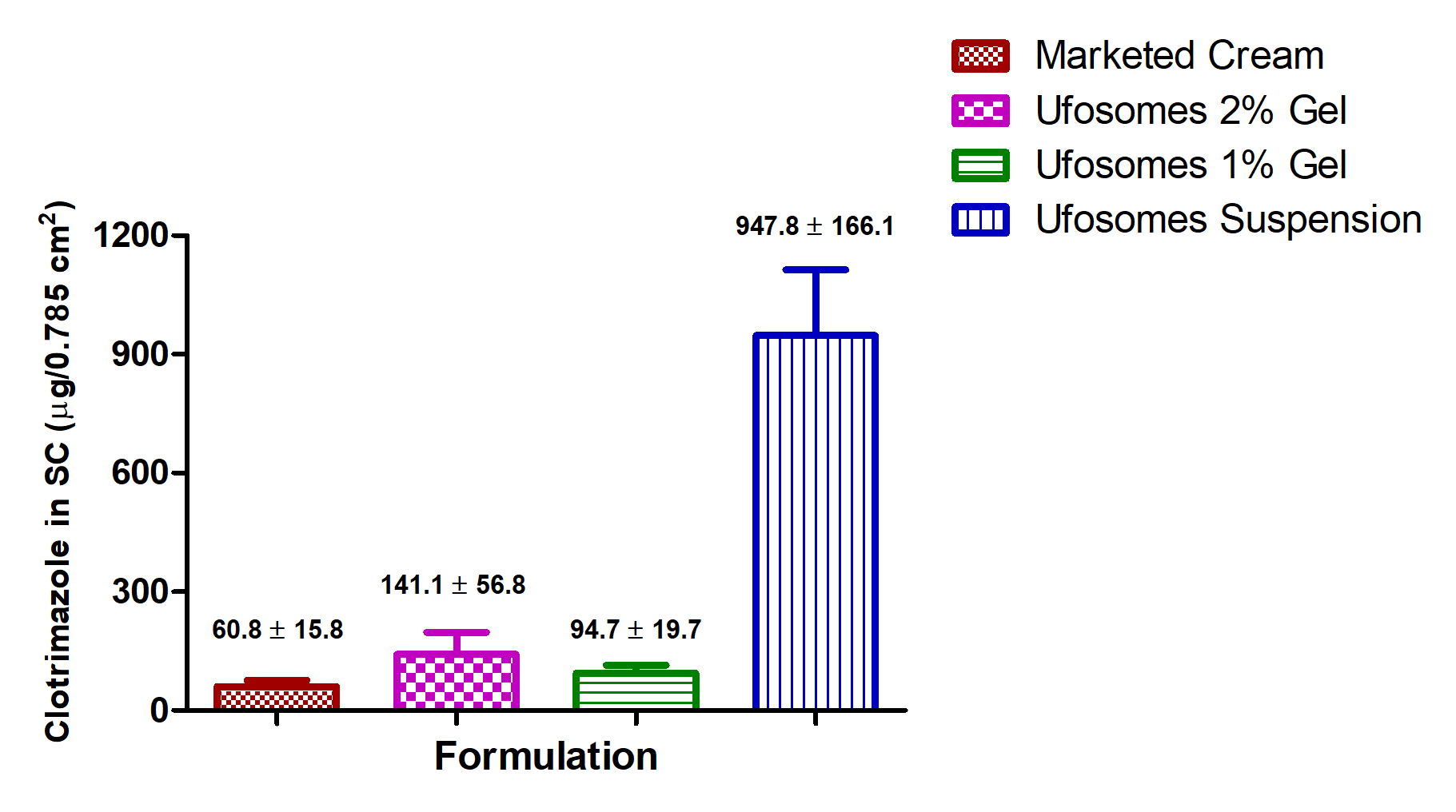