Purpose: Liposomal anti-cancer formulations have been proven to be a promising alternative to improve cancer therapy, compared to conventional chemotherapy. There are increasing research efforts to develop new nanomedicines and further improve their delivery and efficacy. During development, researchers rely on nanoparticle physicochemical characterization to move promising formulation towards animal and human testing. This involves size and size distribution as critical quality attributes, and other parameters such as surface functionalization, pH sensitivity, charge, etc. In this work, we investigated surface tension as a physicochemical attribute that may reflect formulation differences. We hypothesize that average particle size, liposome composition and surface functionalization will have a measurable effect on surface tension.

To investigate the effect of liposome composition, eleven different liposome formulations of similar hydrodynamic diameter (97.5±2nm) and PDI (0.03±0.002) were formulated: (i) mimicking Doxil®, (ii) variation in PEG content from 0 to 150% of the PEG content in Doxil®, and (iii) variation in cholesterol content from 0 to 150% of cholesterol content in Doxil®.

To understand the effect of size on surface properties, measurements were also obtained on liposome formulation mimicking Doxil, but larger in size (average hydrodynamic diameter ~202nm), and silica nanoparticles (nanoComposix) of sizes 80nm, 100nm and 120nm. All formulations were serially diluted within the concentration range 0.001 - 1 mg/mL.


Results: Overall, we found that inclusion of PEG on the liposome surface significantly alters their surface properties, with no effect on surface tension observed in formulations lacking PEG (Figure 1). Surface tension decreased with increasing concentration for all liposome formulations containing ≥50% PEG and also for the larger Doxil-mimicking liposomes (202nm). Formulations with no PEG or very low PEG content (25% PEG of Doxil®) showed no change in surface tension compared to buffer. The presence of cholesterol in the lipid membrane increased the surface tension value.

Difference in sizes of liposome formulations and silica nanoparticles did not affect the surface tension values. Larger liposomes required more time (14.6 s) to reach 50% of its initial surface tension value than the smaller liposomes (8.5 s, Figure 2). Liposome formulations with PEG content of ≥75% of Doxil® reached polar/non polar equilibrium at 0.08 mg/mL, with higher concentration values for liposomes with lower cholesterol content (PEG:cholesterol high). For very low PEG (25% of Doxil®), equilibrium was reached at a higher concentration (0.15 mg/mL) and for PEG 50% equilibrium was reached at 0.04mg/mL (Figure 3).


Conclusion: The composition and size of liposomes were shown to have a significant and measurable effect on their surface properties. In particular, it was found that PEG content is the most crucial factor that determines surface activity of liposomes. Cholesterol content also showed an effect on surface tension, albeit smaller than the one observed for PEG. While average particle size did not significantly alter surface tension at equilibrium, it did affect how fast liposomes migrate to the surface once a drop is formed. These observations may be used as the basis of a surface tension-oriented nanoparticle characterization that can be utilized when small changes in formulation parameters are made either during development or during manufacturing. 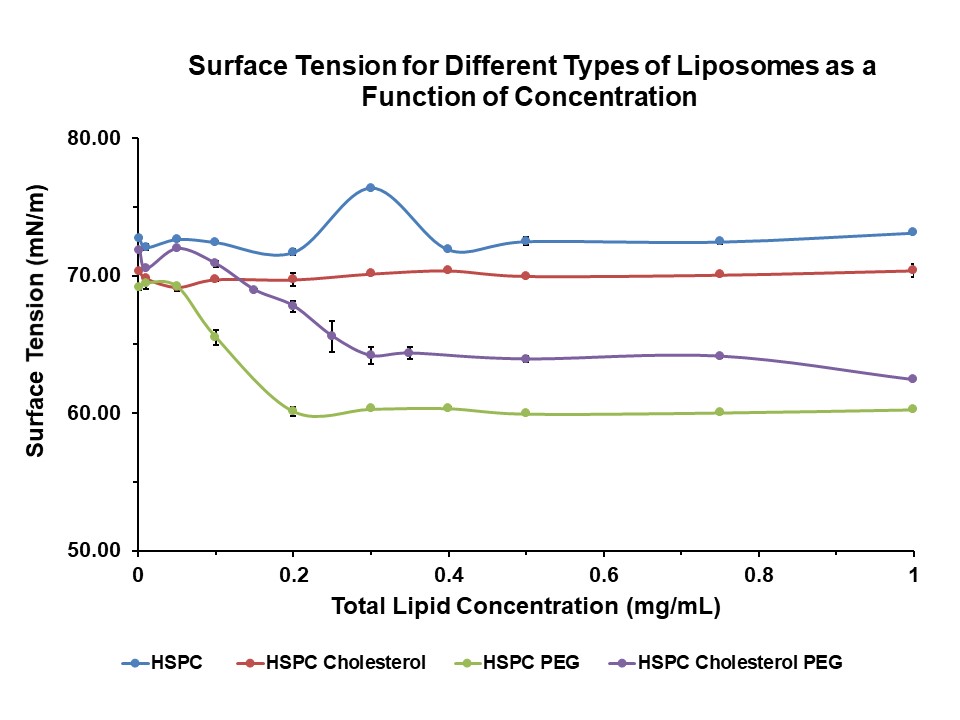 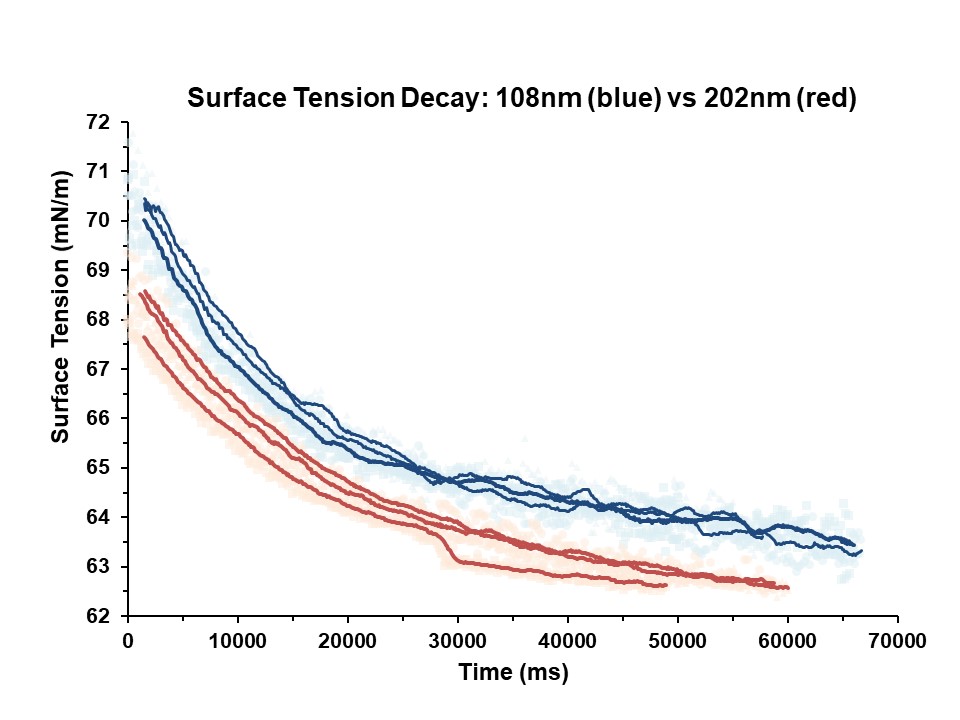 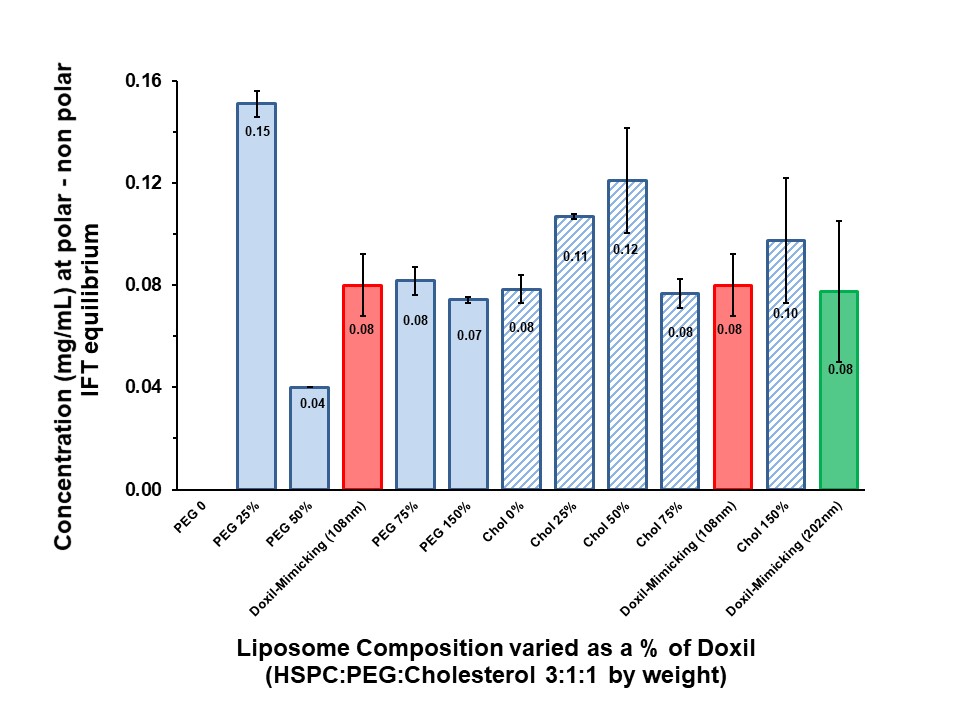