Purpose: The old saying, “one picture is worth a thousand words”, is appropriately applied to the role of the imaging technology in any attempts to correlate the bulk behavior of a solid substance with the properties of its component particles under a microscope. Micro-imaging, represented by light microscopy, Raman, and SEM, has been widely used in pharmaceutical science as a direct and qualitative method, whereas quantitative effort has been much less abundant, due to the lack of automated, intelligent, and fully-validated analysis tools. Subsequently, three-dimensional (3D) imaging has been even less explored and analyzed. With the advance of artificial intelligence and cloud computing, the imaging analytics has greatly evolved recently. Three-dimensional tomographic micro-structure imaging can play an interesting and essential role in the characterization of drug substance, drug intermediate and drug product. It often reveals information hidden at micro-scale that traditional characterization approaches fail to divulge due to lack of resolution.


Methods: In this study, high resolution 3D X-Ray Microscopy (XRM) were used to analyze two spray-dried dispersion samples and the corresponding tablet samples of pharmaceutical candidate were analyzed with 3D (XRM), Figure 1, followed by artificial intelligence-based image analytics. As a non-destructive method, 3D XRM provided superior contrast of material phases with different densities and molecular weight. It could achieve spatial resolution as low as 0.5mm, in laboratory systems, or as low as 0.02mm in synchrotron nano-tomography. 3D XRM facilitated the study of the distribution of material phases inside the target sample, by measuring the absorption of X-ray when it passed through the sample non-destructively. Resulting data is analyzed via an artificial intelligence powered cloud image analysis system.


Results: While traditional characterization approaches were unable to explain the difference in drug release profiles of the two seemingly identical tablets, 3D XRM in combination with artificial intelligence image analytics visualized the difference in aggregation patterns of spray-dried powders, Figure 1. These differences are further revealed quantitively with artificial intelligence based image analytics, which is summarized in Table 1. 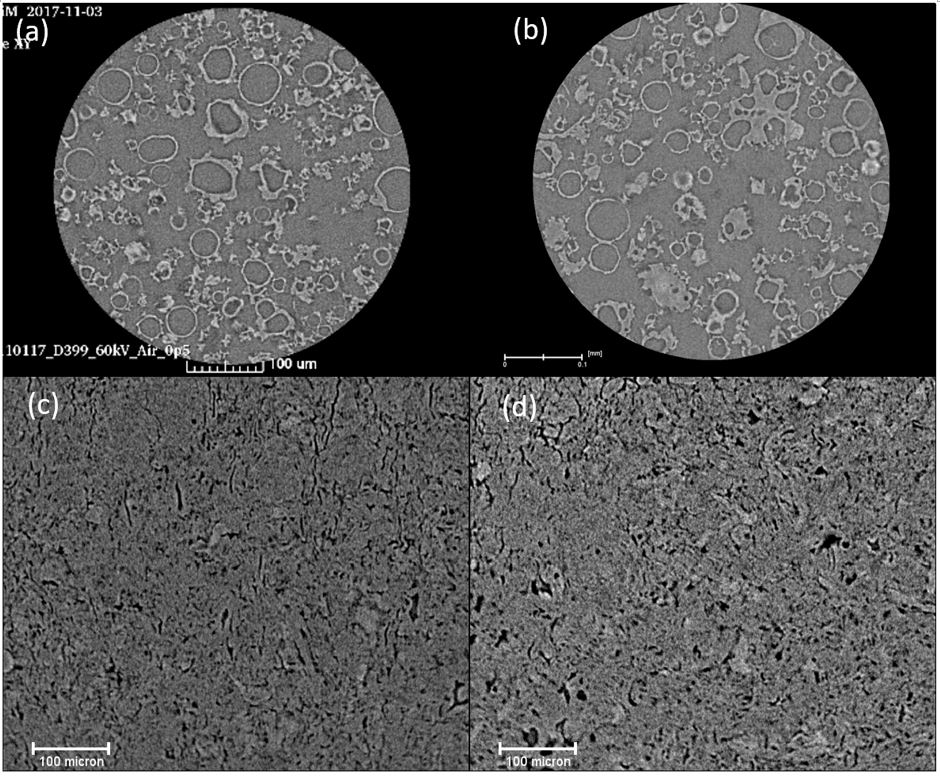