Purpose: Opioid addiction and overdose has been an overgrowing problem in the United States which has affected a large percentage of the population. A complex and challenging dilemma, opioid abuse, has reported to be the cause of death for an estimated population of more than half a million in 2017, which was 70% more than the previous recorded year. In the United States alone, an average of 130 Americans are reported to succumb to opioid overdose on a daily basis. For all these years formulating an ideal abuse deterrent formulation (ADF), has been the need of the pharmaceutical industry. The USFDA’s Opioid Action Plan and inputs from different advisory committees suggest the development of immediate release ADF. There are no reports on development of an opioid loaded rapidly soluble film with abuse deterrent property. Therefore, the purpose of the current study was to prepare a bilayer film using a novel Abuse Deterrent Immediate Release Film Technology (ADRIFT) developed in our lab.


Methods: Metformin Hydrochloride (MET) was chosen as the model drug for the development of ADRIFT.  First, concentration of a biocompatible Instantly Gelling Polymer (IGP) was optimized to calculate the loading of IGP in film to instantly form a foamy gel to prevent injection abuse. Drug loaded layer of film was prepared using polyvinyl alcohol and sorbitol using an automatic film forming machine - Elcometer®4340. While, second layer containing IGP layer was casted once the first layer was dried. Casting speed, drying temperature and time were optimized. ADRIFT was evaluated for its mechanical properties using TA.XTplus texture analyzer. Physical manipulations were performed as per the USFDA guidelines for abuse deterrent formulation i.e. cutting, grating, milling, extraction and heating. Solvent extraction was performed in Level 1 (Water), 2 (40%v/v ethanol) and 3 (100% ethanol, acetone) solvents suggested by the USFDA (n=3). In vitro dissolution was performed for the films in 250 mL of 0.1N Hydrochloric Acid (HCl) at 100rpm at 37oC (n=3).


Results: ADRIFT with a drug loading of 10%w/w thickness of 358 ± 5 µm and a folding endurance of >20 was prepared. It was observed that the films were relatively elastic and stretchable. As shown in Figure 1, it was observed that after extensive physical manipulation, ADRIFT resulted in particle size >2 mm, which is much higher than snorting range. On addition of the film to 5 mL of water, ADRIFT gelled instantly with an additive effervescence, making it resistant to injection abuse. Film was also resistant to drug extraction in organic solvents. Heating of the gel resulted in the gel to remain intact in the paraphernalia. < 20% extraction of the drug was achieved in all the Level 1, 2 and 3 solvents. >85% of drug was release in 5 mins confirming the very immediate release characteristics of ADRIFT (Figure 2).


Conclusion: ADRIFT was successfully developed and tested for variety of methods by which a conventional dosage forms are abused. ADRIFT was able to withstand the different ways of physical manipulation owing to its elasticity and gelling property. 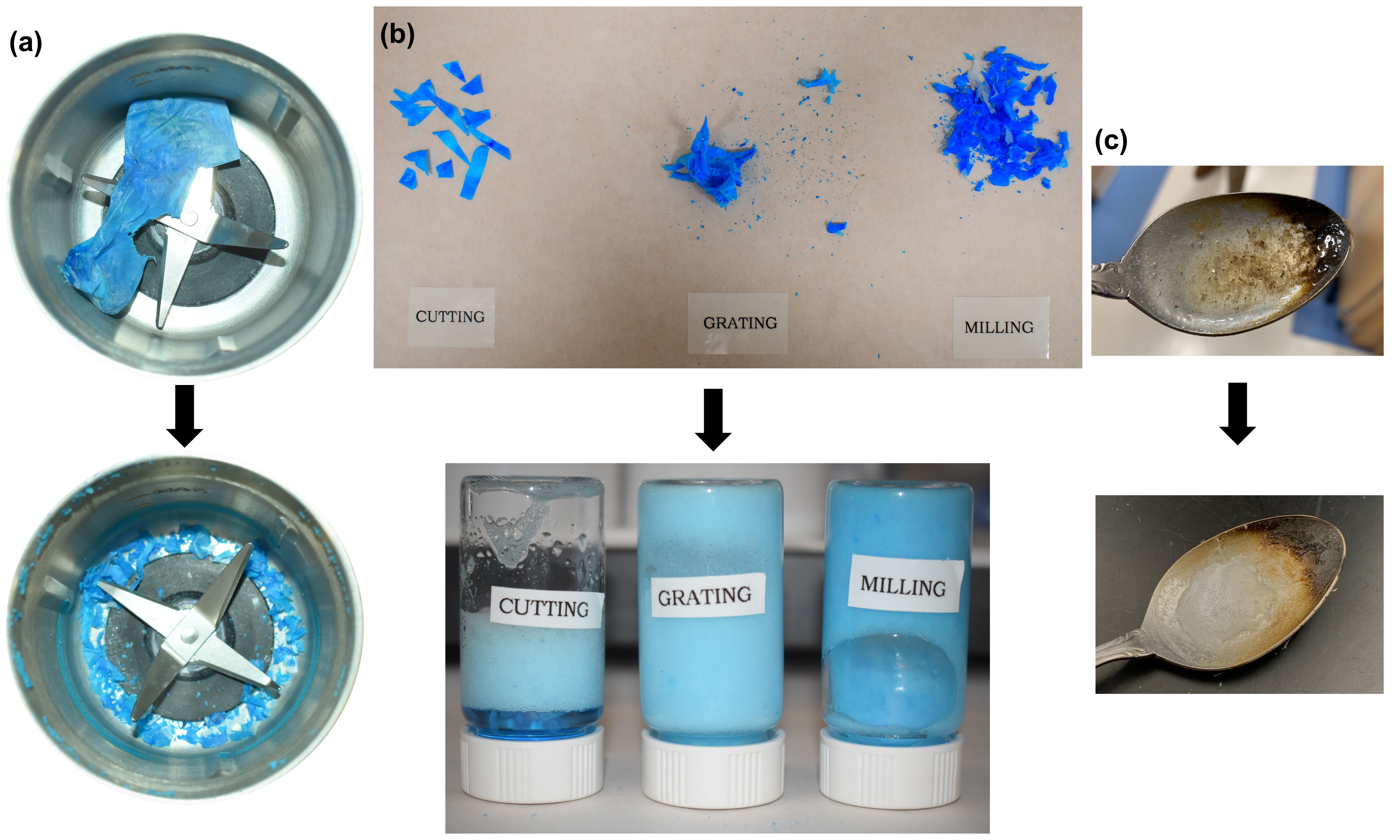 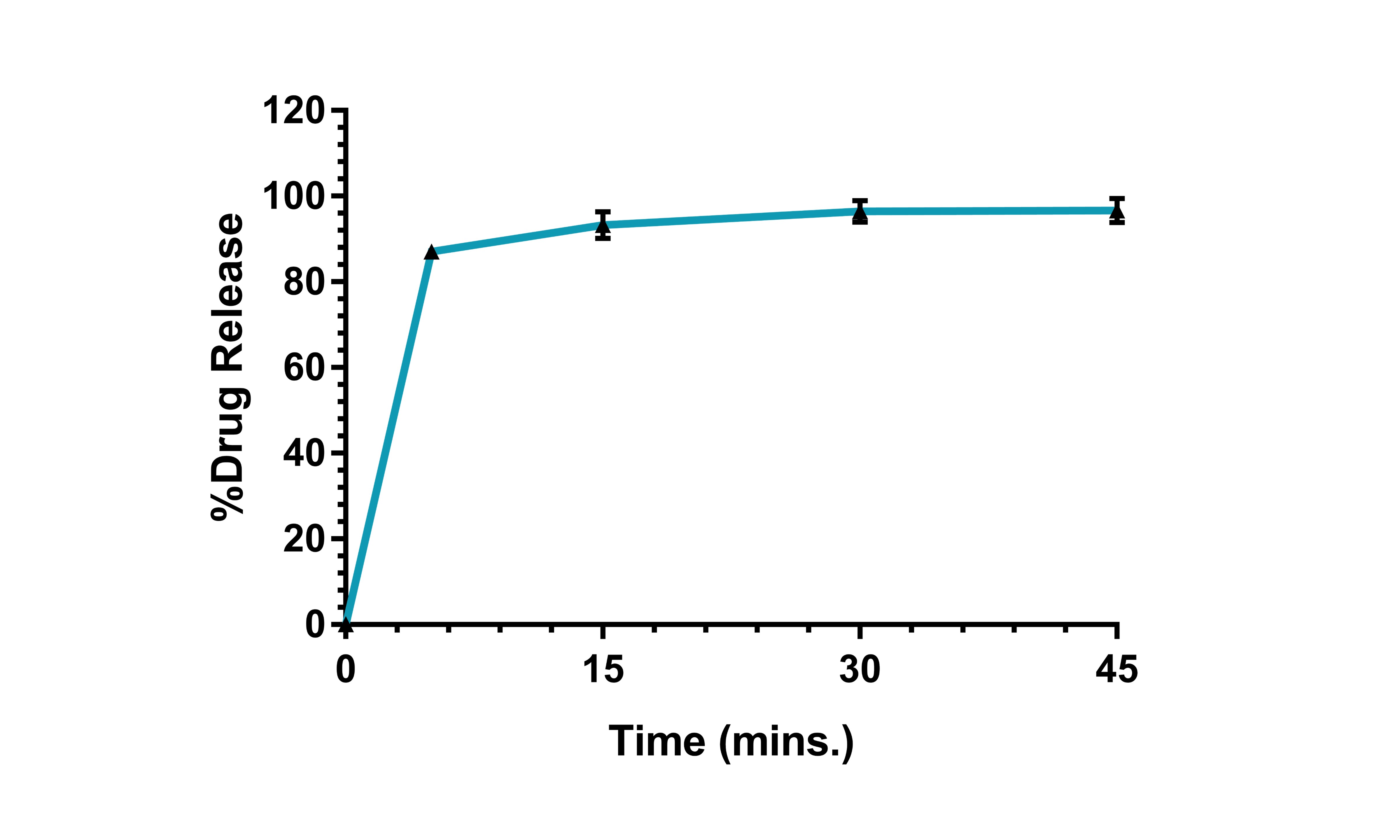