Purpose: Injectable hormonal contraceptives are a widely used birth control method among women.  The major drawback of the injectable systems is their short term use (three months or less), thereby necessitating frequent visits to the healthcare provider. Microencapsulation of the drug in a degradable polymer can possibly extend the release for a longer period of time and thus increase compliance. In this research, a simple coacervation method was used to encapsulate Levonorgestrel (LNG) in Poly-L-Lactic Acid (PLLA). The purpose was to study the effect of the drug-polymer ratio on the solid state characteristics of the drug, entrapment efficiency and yield of the microparticles obtained by the coacervation method.


Methods: Microparticles of levonorgestrel were prepared using a simple coacervation method. Briefly, PLLA and LNG at different ratios (1:5, 1:10, 1:15 and 1:20) were dissolved in dichloromethane (DCM), in a 125 mL conical flask such that the PLLA concentration in DCM was 2% w/v. Excess hexane was added into the conical flask, at a rate of 0.25mL/minute using a 50mL burette into the conical flask. The contents of the conical flask were continuously being stirred during this addition and later overnight in order to harden the particles formed. The coacervated material was separated from the solvents by centrifuging at 4000rpm for 10 minutes. The particles were washed twice with 10mL of hexane and then with 5mL of ethanol to remove any unentrapped LNG, after which they were dried at room temperature. Blank microparticles were also prepared similarly.

The coacervated material was weighed post drying and %yield was calculated. To measure the % entrapment of LNG, 100mg of the microparticles were dissolved in 5mL DCM and 10mL of ethanol was added to precipitate PLLA. Following centrifugation, the supernatant was analyzed for LNG using UV spectrophotometer at a wavelength of 240nm. The amount of LNG encapsulated was obtained from a standard curve. The entrapment efficiency (EE) was then calculated.

To assess the solid state properties of the microparticles, Differential Scanning Calorimetry (DSC) and X-Ray Powder Diffraction (XRPD) were performed. Microparticles were weighed (~5 mg) and subjected to a heating cycle using TA Instruments Discovery DSC2500, at a rate of 10⁰C/min under a nitrogen flow of 50ml/min. The data obtained was analyzed using Trios software. XRPD pattern for PLLA, LNG and the microparticles were recorded using a Rigaku Miniflex XRPD. Samples were sprinkled on a sample holder fixed with an adhesive tape and subjected to an X-Ray scan at a rate of 0.2 deg/sec at a range of 10⁰ to 70⁰ (2θ). The results were analyzed using MD Jade software.


Results: Smooth and dry microparticles were obtained in all batches from the coacervation process as seen in Figure 1. The yield of all the batches was between 80% and 90%. The entrapment efficiency of LNG increased as the drug to polymer ratio increased, from 45.3 %( 1:5) to 76.0% (1:20). PLLA is a semi-crystalline polymer with a glass transition (Tg) at 61.5⁰C and melting temperature at 177.8⁰C. When PLLA was coacervated, its crystallinity increased. This was evident from the absence of a cold crystallization peak and an increase in the enthalpy of melting (Figure 2). LNG is a crystalline drug with melting point of 240⁰C. When encapsulated with PLLA by the coacervation method, LNG’s melting point and melting enthalpy decreased with increase in polymer concentration. An absence of LNG melting peak in 1:15 and 1:20 drug-polymer ratios indicated that the drug had been rendered amorphous completely. Results from XRPD supported the DSC results. The intensity of the characteristic LNG peaks at 16⁰ and 18⁰ 2θ was reduced with increase in polymer content.


Conclusion: The effect of drug to polymer ratio on the yield, encapsulation of the drug and solid state characteristics of the microparticles obtained by the coacervation method was studied. With an increase in polymer content the encapsulation efficiency increased and the % yield remained relatively similar. Also, at higher concentrations of the polymer, the drug was more amorphous. Future studies of this research include analyzing the particle size and size distribution, imaging, Fourier Transform Infrared (FTIR) spectroscopy to check for any drug-polymer interaction and an extended release study. 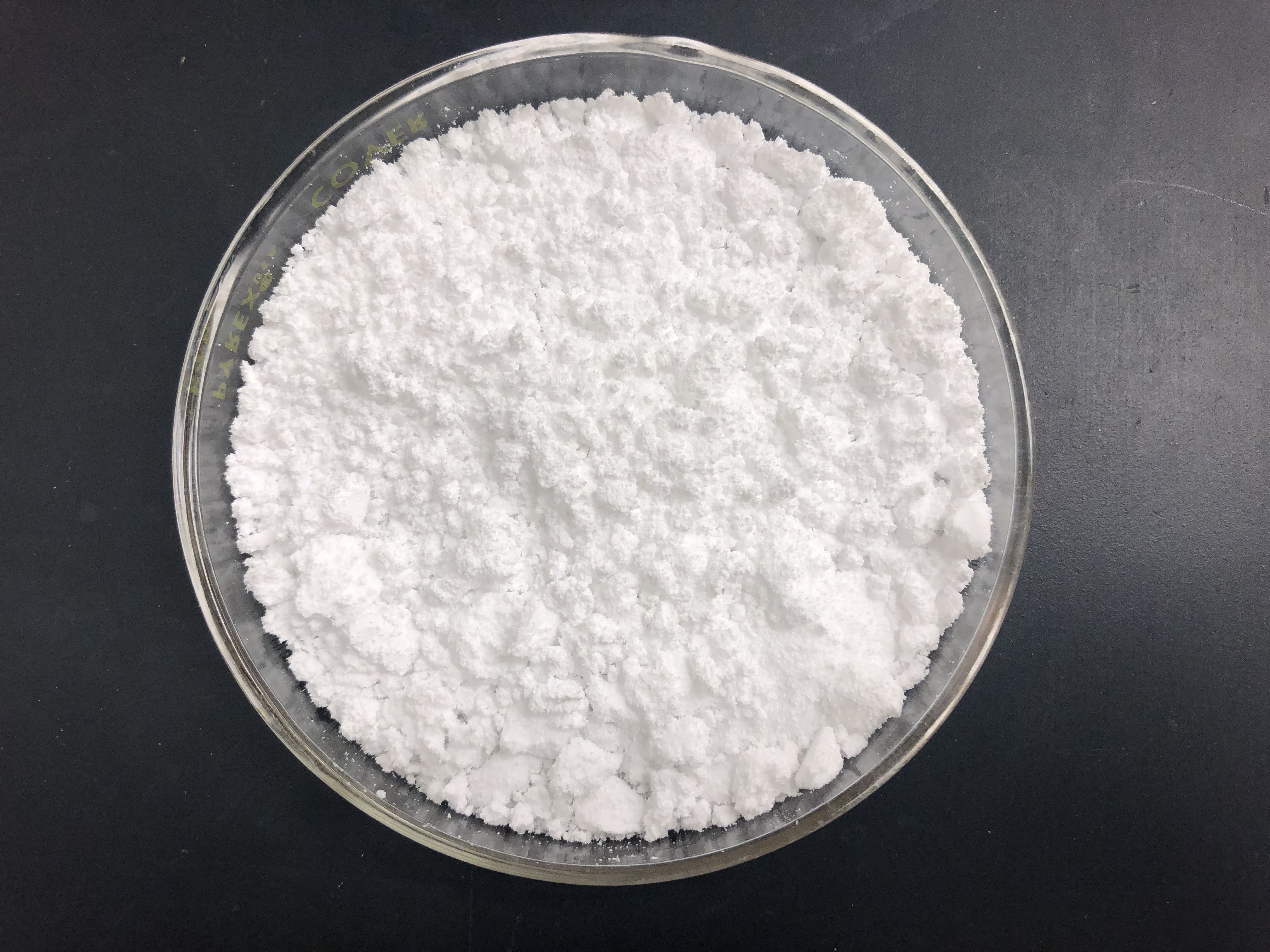 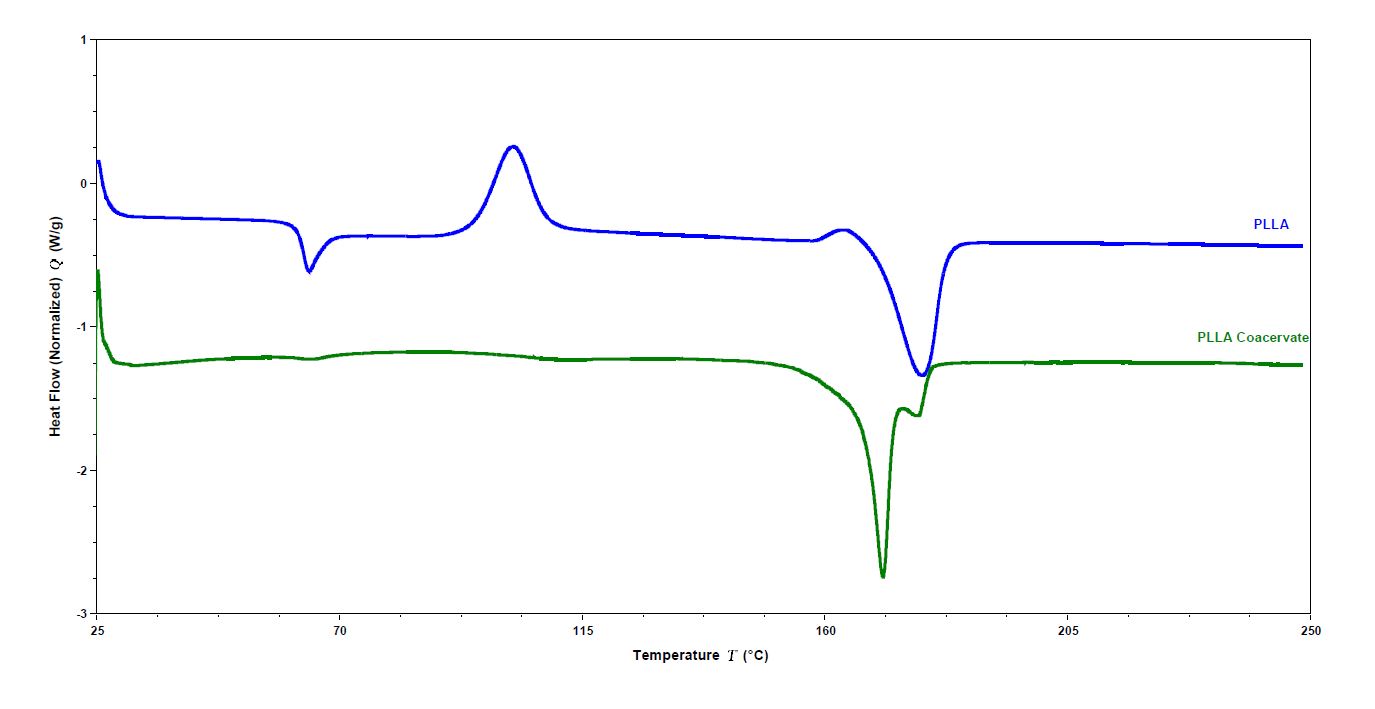