Purpose: Prenatal exposure to tobacco smoke and nicotine is believed to interfere with fetal brain development predisposing offspring to different neurobehavioral and neuropsychological disorders. Included in this is increased neonatal vulnerability to hypoxic-ischemic encephalopathy (HIE) which is a major cause of neonatal death and child disability in the US. These effects could be, in part, mediated by fetal nicotine exposure. Use of electronic cigarettes (e-Cigs), commonly known as vaping, has been rapidly increasing in recent times in the general population, including women of reproductive age. E-Cig use during pregnancy is also increasing because of the addictive properties of nicotine along with the perception of the relative safety of e-Cigs. In this study, we aimed to investigate both short-term and long-term effects of maternal e-Cig use on neonatal brain development and HIE with a focus on brain energy metabolism utilizing a combination of in vitro and in vivo models. The results of this study could pave way to development of new targeted therapeutics to counteract fetal neurotoxic effects of nicotine/e-Cigs.


Conclusion: These results indicate that maternal e-Cig exposure could lead to offspring behavioral abnormalities and enhance HI brain injury. Further studies are needed to elucidate the mechanisms of enhanced HI brain injury in e-Cig exposed offspring pups. This study is instrumental in elucidating the possible deleterious effects of maternal e-Cig use in the general population and identifies a growing population that may benefit from safe smoking cessation therapy for mothers or CNS targeted therapy for offspring. 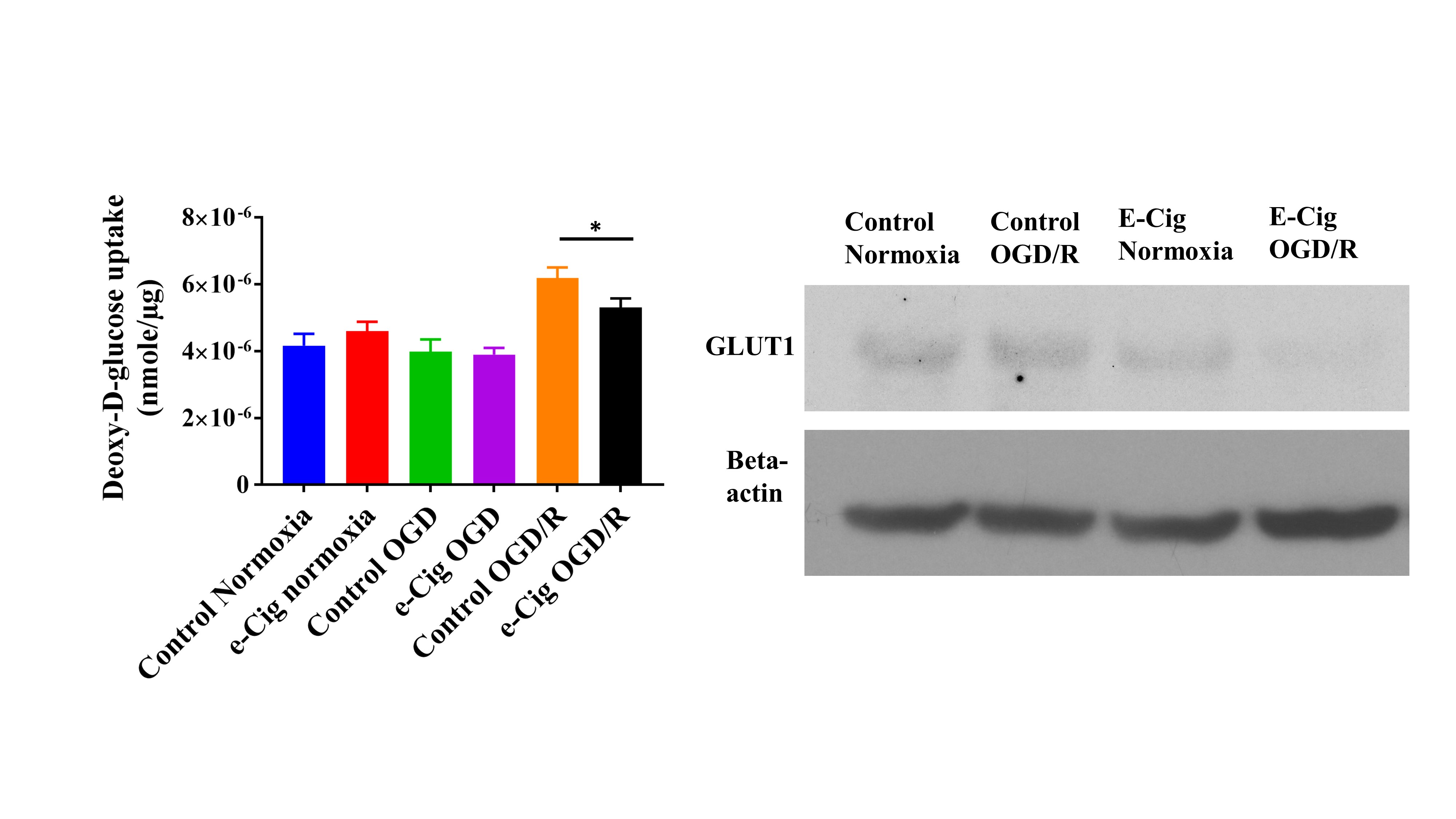 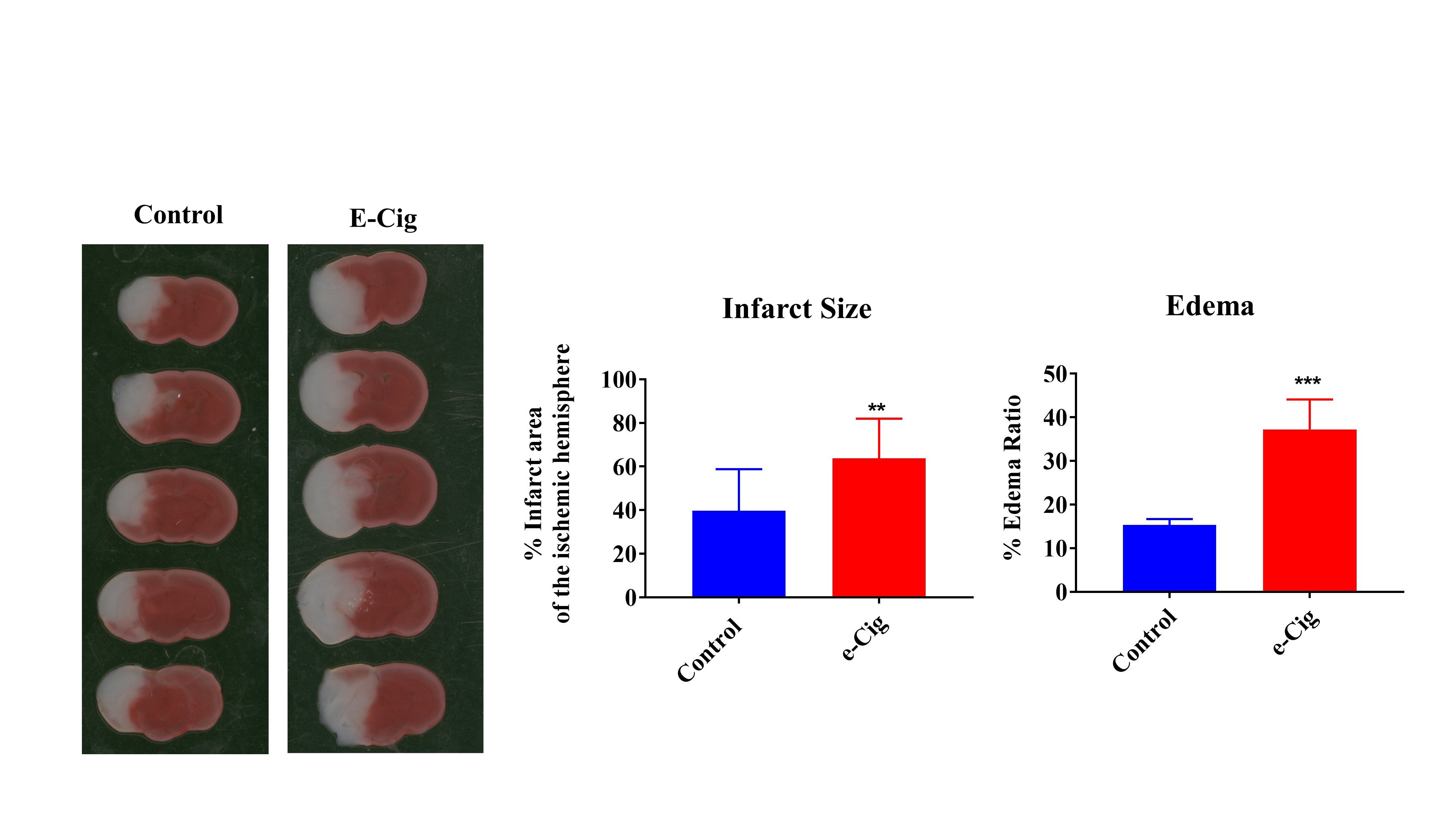 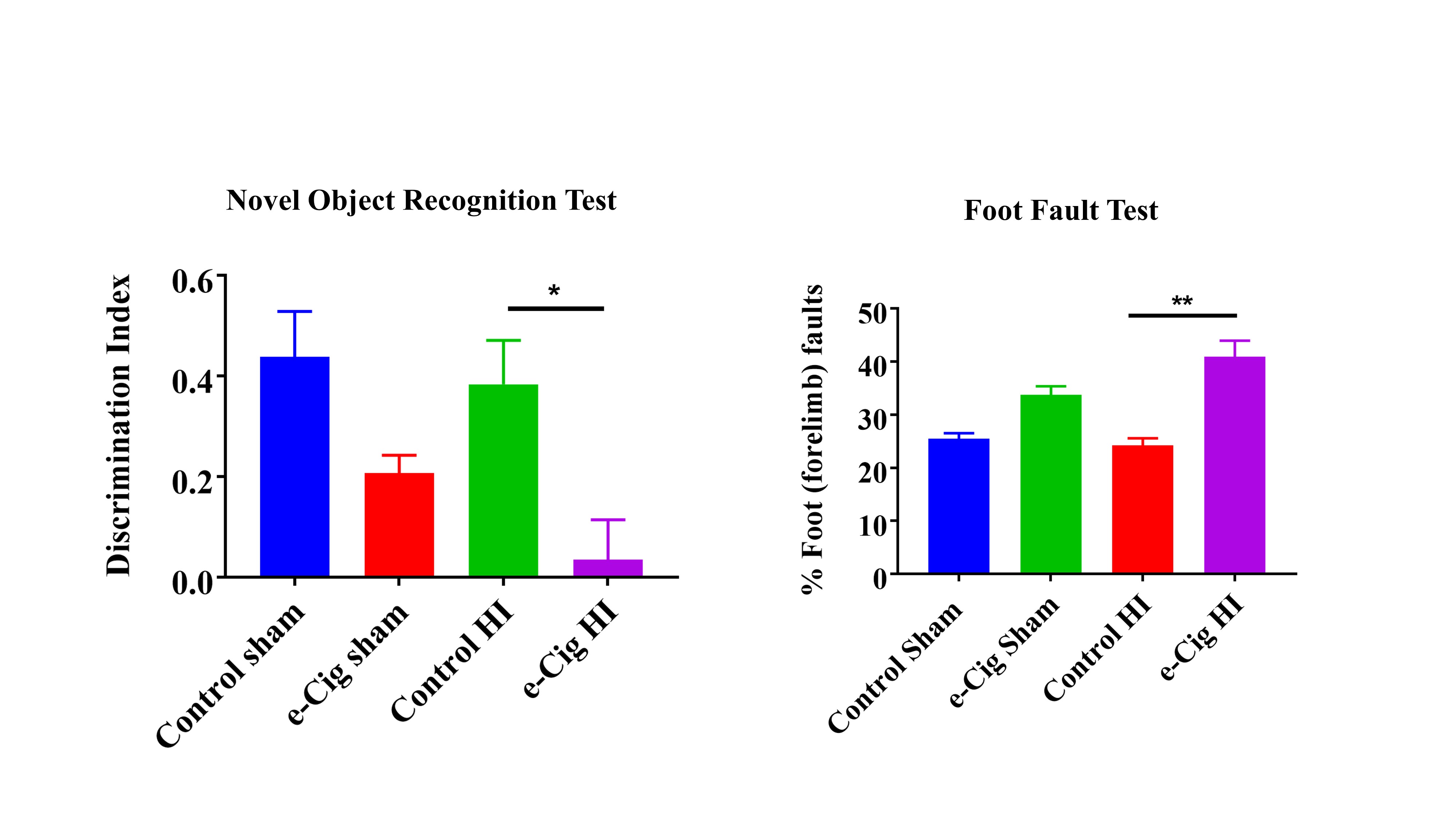