Purpose: The regulatory assessment of an abuse deterrent formulation (ADF) is challenging because real abuse situations are variable and the ADF technologies are still evolving. Especially for ADFs deterring the nasal abuse, the formulations are designed to induce nasal discomfort following insufflation, and thus in vivo evaluation is the most reliable way to assess their abuse potential. However, this kind of clinical study can be subjective, highly variable, and sometimes involve ethical issues. In the present study, two objective in vitro tests were developed to assess the ability of ADFs to cause nasal discomfort.


Methods: The swelling of a material in the nasal cavity could lead to nasal blockage and discomfort. Therefore, the swelling ability was evaluated based on the weight gain of tested materials upon exposure to water. Commonly used excipients including ones used in ADFs were coated on a plastic slide (Figure 1). The weight of the coated materials was measured and recorded before each experiment. Water was then placed on the slides to cover the coated materials. At pre-designated time points (0-60 minutes), the slides were flipped at 90 degrees to remove free water and the weight gain was recorded. In addition, a texture analyzer was used to measure the applied force required to move water-absorbed materials in a modified 1 mL syringe, as surrogate of nasal blockage tendency of the water-absorbed materials. The tip of the syringe was cut off to convert it into a straight hollow tube. The sample preparation procedure is described in Figure 2. In brief, 50 µL of purified water was added to the tube to create a water band. The tested materials were then weighted and filled into the tube followed by adding another 50 µL of water to allow the test materials to absorb water from both directions. At pre-designated time points (0-60 minutes), the tube was placed under the texture analyzer and the applied force required to move the swollen material was measured and recorded. The excipients commonly used for ADF formulations, including those with varying degree of swelling (PEO, HPMC, HPC, and xanthan gum), and those that do not exhibit swelling (MCC, lactose and wax) were tested.


Results: It has been shown that upon insufflation of crushed OxyContin tablet, rapid water uptake by the particles results in intranasal stuffiness as well as nasal discomfort. Therefore, the quantitative determination of the ability of a material to uptake water within a relatively short period of time (i.e. normal nasal mucociliary clearance time is less than 30 minutes) can be used as an index for the degree of nasal discomfort. In the swelling test, polymeric excipients (PEO, HPC, HPMC and xanthan gum) were found to absorb significantly higher amount of water compared to other excipients. In general, PEO absorbed water at a faster rate compared to HPMC and HPC. Xanthan gum was found to absorb large amount of water but failed to maintain its cohesiveness and lost weight after 20 minutes. These results imply that some materials could possess a great water absorption capability, but the swollen materials might not have enough mechanical strength to block the airway and cause a stuffiness feeling. To further study this, a nasal blockage tendency test was performed. The results show that most polymeric excipients rapidly absorbed water and produced a force above 1 newton within 15 minutes while other excipients did not cause any measurable resistance upon exposure to water for the same duration. PEO produced the highest force followed by HPC, HPMC and xanthan gum. Most tested polymeric excipients were found to attain their maximal force within 15 minutes and maintained a comparable resistance over the test period (60 minutes). However, the forces of some tested materials were found to change over time. The forces of high molecular weight PEO (7M) and HPC was found to continuously increase during the test period. On the other hand, the force of xanthan gum dropped rapidly after 5 minutes. The nasal blockage tendency test demonstrates that the tested materials could have similar water absorption abilities, but different blockage tendency due to the difference in their mechanical strength.


Conclusion: A swelling test based on weight gain and a nasal blockage tendency test was developed to evaluate the ability of ADFs to cause physical nasal discomfort. The weight gain evaluates the ability of a formulation to absorb water, and the nasal blockage tendency test assesses the mechanical strength of a formulation following water absorption. Although the correlation between the in vitro data and in vivo response needs further studies, we have demonstrated that the in vitro tests developed may allow for a well-rounded analysis of the swelling behavior of formulations and have potential to assess the physical nasal discomfort caused by ADFs.

Disclaimer: This work reflects the views of the authors and should not be construed to represent FDA’s views or policies. 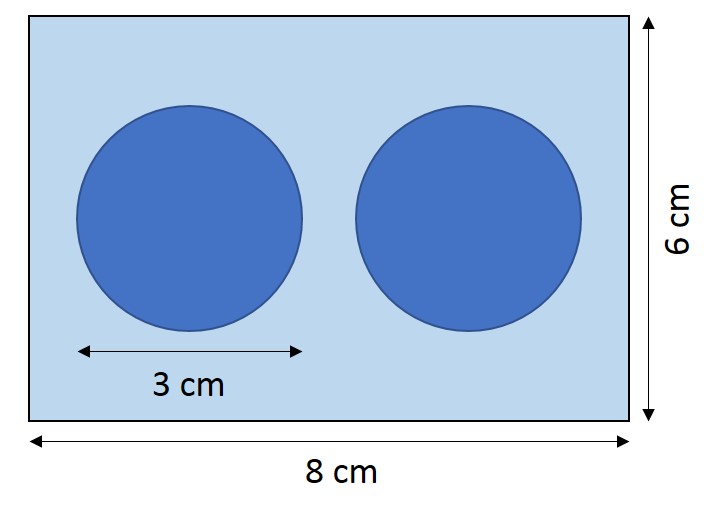