Purpose: Infections caused by Neisseria gonorrhoeae are a major healthcare problem and the inability to effectively treat gonorrhea is the current key challenge. With the widespread occurrence of this sexually transmitted disease and emerging resistance to antimicrobial therapy, it needs prompt attention in finding a reliable alternative therapy that can overcome the limitation of antibiotic resistance. The CDC has also listed gonorrhea as one of the urgent threats for which a vaccine approach is immediately required. We have developed a sustained release novel particulate vaccine which contains formalin fixed whole-cell of N. gonorrhoeae as the vaccine antigen. The fixed whole-cell gonorrhea preserves all the antigenic proteins in their native form and adding adjuvants to this antigen can offer better immune response. Our approach of using particulate delivery systems has shown to have better interaction with immune system by slowly releasing the antigens and has shown significant boost in immune activation. The particulate vaccine allows better uptake of antigen by antigen presenting cells, APCs (dendritic cells and macrophages), causing improved antigen presentation and subsequent activation of T cells.


Methods: N.gonorrhoeae was grown from freezer stock on GC agar petri-dishes and pileated colonies were used to inoculate a flask containing GC broth with defined supplements. The flasks were incubated in water bath with shaking, at 37°C till late mid-log growth phase and then formalin fixed with shaking overnight at room temperature. The formalin-fixed gonococcal (Gc) pellets were harvested by centrifugation, washed three times with sterile PBS and saved as very dense suspension at -80°C. Whole-cell formalin fixed N. gonorrhoeae was quantified for protein content prior to encapsulation, using Micro BCATM Protein Assay Reagent Kit. The matrix for vaccine particles contained pre-crosslinked bovine serum albumin (BSA) and these biodegradable microparticles were prepared following a method previously developed in our laboratory, using the Buchi Mini Spray Dryer B-290. Similarly, the adjuvants used in the vaccine (Alum and MF59®) were also spray dried separately. Particle size and zeta potential of these microparticles were measured, and scanning electron microscopy was done for the morphology. The cytotoxicity of vaccine microparticles at different concentrations was assessed by the MTT (3-(4,5-Dimethylthiazol-2-yl)-2,5-diphenyltetrazolium bromide) assay. The potential of the vaccine formulation to induce an immunogenic reaction was assessed by measuring the amount of nitrite released by dendritic cells (DC2.4 cell line) in presence of microparticulate formulations. DC2.4 cells were plated at a density of 3 X 105 cells per well in a 24 well plate and incubated at 37°C for 24 h to adhere and stabilize. The adherent cells were pulsed with 500 μg/mL of N. gonorrhoeae loaded particles along with the equal quantity of adjuvant particles in each well and incubated at 37°C for 16 h. Equal quantity of blank particles without any antigen or adjuvant were used as controls in every experiment. Nitric oxide assay is an important marker for innate immune response. Antigen presenting cells, like dendritic cells release nitric oxide upon exposure to an antigen. In vitro
assessment of immunogenicity of antigen and adjuvant loaded particles was similarly carried out in the DC 2.4 cell line to assess its ability to be taken up and presented on the cell surface of dendritic cells to interact with immune cells (T cells). The pulsed cells were stained with Allophycocyanin (APC) and Fluorescein isothiocyanate (FITC) to label the expressed MHC I and MHC II molecules on the cell surface. Same procedure was followed for evaluating the expression of costimulatory molecules, CD 40 and CD 86 in DC2.4. The pulsed cells were stained with Phycoerythrin (PE) and Fluorescein isothiocyanate (FITC) to detect CD 40 and CD 86 expression respectively. This interaction was measured by fluorescence intensity in a flow cytometer, for evaluating the expression levels of CD40 and CD86; MHC I and II.


Results: Formalin-fixed gonococci were intact in their native form (not lysed) prior to processing into particulate vaccine as observed by scanning electron microscopy. Cell cytotoxicity assay showed that Vaccine microparticles loaded with fixed gonorrhea were non-cytotoxic within the tested concentration range. Nitric oxide assay showed that vaccine microparticles produced significantly higher nitric oxide release compared to blank microparticles and control groups. Expression of MHC I, MHC II, CD 40 and CD 86 was significantly higher in complete vaccine (with Gc and adjuvant) microparticles group as compared to control and other groups (p < 0.05).


Conclusion: The formalin-fixed bacteria conserve all the surface proteins and antigenic domains in their native form, which are presented by APCs, to the immune system of the body. The in vitro assessment for the immune response generated by this vaccine revealed that complete vaccine (with Gc and adjuvants) is capable of inducing a better immune response. Therefore, for our future studies, we will explore the in vivo immune response in mice model and different delivery routes for its administration (like transdermal, intramuscular routes etc.) and compare the outcome. 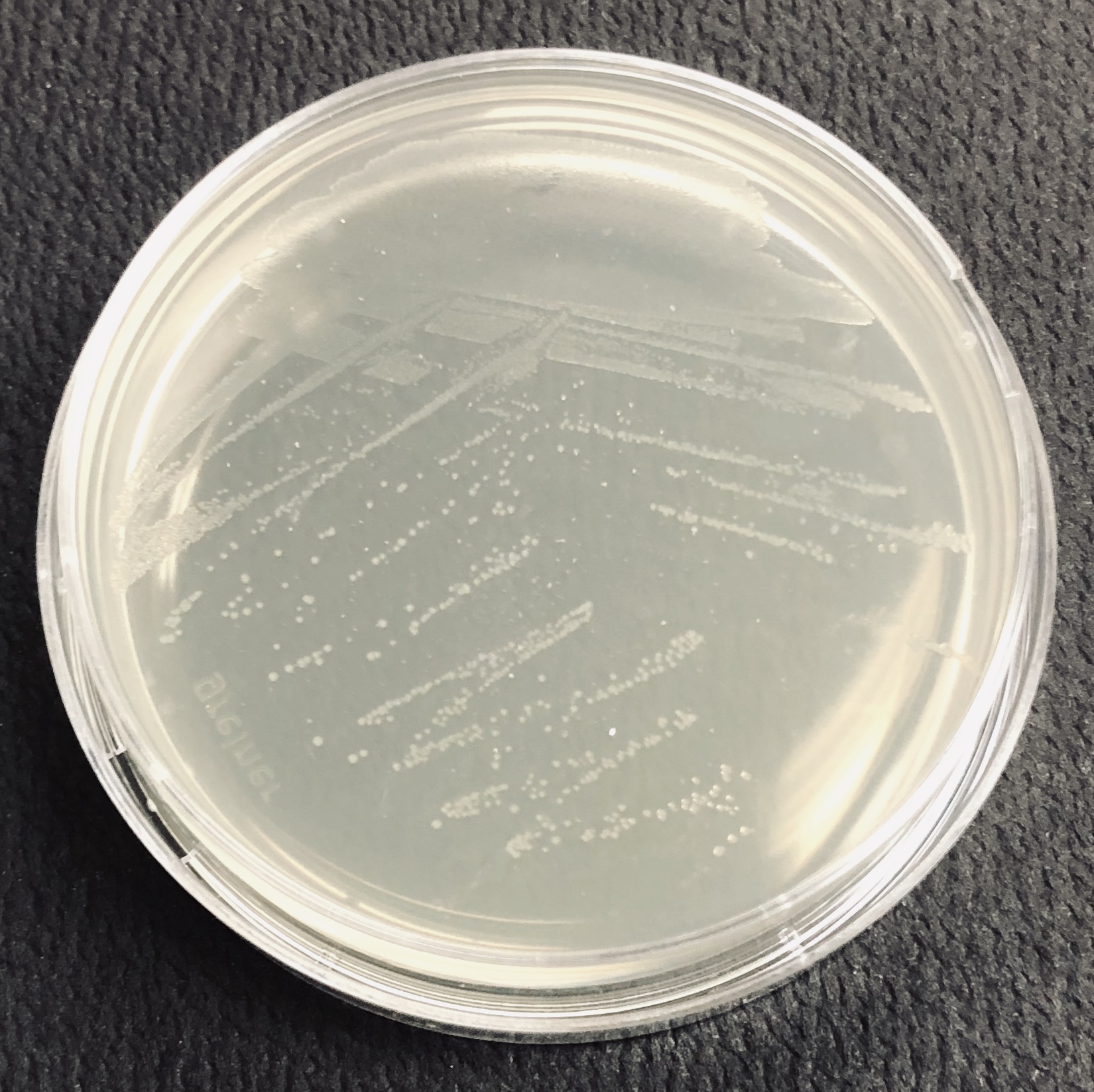 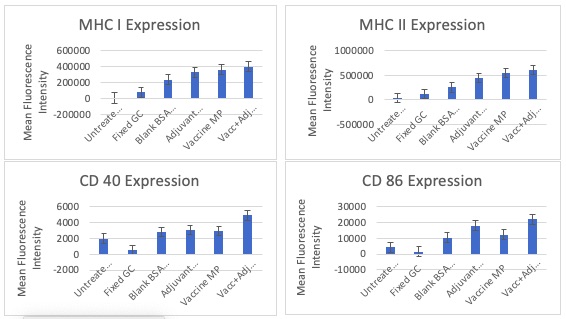