Purpose: Fourier Transform Infrared spectroscopy (FT-IR) is a powerful and versatile tool to obtain structural information about polymers, organic and, in some cases, inorganic molecules; being a cost-effective, not time-consuming, relatively simple and, at the same time, sensitive and reliable technique, it is currently extensively employed for chemical characterization of materials in several fields, both for QC and for R&D purposes. Considering that the IR spectrum of a molecule is a univocal fingerprint, this characteristic can be opportunely exploited to almost unambiguously identify it. Micro FT-IR adds a valuable feature to the simple spectroscopic technique, by allowing to characterize small-sized samples or well-defined portions of a sample.
Aim of the study was the chemical characterization of the extraneous bodies (i.e. fibers and/or particles) found in sterile injectable vials manufactured in Thermo Fisher Scientific’s PDS GMP suite (Ferentino site), that were discarded after finished product visual inspection. Such characterization was finalized to, firstly, exclude the product-related origin of the contamination and, moreover, to identify its actual source.


Methods: The investigation was carried out in PDS DEV Lab, by taking advantage of a Bruker Lumos FT-IR microscope equipped with an Attenuated Total Reflectance (ATR) Ge crystal. Liquid samples were firstly filtered on Millipore Ø25 mm Isopore 0.4 μm Polycarbonate black membrane filters (HTBP02500) or Whatman Ø25 mm Nuclepore 0.4 μm Polycarbonate white membrane filters (110607), using a vacuum flask and a glass filter disk holder. One of the two above mentioned filters was selected based on the color of the material to characterize, in order to ease its identification for the subsequent micro FT-IR characterization (the black filter was used for light-colored samples, whereas the white filter was used for dark-colored samples). The filter was firstly abundantly washed with pre-filtered H2O (in order to remove residual DP traces) and then dried at Room Temperature before directly placing it, without further manipulation, on the micro FT-IR stage. All operations (i.e. samples filtration, filters washing and drying, micro FT-IR characterization) were performed inside a laminar flow hood in order to minimize contaminations from environmental dust/fibers. The FT-IR spectra were obtained from 64 scans at 4 cm-1 resolution within the 4000-600 cm-1 range. Each spectrum was finally compared to the ones contained in the instrument’s library via the manufacturer’s superimposition algorithm. The FT-IR spectra of the materials that came into contact with the DP during the manufacturing process were collected as well (e.g. primary packaging).


Results: For each particle/fiber characterized, a magnified picture and the relative FT-IR spectrum were collected (in each picture, a colored spot shows the actual area from which the spectrum was collected); the best superimposition match with based on the in-house spectra library was identified (polycarbonate was not considered, being the material the filter membrane is made of). Below are reported some examples of the extraneous bodies found in discarded DP vials from GMP manufacturing, with their micro FT-IR characterization.


Conclusion: Micro FT-IR characterization of extraneous bodies found in discarded DP vials from PDS GMP suite (Thermo Fisher Scientific, Ferentino site) provided an unevaluable help in excluding product degradation during the manufacturing process, as a first instance. Moreover, such data was used as a support to internal investigations in order to identify the source of contamination and, consequently, to define the most appropriate corrective and preventive actions. Chemical identification of the foreign materials represented a fundamental starting information to find the root causes of the contamination and to precisely locate it within the GMP manufacturing process, thus offering the opportunity to implement improvements in the production area.

In light of such application, micro FT-IR has revealed as a simple, fast, reliable and relatively not-time-consuming technique to support manufacturing operations in the pharmaceutical field. 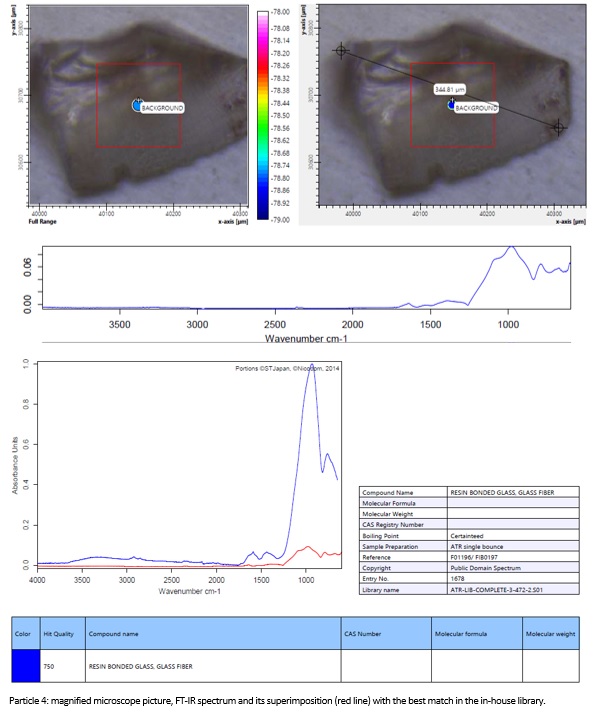 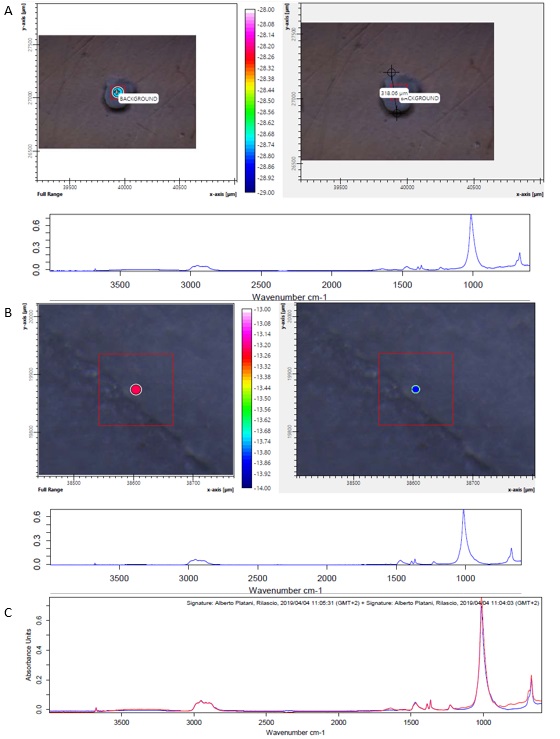 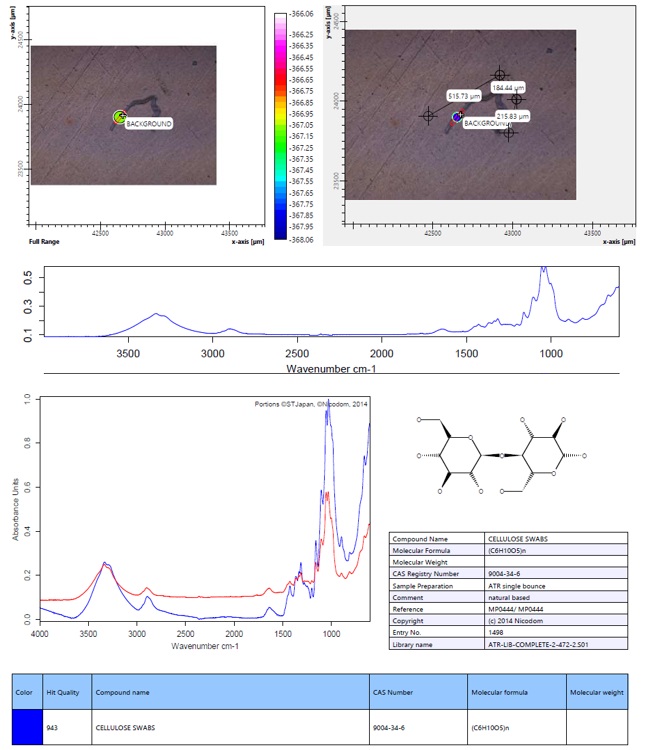