Purpose: This study has been carried out to investigate controlled release performance of caplet shaped injection moulded amorphous solid dispersion (ASD) tablets. The physical/chemical storage stability and release robustness of the tablets were characterized and compared to that of traditional ER hydrophilic matrix tablets of the same composition manufactured via direct compression (DC). To understand the release mechanisms the dissolution of both polymer and drug were studied. The effect of both variable amount of dissolution media and stirring rate on release was studied. The aim was to explore potential release robustness advantages with IM tablets in which the drug is molecularly dispersed in a polymer which functions to drive dissolution and prevent precipitation during storage and release.


Results: This work confirmed the findings of previous work on the same system which revealed that formulations containing 30% AZD0837 and various compositions of PEO were well suited to injection moulding and that the process conditions influence polymer morphology as well as final density of IM tablets. Furthermore, this work showed that, amorphous dispersions were achieved in both AZD-PEO-High and AZD-PEO-Low compositions manufactured via HME and IM, as confirmed by differential scanning calorimetry. For IM tablets synchronized polymer and drug release was observed, an effect which was not demonstrated with DC tablets of identical composition (Figure 2). The drug remained in an amorphous state throughout the full dissolution process also when the amount of dissolution media was limited (non-sink conditions). For DC tablets, on the other hand, drug release was incomplete under non-sink conditions. Although an increase in stirring speed (50 vs 100 rpm) did slightly influence the rate of drug release from IM tablets, synchronization between drug and polymer release was maintained and the effect observed was lower than that generally observed for PEO based DC tablets. Although a difference in release rate between AZD-PEO-High and AZD-PEO-Low was observed, the difference was found to be surprisingly small. We speculate that the reason for these observations is that at this composition the release is mainly determined by the hydration rate of the matrix, rather than the matrix erosion rate, and that there is a full synchronization of erosion and diffusion fronts. Satisfactory release performance with synchronization of drug and polymer release and the ability to deliver the dose also under “non-sink” conditions was found both after long term ambient storage ( > 1 year) and after stressed storage (open for 19 days at 40°C and 75%RH). The tablets containing low Mw PEO take up more water whereas the high Mw PEO based tablets gain only 3.1% in weight. Most probably linked to this observation we show by Raman measurements that there is no indication of drug crystallization after stressed storage for AZD-PEO-High tablets but some presence of crystallites for AZD-PEO-Low tablets. However, these crystallites were found to dissolve rapidly during dissolution and did not affect the performance.


Conclusion: The present study indicates that by formulating controlled release compositions using IM with the drug in its amorphous form adequately stabilized with a polymeric carrier (here PEO) represent opportunities for drug products with more robust release characteristics. Specifically, it is shown that the release profile and rate of release is maintained under sink and non-sink conditions. This result clearly indicates that AZD0837 remains amorphous throughout the dissolution process and is maintained in a supersaturated state and hence kept stable with the aid of the polymeric carrier. Hence, it can be concluded that sustained release IM tablets exhibits superior performance relative to direct compression tablets in achieving predictable controlled release of poorly soluble drugs also under conditions where the amount of liquid available to dissolve the drug is limited. 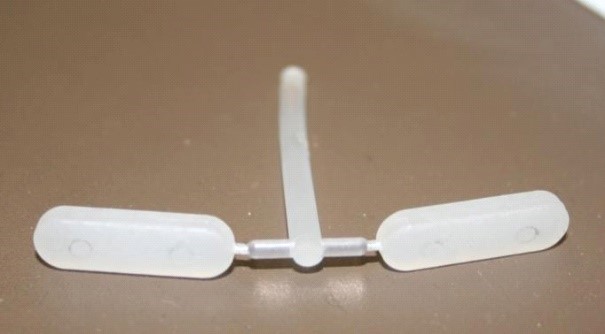 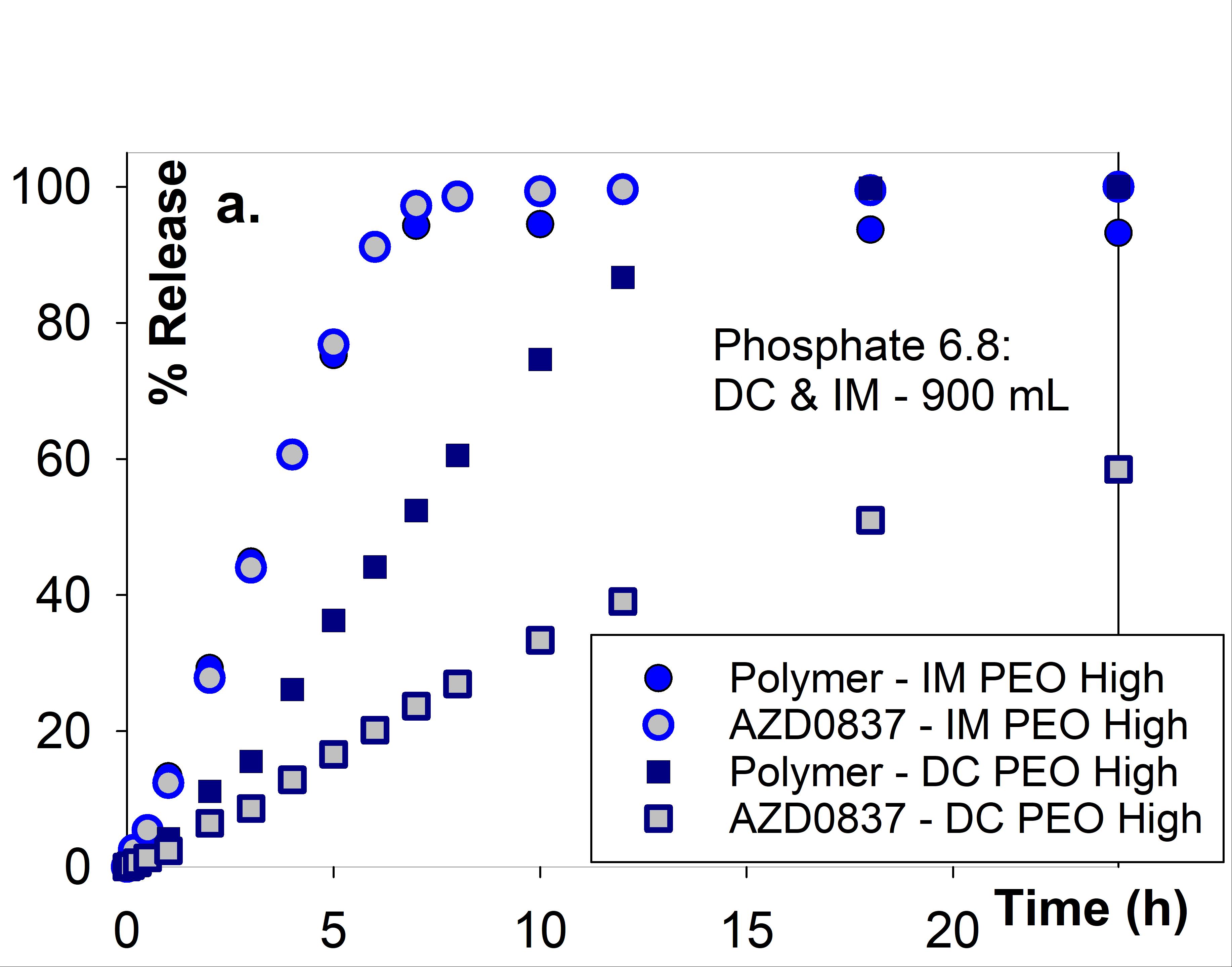