Purpose: Temozolomide (TMZ) along with radiotherapy has been used extensively for the prevention of GBM re-occurrence and improving survival rates. However, many pieces of evidence suggest that the current therapies are ineffective towards prevention of re-occurrence of GBM and there is an urgent need for developing new technologies to solve this problem. Gliadel® wafers are the only implantable technology that is available for preventing recurrence of glioblastoma. However, its technology shows lots of formulation associated side-effects such as seizures, brain swelling, abnormal wound healing, and others. The use of natural polymeric systems, like albumin, for the development of smart drug delivery implants can play a significant role in the prevention of re-occurrence of GBM after surgical removal. Being immune blind in nature, these polymeric implants could provide a significant edge over the synthetic biomaterials, which are used for developing drug delivery systems. This work presents the synthesis and physicochemical characterization of the TMZ loaded implantable albumin gel.

Methods: Synthesis of TMZ loaded Albumin Gel-Implant - The specific quantity of TMZ solution was taken and added to 6-20% w/v solution of albumin in 25 mM NaCl solution at pH 8. This solution was then subjected to heating around 80°C. This caused self-assembly of albumin to form drug-loaded TMZ hydrogel formulation.

Docking Studies for TMZ albumin binding - Blind docking was performed to map the probable binding site of TMZ on albumin while the formation of the gel assembly. Albumin structure (3V03.pdb) was downloaded from protein data bank and was subjected to docking with TMZ (PubChem (CID): 5394) using AutoDock function operated by dockingserver.com.

Dynamic Rheology of Albumin Hydrogel - Around 700µl of albumin hydrogel was placed on the sample stage of ARG-2 rheometer of TA instrument. Samples were analyzed for temperature sweep @ 6.28 rad/s and frequency sweep experiments to determine the gelling point and viscosity of the drug-loaded albumin gel.


Results: TMZ loaded albumin gels were developed (as shown in figure 1a). These gels exhibit gel-sol-gel behavior. The unique quality of this formulation is that it is made from only albumin (natural biomaterial) and TMZ, without additional excipients. This makes it easier for the formulation to mimic the brain matrix for being used as an implant. Docking studies show the probable interaction site of TMZ with albumin (figure 1b) with ΔG=-5.18 kcal/mol when it forms albumin hydrogel. LCMS method had a lower limit of quantitation (LLOQ) of 20 ng/ml. This method was used for quantitation total drug concentration in albumin hydrogel, which found to be around 90% of the total drug used for developing formulation.


Conclusion: TMZ loaded albumin hydrogel was prepared by the varying various concentration of polymers in the range of (6 to 20%). Insilico docking studies were performed to map the probable binding site of TMZ on albumin. LCMS method was developed for mapping the encapsulation efficiency of the hydrogel. Rheological behavior was also mapped to determine the viscoelastic nature of the material that may be useful for being used as a gel implant for controlled delivery of TMZ for prevention of glioblastoma recurrence. 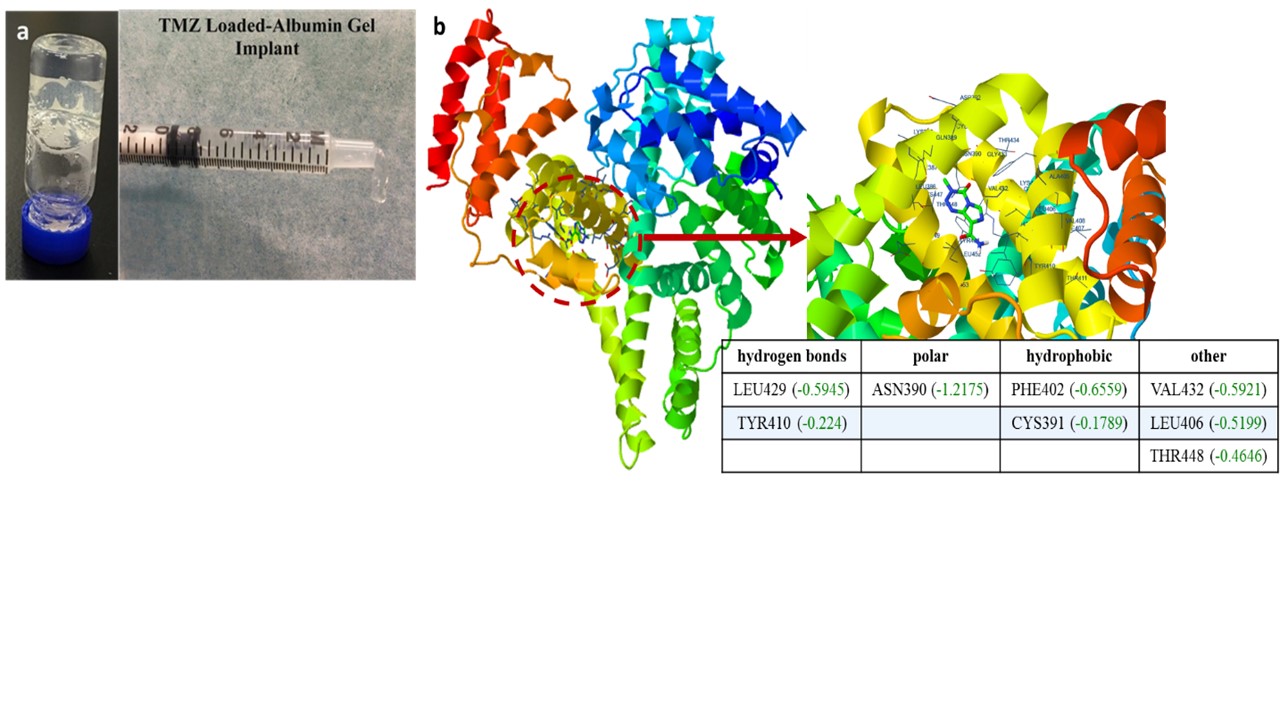 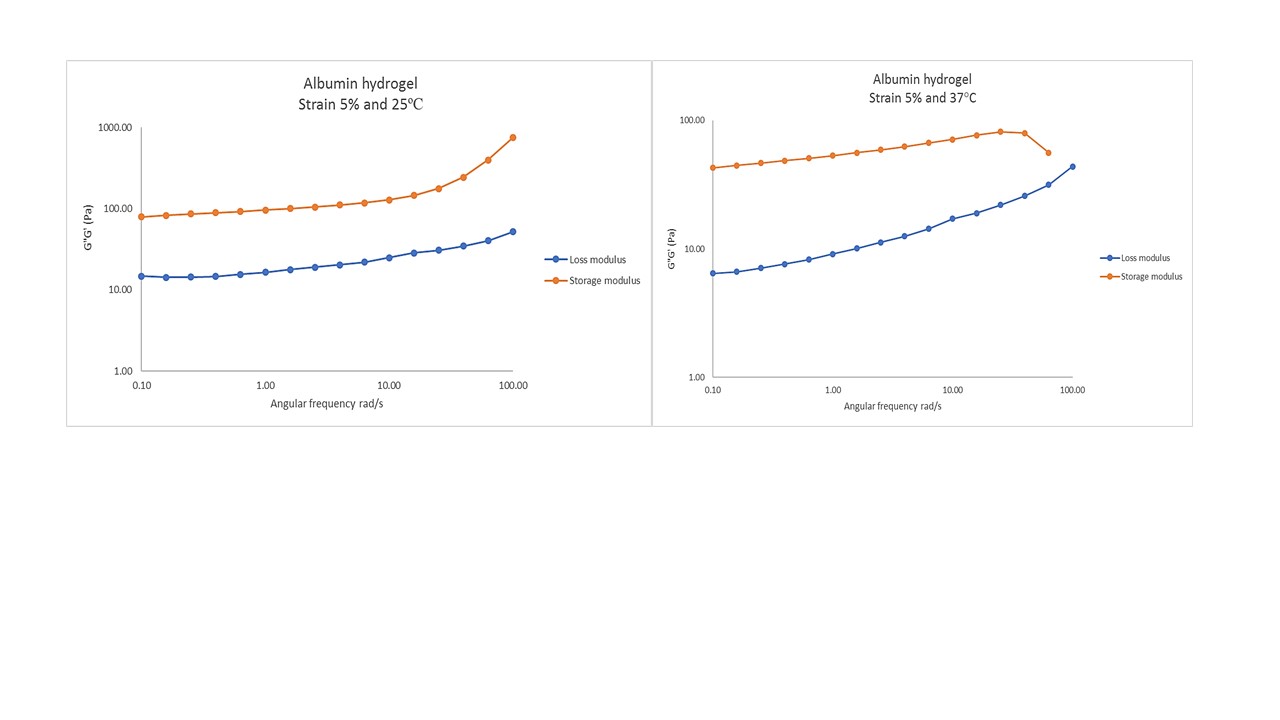