Purpose: Supercritical fluid chromatography (SFC) is establishing itself as a preferred method for small molecule chiral separations. Demand for method development of separating more polar, amphoteric compounds has increased as SFC sees wider use in the pharmaceutical industry. The use of water and aqueous buffer additives with any alcohol as a co-solvent can improve solubility of hydrophilic samples or allow for more polar samples to be analyzed by chiral SFC.


Methods: To develop a chiral method, multiple chiral columns are screened against multiple mobile phases or co-solvents when using SFC. When evaluating the results of an initial screen, several parameters are examined to decide whether or not to use water. Amphoteric compounds often perform best on SFC with an aqueous buffer present. Samples retained on column during the initial SFC screen may benefit from the addition of water increasing the polarity of the fluid. Initial sample solubility may also point to using water in method development if the sample has poor solubility in methanol and less polar typical SFC co-solvents.


Results: Jinchu Lui et al. reported that water as an additive on preparative scale has demonstrated reduced tailing of hydrophilic compounds and attributed it to their improved solubility in water instead of methanol. Broad peaks along with poor solubility can often significantly reduce chromatographic productivity. Increased solubility benefits can also be extended to the buffers themselves. Ammonium acetate is significantly more soluble in water than methanol. We have used water to allow for a more concentrated buffer system for some low molecular weight, amphoteric chiral separations in order to improve mass load on preparative scale. We have also seen multiple chiral methods made possible only through the use of water and aqueous buffers.

This poster will illustrate the practical influence of water on various separations. Multiple different experimental variables will be evaluated as part of the method development process. Figure 1 shows improvement of chiral resolution by the addition of water increasing fluid polarity. Figure 2 shows another case that had improved peak shape through the addition of water, and figure 3 shows the effect of pH with water on this separation. Figures will be discussed in more detail throughout the poster. Both of these cases would require significantly more method development time to likely achieve inferior results had the use of water not been considered.


Conclusion: Water has various practical benefits in SFC. One of which is increasing the solvation power of the fluid with respect to either the buffer or sample. Another is extending polarity range of the fluid. Both of these parameters can be integral for chiral method development. As SFC continues to mature into a complimentary separation mode to RP-HPLC, additives such as water will need to be further investigated and utilized to maximize efficiency from this blossoming separation mode. 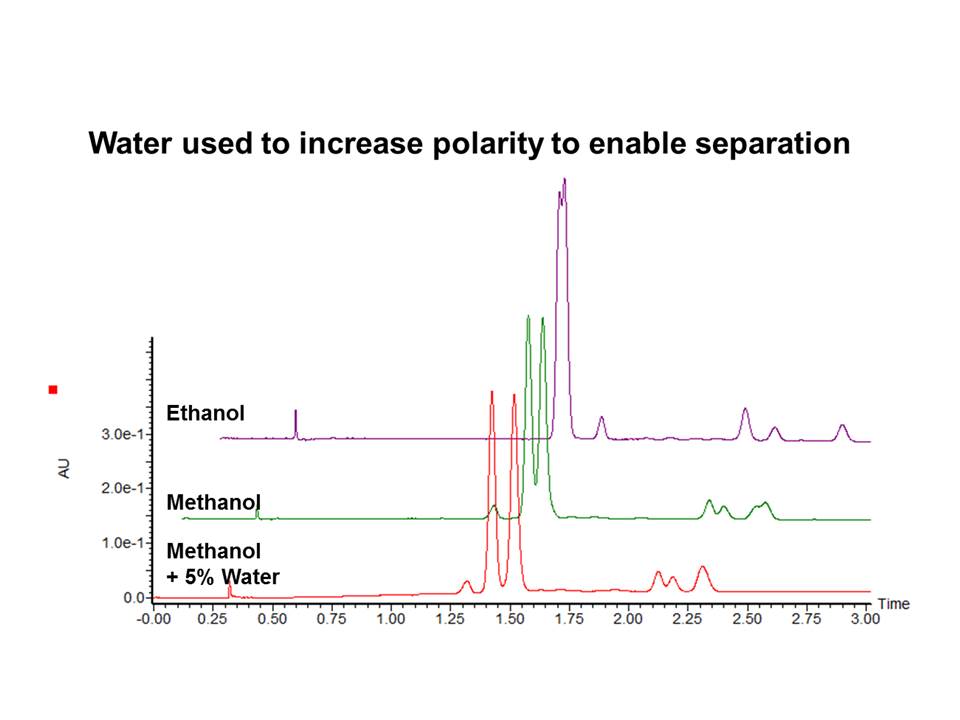 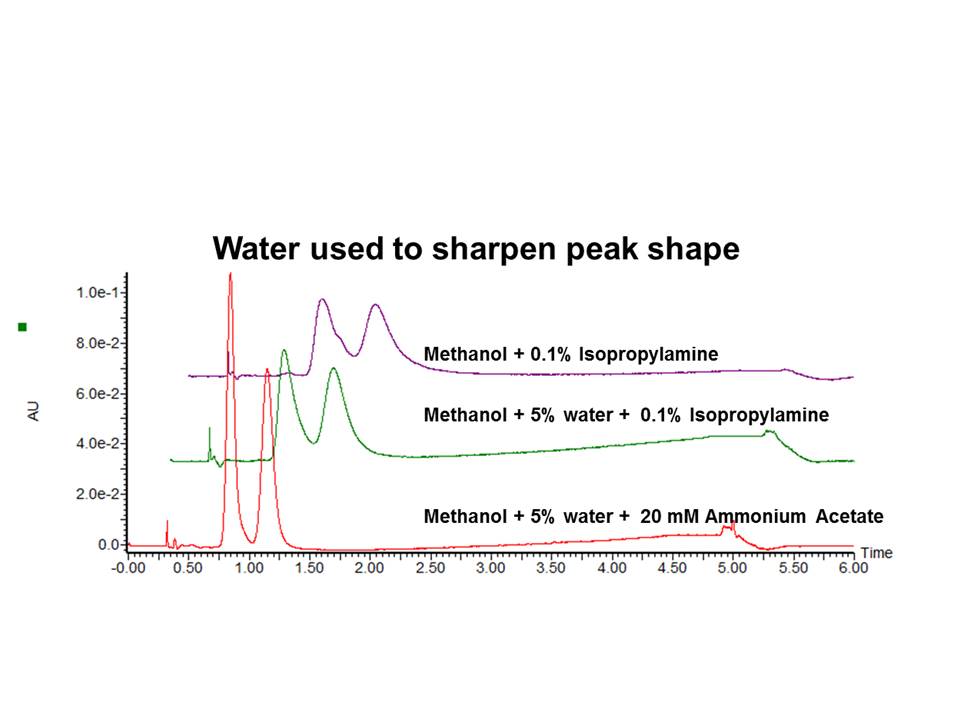 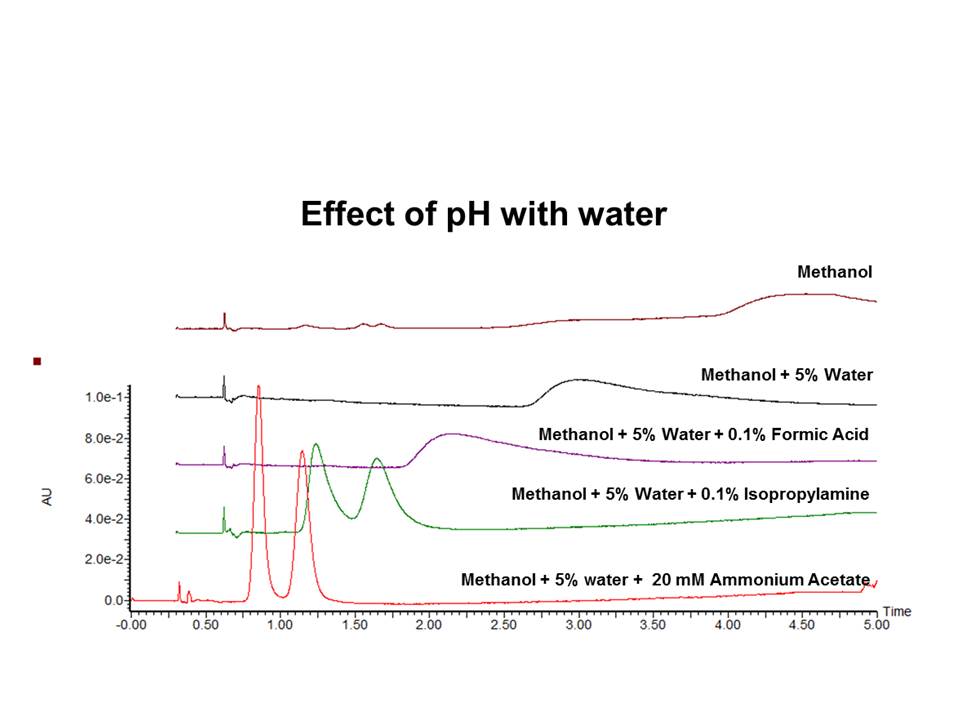