Purpose: Among recently developed pharmaceuticals, many synthesized candidate drug compounds have a low bioavailability due to their low aqueous solubility and/or permeability. The main methodologies reported to improve this issue, especially the solubility, include alterations into amorphous solid dispersions (ASDs). ASDs were found out the utility more than half a century ago, however, the pre-preparations of amorphous solids of API are necessary to provide the final product of ASD formulations, and the manufacturing unit operation cutbacks are ideal from the viewpoint of high-level quality control and cost saving in the recent pharmaceutical industry. In addition, an accomplishment for high drug loading granules or tablets is difficult in ASDs because of high concentrations, such as 70−80%, of polymer carriers to enhance the solubility, stability, and drug-polymer interaction.

The present study focuses on, (1) reducing the number of manufacturing operations for solid dosage formulations, (2) preparation of high drug loading ASD granules without pre-preparation of amorphous solids of BSC class IV drug, and (3) characterization of the obtained ASD granules. Traditionally, hot-melt extrusion and spray drying methods are widely used to prepare ASDs; however, these methods require to spend time for the preparation despite of the low drug loading. We consider the direct spray granulation method without core particle such as silica particles as the alternative method. In this study, a continuous-spray granulator (CTS-SGR) is used as the direct spray granulation method. The granulation mechanism by the CTS-SGR is consisted of three-unit processes as shown in Fig.1. Comprehensive identification of SGR granule was performed to predict the bio-availability of the granules.


Results: Fig. 2 shows SEM images of SGR granules. The particle size of the granules with 0% PVP-VA was the smallest and formed microspheres similar to a spray dried sample, whose size would become the nuclei of granule. In proportion to the concentration of PVP-VA, the size of granules increased, and the surface became smoother. All of granules showed a halo XRD pattern and glass transition followed by the crystallization, which suggest forming an ASDs, and the amorphous state was maintained for 6 months at 30%RH at a room temperature. In 70%RH, the stability was proportionally to polymer concentration. From a thermal analysis, the thermodynamic stability of the ASD granules was sufficiently high because the glass transition temperature (Tg) was over 178.7°C at least and also even pure PVP-VA was enough high (107.8°C). The ΔTg value between experimental and calculated Tg from Couchman−Karasz equation showed RBM interacted with polymer carrier in granule that lead to time scale stabilization, as with the results of XRD. Peaks in IR spectra of the granules due to carboxylate COO− group appeared at 1595 cm-1 and 1394 cm-1 by the SGR process. The characteristic peaks of RBM at 1480 cm-1, 1510 cm-1, and 1540 cm-1 were corresponded to amide II bands. These bands were shifted or disappeared in proportion to the PVP-VA concentration because amide of RBM interact with the polymeric matrix through hydrogen bonding. Finally, the solubilities of SGR granule and tablet in acidic and water medium were enhanced compared with bulk RBM crystals.


Conclusion: One-step SGR method could be used to prepare the ASD granules to enhance the solubility of RBM by a continuous spraying and layering system without core particle. The obtained granules had specific characteristic, such as high drug loading, heavy and dense particle, thermodynamically stable state, drug-polymer interaction, and the greater solubility. The SGR method, which directly generates granules from solutions, has the possibility to reduce manufacturing operations. The SGR methodology can contribute to new process development in the pharmaceutical industry. 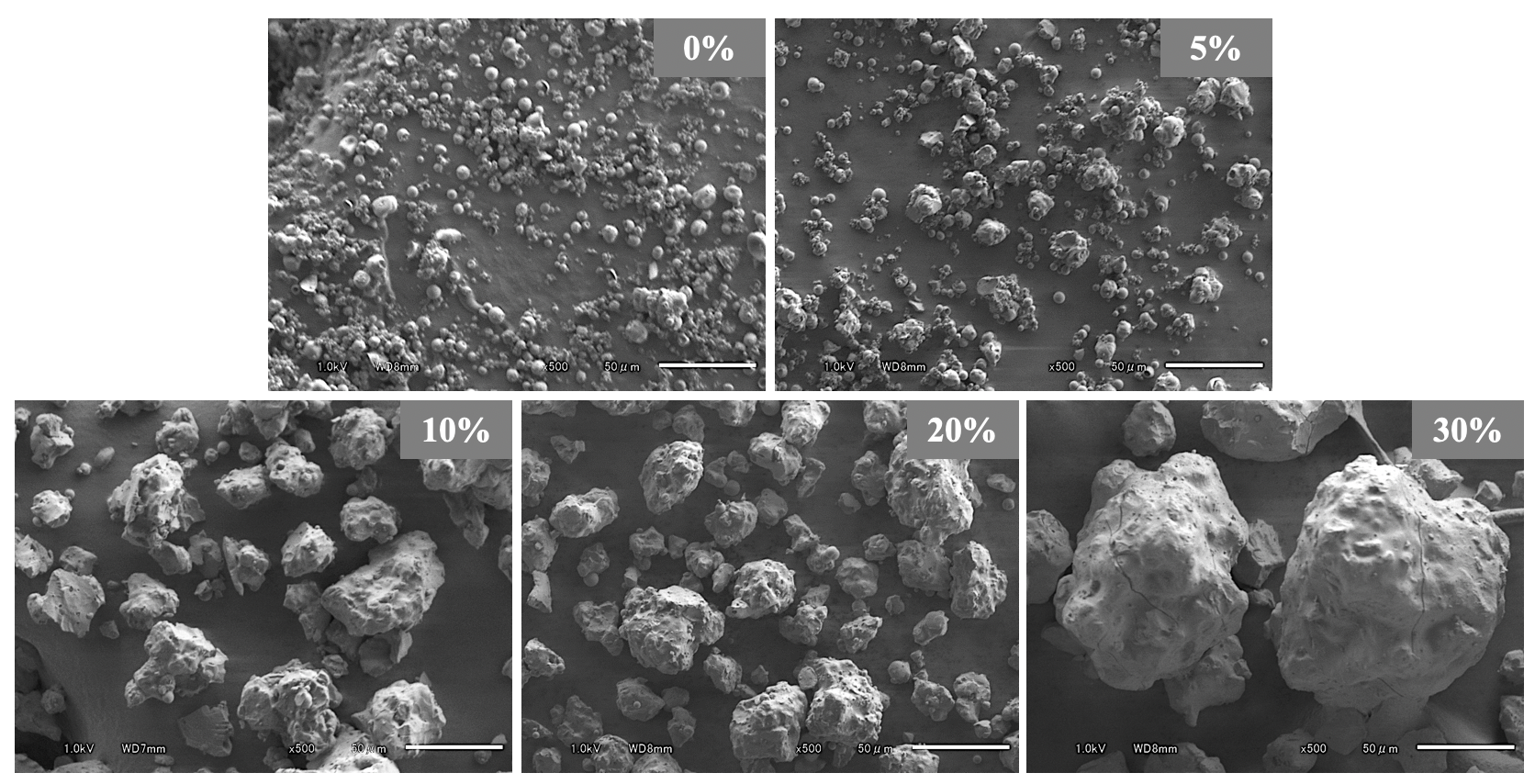